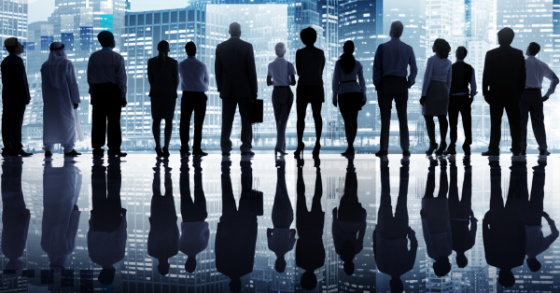 “Liquidate labor, liquidate stocks, liquidate farmers, liquidate real estate. It will purge the rottenness out of the system. High costs of living and high living will come down. People will work harder, live a more moral life. Values will be adjusted, and enterprising people will pick up the wrecks from less competent people.”

-Advice given to Herbert Hoover by Andrew Mellon

It doesn’t matter what I believe or think is right. What matters is what the Fed believes. And I can only take action based on what I think they believe. And what I think they believe is that in order to break the back of inflation, they need to break the labor market. Liquidate labor in the infamous advice supposedly given to President Herbert Hoover by Treasury Secretary Andrew Mellon.

There have been many times over the last 30 years or so when bad news has been good news for the market and financial conditions. If there were economic weaknesses, then this would lead to yields coming down and stocks rallying. Debt throughout the economy has grown quite significantly over the last ten years, as this chart shows.

The higher amount of debt has made the economy more sensitive to interest rates and Federal Reserve policy. Thus, when economic reports are negative, this can influence the Fed to be more accommodative, which can then loosen financial conditions and help counteract the economic weakness. And because inflation was not the main concern, but disinflation or even deflation, the Fed didn’t need to push back on the market’s reaction.

Today is different, however. Good news is bad news. After the July meeting of the Fed’s Open Market Committee, in which it raised short-term rates by 0.75%, the market actually rallied quite significantly, and interest rates dropped, particularly longer-term maturities. This was based on the assumption that the end to Fed tightening was in sight, particularly because many economic indicators showed the economy was slowing meaningfully.

The Fed was not happy with this reaction because it wants to retain credibility in its inflation-fighting credentials, labor be damned. If inflation is the Fed’s number one concern, then it wants to see a slowdown in demand and economic output. If the market doesn’t take the Fed at its word and believes the Fed will have to back down, then the Fed’s job becomes harder if financial conditions become looser. This is how the bond market reacted to the Fed’s tightening announcement and Powell’s press conference last month. This is not what the Fed wanted to see and led to a number of Fed governors coming out and saying that the Fed is still on a tightening path. 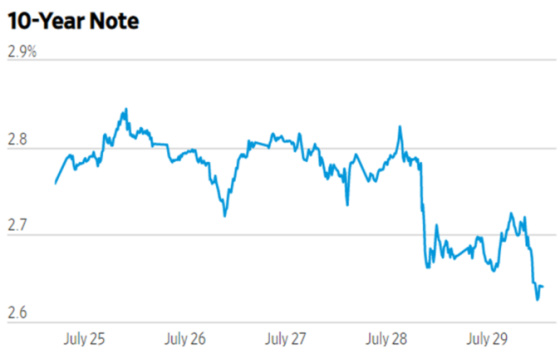 In my opinion, bond investors interpreted Powell’s press conference in which he said the Fed was about 70% there in terms of achieving its inflation-fighting objectives since monetary policy works with a lag, as shifting from being on automatic pilot to becoming more data-dependent. And as I have been writing about over the past few weeks, much of the data was pretty negative, particularly in the manufacturing sector, as well as announcements from tech companies of layoffs and hiring freezes, retailers having too much inventory, housing demand slowing sharply, and the number of job openings falling quite significantly.

It seemed like the last major component of the economy that was holding up quite well was the labor market. As a result, I didn’t feel like the Fed would back off of its tightening path, even in the face of an inverted yield curve which is essentially screaming that an economic slowdown is here or imminent or that a recession is on the horizon. Until the Fed sees labor being liquidated, they would hold steady, especially if wage growth was strong.

Well, last Friday’s jobs report, August 5, 2022, was the shot heard around the world as it came in much stronger than projected, along with the previous two months being revised higher.

The unemployment rate is now back to where it was before the pandemic. 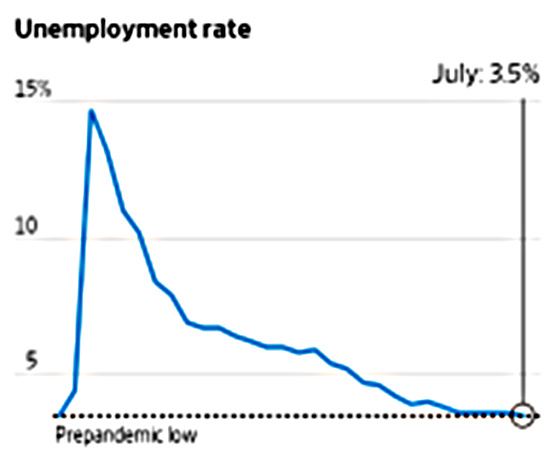 And wages are very strong as well. 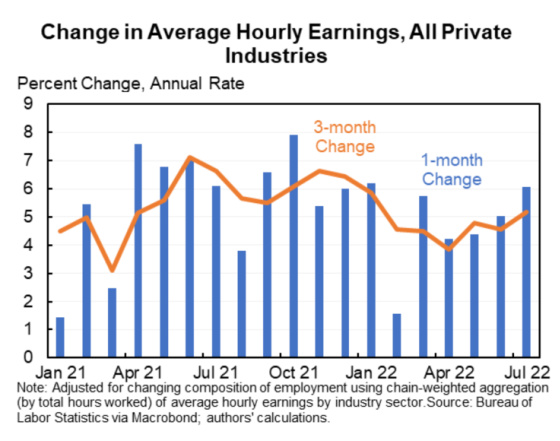 If the Fed is becoming more data-dependent, then this jobs report is a sign that the economy is still holding up well and that inflation remains the number one threat. As a result, the Fed will remain hawkish. One can see how the swift rise in the 10-year Treasury yield is repricing the magnitude of an economic slowdown. The 10-year yield shot up after the jobs report was released. 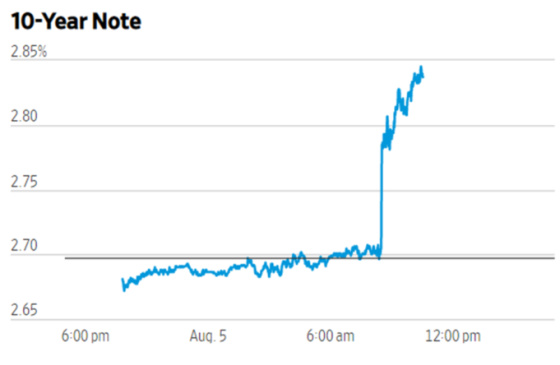 Longer-term yields are more sensitive to projected long-term economic growth than it is inflation since inflation expectations over the long term are still well anchored.

Interestingly, the 10-year yield went up only slightly less than the 2-year, which is far more sensitive to Fed policy.

This leads me to believe that, once again, the market is revising its economic growth estimates higher because the tighter Fed policy and higher short-term rates should serve as economic headwinds, and, yet, this was not the case as long-term rates went up fairly significantly, albeit still far below its current cycle peak of approximately 3.50%.

I’m still in the camp that the overall economic data suggests an economy that is slowing. So what are some indicators that I’m paying attention to that lead me in this direction, besides the ones I mentioned earlier?

The big one is the yield curve and how inverted it is. I just don’t think this time will be different. Each time the 2-year yield exceeded the 10-year yield by this amount, the economy inevitably ends up in a recession (the vertical gray shaded bars). With the Fed hell-bent on curtailing demand to lower inflation, I don’t see how we avoid a rise in joblessness and a contraction in the economy.

Despite the strong jobs report, job growth is slowing on a rolling three-month basis. Admittedly, however, the absolute level of jobs is still fairly strong, so this is something to point out but not necessarily a red flag yet. 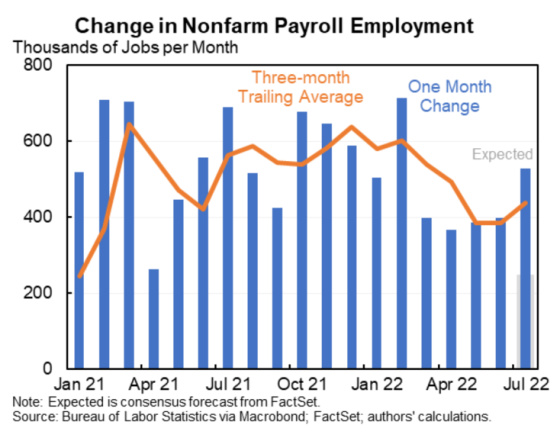 This one is very interesting. Non-farm payrolls are much higher than the jobs estimated from the household survey, which is used to calculate unemployment. The former counts the number of jobs while the latter counts the number of employed individuals. The large gap could be because there are a lot of people with two or more jobs. In addition, the two surveys differ in scope. Here are the differences.

It will be interesting to see which one is more accurate as time goes by. 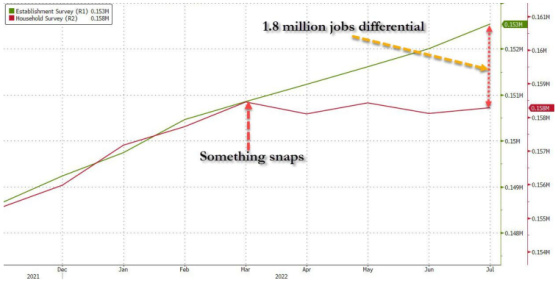 Unemployment claims are a pretty good real-time indicator of labor market conditions. The trend is not very positive, although the absolute level of claims is still historically low. 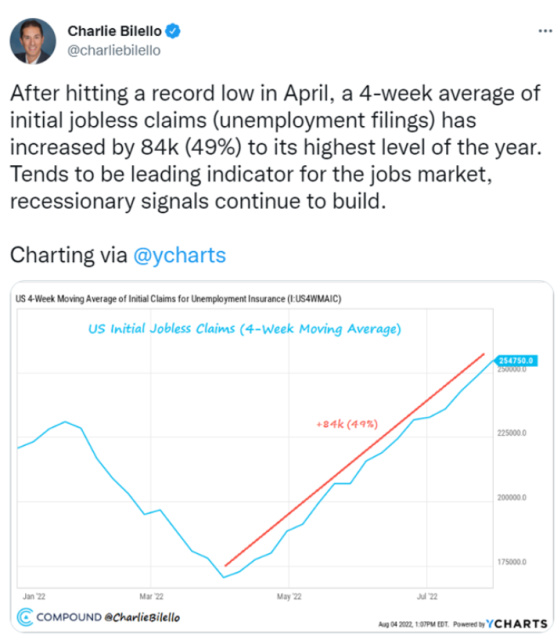 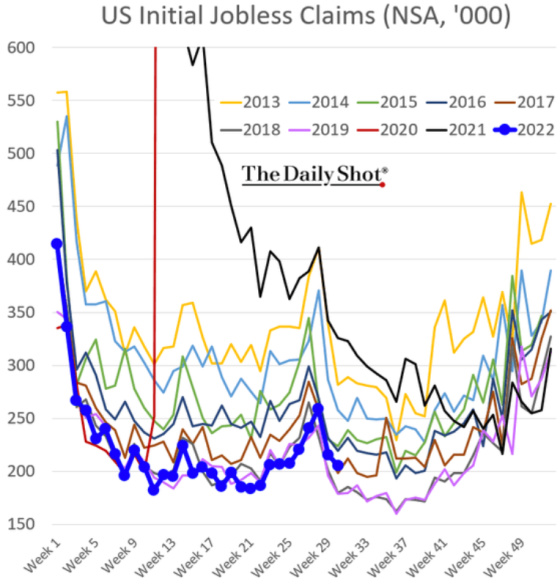 Another indicator that needs to be watched is the labor force participation rate. It has dropped fairly significantly from its pre-pandemic levels, which has contributed to the very low unemployment rate. If it stays low, then the inflation fight may be more challenging and will require an even greater emphasis on liquidating labor. If other factors come into play that draws people back into the labor force, then the Fed could have a better chance of engineering the usually elusive soft landing as the greater supply of labor lessens wage pressures and allows the economy to continue to grow, albeit potentially more slowly given the Fed’s tightening.

The next few job reports will be incredibly important. My guess is we will start to see a slowdown within the next three months. The 10-year Treasury yield is still far below this cycle’s highs, and I think it’s foreshadowing slower growth ahead, albeit not as much of a slowdown as it was pricing in before the jobs announcement. Only time will tell.