Obsessed by Curves: Yield Curves that Is 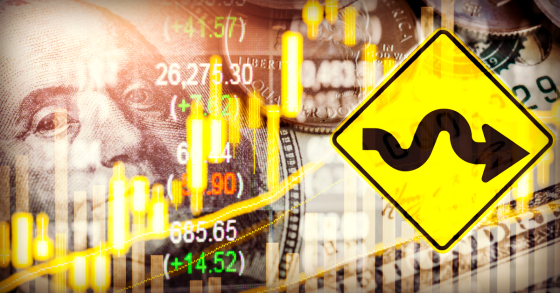 This is going to be a short blog post given my travel schedule last week. I have been talking for awhile now about the narrowing yield curve and the prospects for it inverting. The 10-year Treasury finally went lower than the 3-month Treasury bill which Federal Reserve researchers say is the best indicator for telegraphing a future recession. One can see that the probability of a recession one year from now has increased quite a bit as a result of the narrowing yield curve.

This next chart shows the differential between the two yields on a monthly average basis going back to 1988. The latest data is through February so it doesn’t reflect the current inversion.

Since all of our floating rate loans are tied to Libor the question for us is what will happen to 30-day Libor? One can see in the following graph how when the 10-year Treasury yield exceeds 30-day Libor that Libor subsequently drops over time.

Since the differential first turned positive in February 2008 during the dark days of the Great Recession, the average spread has been 1.89%, implying an even lower Libor if this next down cycle in rates plays out in a similar fashion as the previous one.

Last week two people reached out to me to see if we wanted to start fixing our loans. They were asking because they said seven-year fixed rates were at approximately 3.80% while the floaters we are going to close on are approximately 4.15% (10-year loans). It’s naturally very tempting to consider fixing our loans since fixed rates are now a bit lower than our current variable interest rates as exemplified by the differential cited above. The following chart shows our short-term challenge as it reflects how 30-day Libor has remained pretty flat despite longer rates moving lower.

The next chart shows what has been happening with 12-month Libor. One can see that it has begun to drop which should translate to 30-day Libor going lower as the Federal Reserve gets closer to cutting rates as the market is forecasting.

It’s very tempting to want to lock in fixed rates now but history would suggest, however, that one ends up paying a higher cost of funds over the loan term as the prospects for lower rates are quite favorable while also losing a great deal of pre-payment flexibility.

It will be interesting to look back two years from now to see if we made the right call in the short run, recognizing that the true measurement will be what our cost of funds were for the entire loan term and whether we took advantage of the pre-payment flexibility.