Stuck in the Middle with You in London 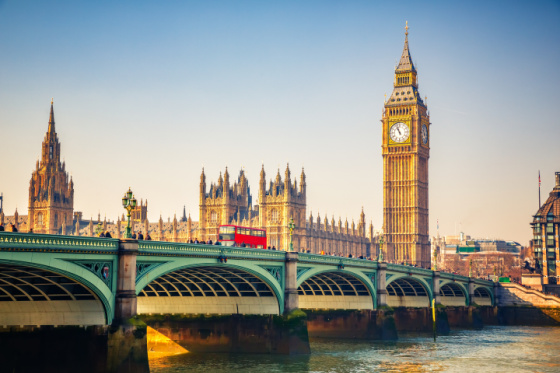 I recently visited London for meetings with insurers. This is the second year in a row I went for these meetings, and the third overall. In spite of the time and cost, I came away convinced that it was well worth it, given how challenging the insurance market has become, particularly in the aftermath of hurricane Ian. It was also reiterated by each of the people we met with how much they appreciated us traveling to London to see them, and they couldn’t stress enough how much they value having met in person and how we keep coming back to London each year. They value long-term relationships, and they said that our continued presence will give us a big advantage over those firms with whom they don’t have personal relationships.

The insurance market, or the reinsurance market, is not very hospitable right now. This impacts us because all of the numerous firms that provide our layers of insurance hedge much of their exposure by purchasing reinsurance from companies like Berkshire Hathaway, General Re, Munich Re, Swiss Re, etc.  Over the past decade or so, reinsurers have attracted a lot of outside capital in the hopes of capturing steady, bond-like returns but with higher yields. Insurance-Linked Securities (ILS) and catastrophe bonds are typically structured to pay returns to their owners unless cumulative losses for the industry exceed a certain predefined level.

Unfortunately, losses have been exceeding these thresholds such that the returns generated by these instruments have been disappointing and created investor fatigue. And with Ian having just torn through Florida, 2022 may not be a wonderful year either. This is resulting in capital leaving the industry. This is the case because the return on risk-free Treasuries has increased materially, lessening investors’ appetite to expose themselves to risky investments without higher returns. This is especially the case when reinsurance is most exposed to catastrophic events that seem to be happening more frequently and with more severity. Clearly, the models being used by insurers have been off, and, as a result, they have been underpricing their products. Events like significant inland flooding and freezes in Texas and massive fires due to seemingly ever-present drought conditions in the west have resulted in very large losses, which have generated sub-par returns due to inadequate premiums being charged.

An example of an unexpected type of loss came from one of the people with whom we met. At the beginning of the meeting, he said he was reviewing information that had just come in related to a claim related to Ian. It was for an apartment community in Orlando that he thought could have a loss of $75 million related to flooding generated by the huge storm surge and rains. I’m sure they assigned a fairly low risk to this occurring and priced the premium accordingly. When models go bad, it can be very costly!

At CWS, we have avoided Florida for fear of climate change wreaking havoc on the state and, more particularly, the insurance market, as we have feared that it would become non-economical to purchase and we would ultimately have to be prepared to take on very material financial risk to essentially self-insure much of our exposure. Avoiding Florida has definitely resulted in us leaving a lot of money on the table, given how much Florida has grown and rents have escalated, particularly during and after Covid. However, time will tell whether we made the right decision. Without question, after Ian, insurance costs and deductibles are going to go up substantially. It’s going to hit homeowners extremely hard. It will be interesting to see what happens to HOAs that get hit with very large premium increases, if they have the financial wherewithal to pay them, and whether this will impact property values. Florida touts its lack of state income tax as a great reason to live there, and undoubtedly, it has been an important reason for people to move there, particularly from high-tax states like New York. On the other hand, some of these savings is being eaten up by the very high insurance costs of owning a home there.

The other major issue facing insurers relates to replacement costs and the insurable values assigned to the properties they are providing coverage for. Insurers are waking up to the fact that they have been assigning values that are too low, which means they have been underpricing their product because they are still often required to pay for the repairs, subject to deductibles and other first loss requirements, even if they cost more. And cost more than they have! Higher commodity prices, supply chain delays, labor availability, and the much longer time frames to complete repairs and rebuilds have driven up the exposure of insurers, including, of course, reinsurers, to levels far beyond what they were modeling. And throw in an increasingly litigious society, and the costs have risen even faster than projected. As a result, they have not only been receiving inadequate compensation for the risks they have been exposing themselves to due to inaccurate models but also for the dramatic escalation in the cost of what they are obligated to cover when a loss does occur.

It’s no wonder that capital is exiting the reinsurance industry. This is now resulting in far stronger pricing power for those companies willing to provide reinsurance. I suggest you read this article for further discussion about the need for reinsurers to materially increase premiums to retain and attract ILS capital.

Fitch suggests rates need to rise significantly to ensure cat bond and ILS investors are earning sufficient returns to compensate them for taking the level of losses experienced in the last five years or so.

We’ll know a lot more when our program renews at the end of the year. I’m expecting it to be rather challenging, and we have to brace ourselves for our insurance costs going up by as much as 20% (hopefully not more). Our insurers appreciate the long-term relationship they have built with CWS and our presence in London every year since 2009. On the other hand, they’re going to be squeezed by their reinsurers so that we’re ultimately both at their mercy. It reminds me of the song Stuck in the Middle with you where Gerry Raferty sings:

Clowns to the left of me,

Jokers to the right, here I am,

Stuck in the middle with you.

I’ll wrap it up with a few pictures from London, and hopefully, I can share about Paris next week.

I like this picture of a guy on the Tube (subway) wearing a mask, surrounded by many people, and reading Outbreak. 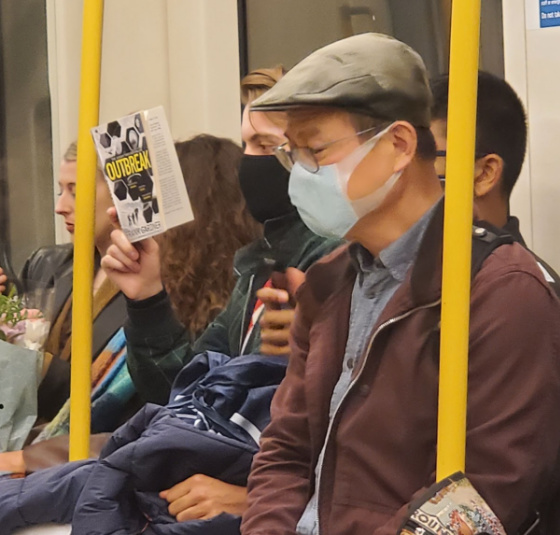 In Paris, we visited Roland Garros (home to the French Open), so we couldn’t go to London without paying Wimbledon its respects as well. Wimbledon is in a lovely area which makes going there even more enjoyable. While at All England Lawn and Tennis Club, we had the pleasure of getting to see Centre Court. I could envision Roger Federer being out there working his magic. It truly is a very special place. 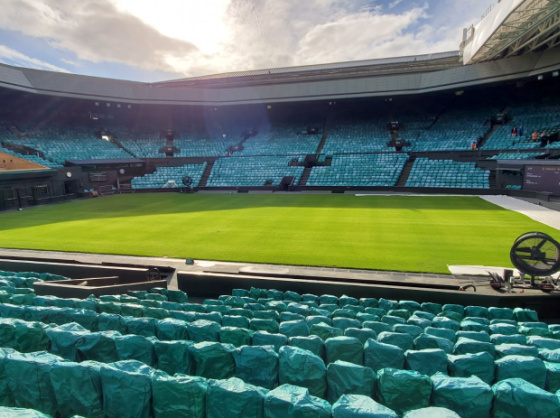 Battersea Power Station was a power plant built in two phases. The first phase was constructed between 1929 and 1935 and the second between 1937 and 1941. Battersea A was decommissioned in 1975 while B went offline in 1982. It’s enormous and is probably most famous for its two massive towers being on the cover of Pink Floyd’s album Animals and having its legendary inflatable pig between the two. 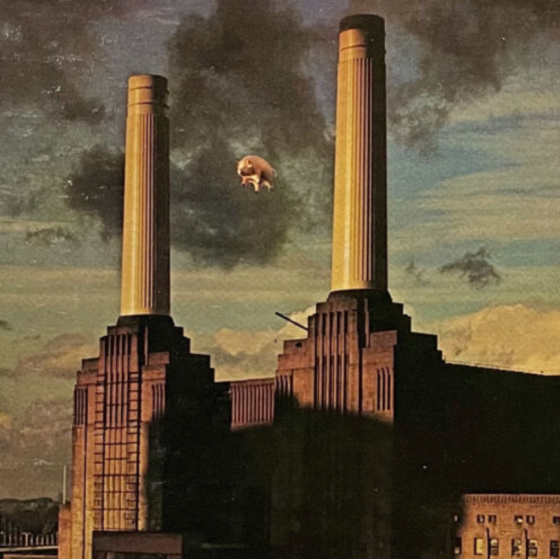 After many years of failed redevelopment efforts, a group from Malaysia took control of the property in 2012, and after investing over $10 billion, it was converted into a massive multi-purpose hub that has wonderful retail, housing, and offices. As a testament to its allure, Apple moved its European headquarters there. It literally opened to the public when we were there, and we went to visit it on the second day that it opened.

On one of the walls in the shopping center, which as an aside, is the most dog-friendly shopping center I’ve been to, there’s a timeline of the history of Battersea Power Station. And here is my favorite entry, which I had to photograph. I suggest you read what is written as I couldn’t stop laughing after reflecting on what happened.

One of the restaurants that focus on pancakes already has a very strong demand. 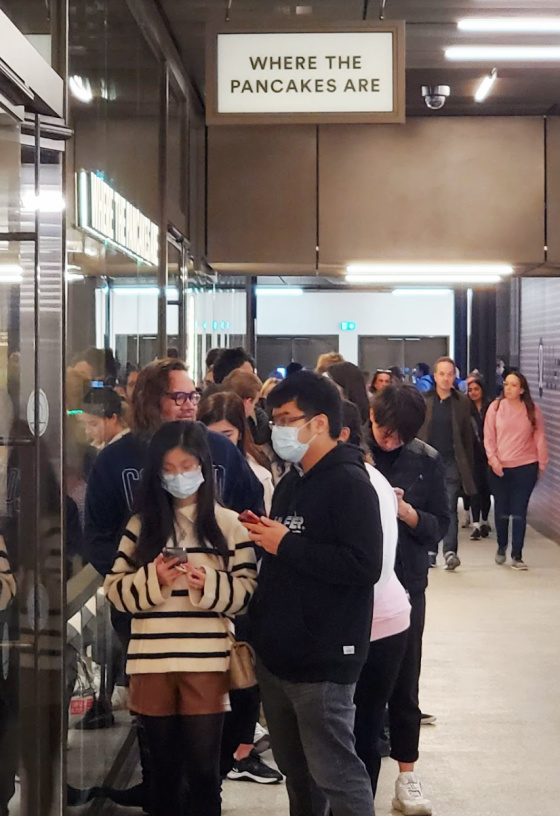 Here are residential buildings under construction. 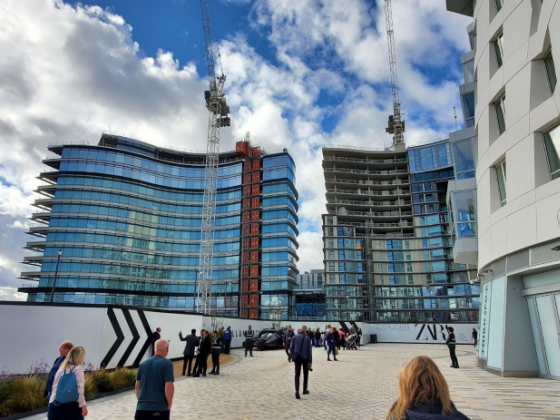 Finally, here are a couple of pictures of classic London landmarks from the ferry (which is now owned by Uber) to Battersea Power Station. 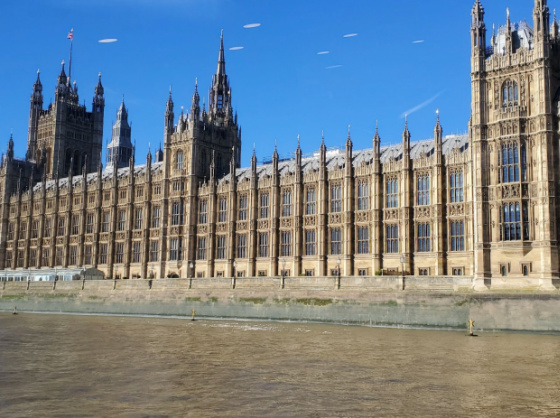 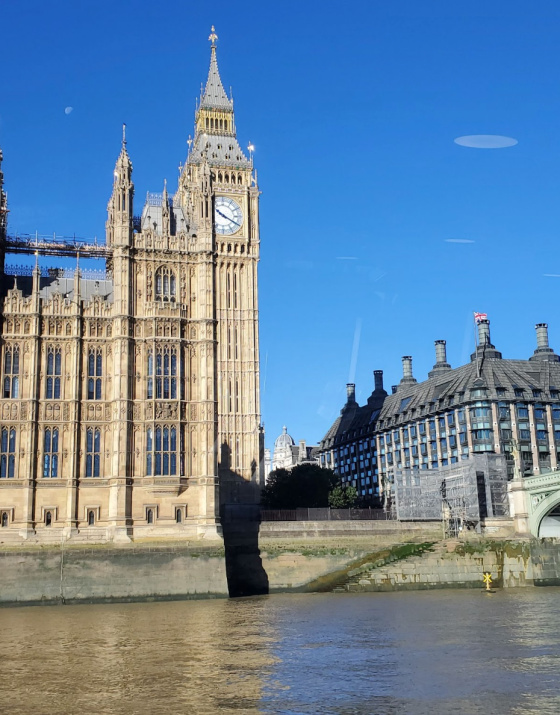 2 comments on “Stuck in the Middle with You in London”