Cats in London (Not the Play) 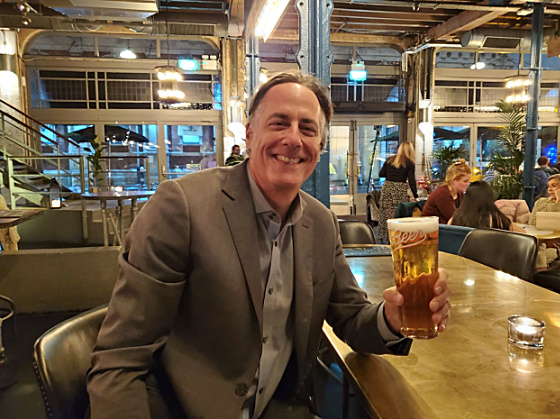 I was in London last week for my first international trip since March 2020. It was nice to be overseas again. Given time constraints I will target sharing more of a pictorial journey of my trip after I get back. I like keeping a travel log via this blog as it can serve as a diary of my excursions around the world and gives me a place I can return to if I want to revisit some of those trips. I have also been told that people find them interesting and give them some ideas of future travel destinations.

I traveled to London to have meetings with different insurance companies to discuss the CWS account. Another colleague and I participated in 16 meetings, including two dinners, that were set up by our insurance broker. Some of the attendees were currently on our insurance program while a number of others were prospective participants. It was gratifying to see how enthusiastic people were to meet with us and to have in-person meetings once again. For a number of them, this was their first in-person meeting since Covid. They all said that there is no way Zoom can replace getting to know prospective clients, especially when their goal is to cultivate and maintain long-term relationships with those they insure. They were very thankful for us having flown to London to meet them and appreciated us being a catalyst for them to restart in-person meetings. One person, we met with bought a home during Covid but prior that lived with two others in an apartment in which wifi did not extend to the bedrooms so all three of them had to work at the same table in their living room which necessitated others hearing their Zoom calls. Her roommates came to learn more about insurance than they ever cared to know.

Another one mentioned that he was getting married in December. After we congratulated him we asked if it had been postponed and he said yes. This then made me wonder aloud whether there were any postponed weddings in which the spouses changed. That led to a laugh and then he said that he was aware of a Covid divorce. A friend of his is an avid jogger and takes the same route almost every time he goes for a run. One day he decided to alter his path and went through a park and jogged by his wife and saw her being very cozy with another man. He did a double-take after passing them, turned around, ran toward them, only to see both of them running off together realizing they had been caught. I digress.

What is a Cat Event?

The insurance market is very challenging for multifamily owners like CWS because the industry has experienced a lot of losses over the last decade or so, particularly for those insuring owners with a large Texas exposure like CWS. Floods, hail, freezes, fires, etc. have led to large losses for insurers so they are a bit gun shy to take on too much exposure in this area.

The CWS insurance program has many layers put together by our brokers who work with many different carriers to take on different levels of exposure and dollar limits, as well as when those limits kick in. The primary layer is in the first loss position and comes with the highest premiums. The premiums drop as we move up the layers because the risk of loss goes down quite a bit. On the other hand, if a loss does occur, it can be much larger than the premium received. This can occur when catastrophic events take place. Unfortunately, CWS has had a couple of major Cat events, as they are referred to in the industry, over the last five years.

In 2017 we had three properties materially impacted by the flooding from Hurricane Harvey in Houston which triggered losses close to $30 million. During that time multi-family insurers had underpriced what is known as attritional risks. These are losses that are generally caused by humans. The biggest attritional loss comes from fire. This inadequate pricing led to a lack of premium available to cover Cat risks. Over the next four years, insurers did a good job of increasing premiums and pushing more first-loss risk to multifamily owners via higher deductibles, and using insurance captives to fund earlier losses as well. CWS formed a captive that receives premiums and is used as an early shock absorber to handle most attritional losses and a small percentage of Cat events. Unfortunately for insurers, however, the mispricing that was once present for attritional loss risk shifted to underpricing Cat risk.

2021 was a big wake-up call for the insurance industry, especially those insuring multifamily properties, as one event took place that led to huge losses but was never contemplated and, therefore, not priced in when determining the amount of premium to charge. This was the Texas Freeze. I never knew that the insurance industry referred to this event as Ury, but that’s what I learned in London. Whatever you want to call it, they had not figured on such a situation leading to such significant losses. And yet it did and CWS was no exception in suffering losses from the event. In fact, we got hit particularly hard because 92% of our properties are sprinklered, which is usually what insurers want to have in the properties they insure. Unfortunately, in our case, this was a detriment because when the power was shut off for a long period of time the water in our sprinkler systems could not be heated to prevent them from freezing and this led to a number of pipe breaks and significant and widespread water damage.

We had 69 properties impacted by the freeze and over 2,400 units damaged which necessitated moving residents out of close to 700 of these units. The estimated total damage is close to $50 million. To manage the repair of all of these units has been a monumental undertaking and I can’t thank our asset management team enough, along with our capital projects team, working in conjunction with our maintenance personnel and outside contractors. The situation was also incredibly taxing on our operational personnel. They needed to stay in close communication with our residents as well as mobilizing to do all we could to keep everyone safe and supplied with basic necessities while finding other living arrangements for those who were displaced. This was a Herculean task. We learned a lot from managing through Hurricane Harvey but at the end of the day this turned out to be only four properties (one additional one had damage but not materially) that required our intense focus. The Texas Freeze impacted 69 properties. This was a huge undertaking. Fortunately, we are about 95% finished with the rebuild and I am so proud of our teams in terms of how well they worked together and performed to allow us to effectively and efficiently bring these units back online.

Insurers are not only asking themselves whether the Texas Freeze is something that should be priced in as a more probable event or if it was truly a one and 100+ year event. They are also concerned that despite a fairly healthy market in terms of pricing for insurers via high premiums and greater risk retention by clients, they are still not making much money. This is because costly Cat events have been occurring more frequently over the last few years. Hurricane Harvey, Maria, Irma, Ida, Ury, etc. They are absorbing one blow after another.

Another very hot topic is whether insured values are too low. Insurers place an estimate of insurable value for every property they insure and apply a rate to that insured value to come up with the premium. The rate is supposed to incorporate every major known risk, a probability of occurrence, and an estimate for severity.  In most cases, if they underestimate the value, they still have to cover the losses. Historically this hasn’t been much of a problem but it’s becoming more so in the wake of greater inflation resulting from higher labor costs, a snarled supply chain, and commodity prices that can spike to dramatic levels. An extreme example of the mismatch between insured value and actual loss was brought to our attention by one of the underwriters with whom we met. He said that there was a food plant that had an insured value of $73 million upon which the premium was priced but when an insurable loss took place, the loss exceeded $400 million! Ouch.

So now insurers are wrestling with the reliability of their models. Are they capturing all major risks? Are their probabilities for occurrence accurate and are they dramatically underestimating the severity given the more inflationary market and examples of a huge gap between actual insured losses and insured values?

In spite of our two Cat losses, CWS is considered an outstanding insurable risk because of our long-term ownership of assets which allows insurers to ascertain our true loss history because we are not trading in and out of assets and possibly selling those with big losses that are no longer covered and hence excluded from what is presented to insurers.

As one underwriter said to us, “I trust your loss numbers. I can’t say that about many others.” Click To Tweet

CWS also has high-quality assets and a very deep and capable team that can focus on safety and preventative maintenance and deal with issues quickly and competently such that insurable losses can be managed much more effectively than by those who don’t have our capabilities. We have been in the London market since 2009 so they know we are a reliable customer that has a long-term orientation and is very relationship-focused. Just like we don’t want our insurers to fly the coop after one big loss, they don’t want customers who will only chase after the lowest premiums. This is very short-term thinking because we need insurers to be there during difficult times in exchange for us being there for them when it’s a buyer’s market.

We couldn’t be more pleased with how quickly our carriers responded to paying claims. This enabled us to mobilize quickly, minimize the risk of mold damage, and allowed us to repair units quickly, cost-effectively, and get them back on the market rapidly. This benefited everyone and is something we won’t forget. They were there for us when we needed them.

It will be interesting to see how our 2022 renewal takes place which occurs on December 31. I left London recognizing it’s going to be another challenging year for multifamily owners but taking the time and incurring the expense to come to London I am convinced was well worth it as it should give us a leg up and put us in the best position to have a renewal of our policies for 2022 that should be a win-win situation for CWS and our insurance company partners.