The Skyscraper Indicator - Is the Luxury Home Bubble Bursting? 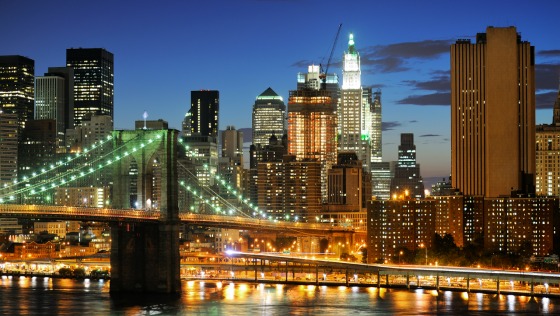 A little while back I read an article by Ron Insana regarding New York luxury condos and how he believed that the top was in and the bubble was bursting. This is in conjunction with another article I read on Bloomberg.com about the weakening London luxury home market. Insana focuses on 432 Park Avenue, the tallest building in the western hemisphere. The newly completed building is 1,396 feet tall, has 126 units (although Insana says it’s 141 units), and the average selling price is $21 million, which is 10 times the cost of an average Manhattan apartment. The cost to build the magnificent building was $1.3 billion and the developers have closed on $130 million of apartments. This represents only 13 apartments and a much lower price per unit than the rest of the unsold units. In an article from 2013, it mentioned that approximately ⅓ of the units were pre-sold, so perhaps more closings are on the way.

Regardless, Insana correctly points out some real concerns about whether the luxury home bubble in Manhattan is now bursting. Apartments are sitting unsold for longer and Real Estate Weekly noted that there were 70 cranes in force in Manhattan in 2015, twice the number that were being used in 2014, and 10 times the number being deployed in Los Angeles. There are over 5,300 luxury condos being built at a time when foreign buyers are pulling back as China cracks down on dollars leaving the country, the commodity crash has hurt Russia and the Gulf oil-producing countries and correspondingly the wealth they have to deploy around the world, and the U.S. Treasury is now requiring that foreign buyers who purchase real estate in excess of $3 million must disclose their identity. The stronger dollar has also made it much more expensive to buy real estate in the United States, which is another headwind for foreign purchases of luxury residential units.

The same is happening in London as well. Luxury home prices in London fell the most since 2009 in the six months ending February 2015 as higher transaction taxes and turbulence in financial markets crimped demand. This is occurring as developers are constructing or planning to build over 54,000 units in central London. This has led to a tightening of credit to developers by nervous lenders. Interest rates on construction loans are rising and the amount being lent as a percentage of cost is being reduced. This will make it more challenging for developers to secure construction financing, hurt their margins, and put pressure on their profitability at a time when it appears that prices have peaked and demand is waning.

All of this brings to mind the infamous Skyscraper Indicator. There is a correlation between the development of huge skyscrapers and economic peaks. This is not surprising when one thinks about it. The plans for skyscrapers are almost always formulated when economic conditions are strong, investors and lenders are optimistic, and money is easy to access. Good times also lead to the desire of individual developers and cities to have vanity projects. Unfortunately, they often come to market just as the market and economy are peaking and soon to be on the downturn.

In addition to skyscrapers, think of the large number of companies that bought stadium naming rights whose businesses went downhill and led to bankruptcy in some instances.

When you hear of an announcement about a very large skyscraper being built I would make an effort to understand what industries are driving that local economy that would support the optimism to undertake such a massive development. And then I would think about lessening exposure to that industry to the extent I have capital invested in it. In addition, I would also think seriously about selling shares in companies who buy the naming rights to stadiums.

It will be interesting to see what happens to these newly constructed skyscrapers. Someone will ultimately make money. It just may not be the developers.

I welcome your thoughts.

2 comments on “The Skyscraper Indicator - Is the Luxury Home Bubble Bursting?”