Lessons From Harry About Being Truly Alive 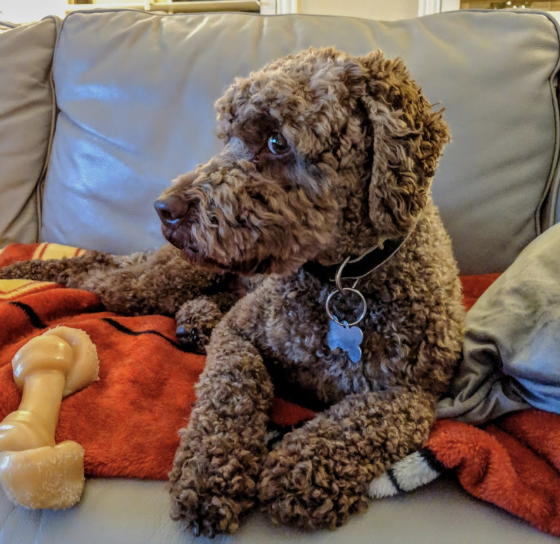 One of the things that Roneet and I had in common was the fact that neither of us grew up with any pets other than the occasional fish. We would sometimes commiserate how they would jump out of the bowl and feel badly about it and how we both felt the sad shock of seeing them on the ground lifeless. Please don’t judge us for not having pets as this was out of our control since it was up to our parents.

Fast forward three decades or so when Roneet and I were walking by a park in Los Angeles in which there was an annual gathering of dogs called Woofstock. We were intrigued by what was going on so we decided to go in and started to walk around. We did this without being “dog people” so we deserve some credit for going outside of our comfort zone. We immediately noticed a woman with a very beautiful and captivating dog. We had to learn more about this dog so we struck up a conversation with her to learn more about it. We came to learn that she had an Australian Labradoodle. We couldn’t get the dog out of our minds and a couple of years later we thought it would be great if our son had a dog so that he could feel the enjoyment of such a fun and loving companion as well as learn from taking responsibility for it. What was unsaid, however, was that we were encouraging him to take the dog as much for ourselves as it was for him.

Roneet went right to work and did a deep dive into breeders and finally found one with whom she felt comfortable. We eventually purchased Harry when he was two months old. Harry is now 18 months old and he has been such an incredible joy and breath of fresh air. How Roneet loved Harry! He brought her so much joy and allowed her to express love so openly. He truly changed her life in so many positive ways.  As I joked in my eulogy about her we would sometimes talk about how if we ever split up we would fight about the other person taking the kids but when it came to Harry we would fight tooth and nail over custody of him. 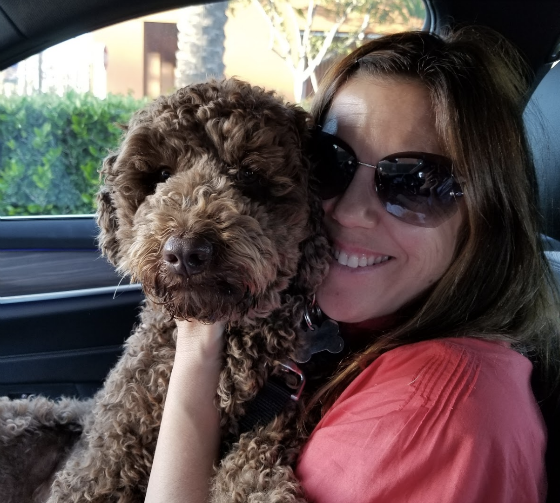 One of my great pleasures is taking Harry to dog parks.  So why do I like that experience of taking Harry to the dog park so much? And why am I not alone as I see how happy other dog owners are seeing their dogs in action there? The reason is that I get to see him when he is completely free and doing what he was born to do. And that is to chase and run and engage other dogs. It is to be active, social, and to express his greatest natural gifts through pure, instinctive living. 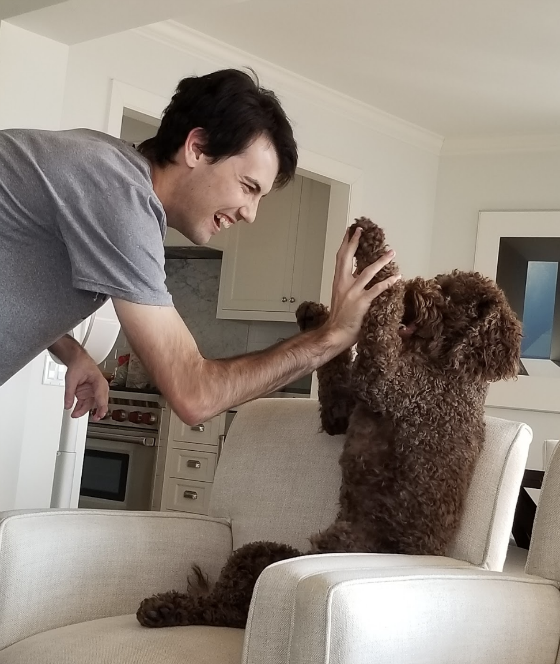 I think about that with regard to the loss that I have experienced with the passing of Roneet and more generally about living a full and complete and joyful life. Regret minimization, which is one of Jeff Bezos’ guiding principles in life, is something that I believe in greatly as well. When I look back on my life and how I invested in it in terms of my relationship with Roneet, my work, the experiences I had and with whom, and my relationships with others, I don’t want to look back with regrets. And most of the regrets in life are the things that we don’t do and the risks that we shy away from. These are errors of omission. There are also errors of omission which are actions that we take that can cause pain for others or to ourselves and, of course, should be avoided if possible. But if they do happen then it is really important to do all we can to make amends to create the opportunity for healing and forgiveness. 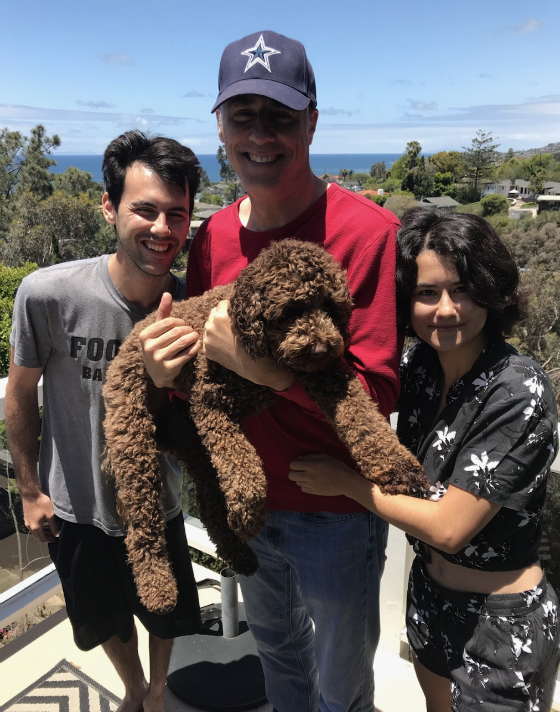 So as I look forward and I think about the new year and people making resolutions and commitments and wanting to change their lives, It makes me think of Harry and what he can teach me in the face of the tremendous loss I have experienced with Roneet’s passing and her unfillable void she leaves behind in so many areas of my life and for her friends and family. I have to keep reminding myself why seeing Harry running and chasing other dogs and being chased brings me so much joy. He is living life, doing what he is meant to do. If the tables were turned that is what I would want, hope, and expect from Roneet. She had too many amazing gifts for them to become dormant because she couldn’t move on or chose not to or felt guilty about doing so. I would want her to know instinctively from our three decades together that all I ever wanted for her was for her to be her best, to feel alive, joyful, and engaged with life and the world. And being incapacitated by the loss of me would not be acceptable. I was never happier than when she was so focused on doing what she loved whether it was at Nordstrom during her career there, stylizing her customers later in life, raising our kids, being there for friends and family, planning ahead for our future, traveling with vigor, and strategizing about our real estate investments. And I would not have wanted her to stop living and I know she would want the same for me. 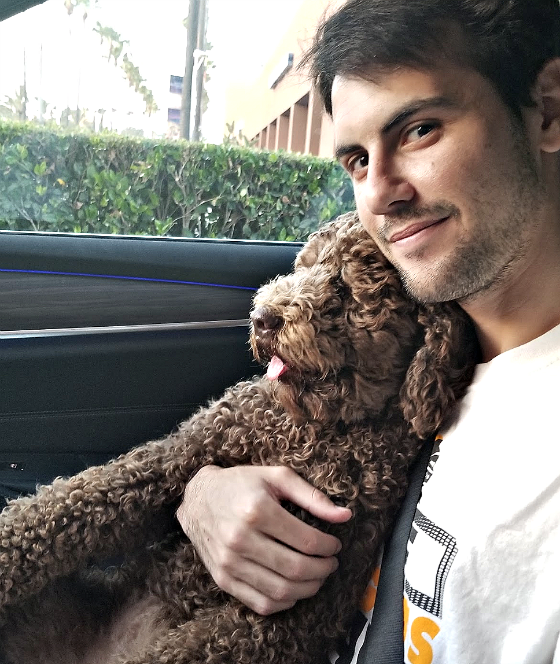 There’s a line in the song Me and Bobby McGee in which Janis Joplin sings:

“But, I’d trade all of my tomorrows for a single yesterday to be holdin’ Bobby’s body next to mine”.

It sounds romantic but it’s quite depressing when you truly think about it. It’s basically saying that we are willing to sacrifice our future (and our lives) just to recapture one day of the past we had with the deceased. That won’t bring the person back, other than for that day, so the end result is that two people have their lives come to an end. I know I wouldn’t want this for Roneet. I would make sure she couldn’t come back to relive that one day if it meant she wouldn’t go on living. Roneet would have gotten so mad at for me for having not seen the romantic sentiment in that and taking it too literally but it’s how I feel.

I don’t want to look back 30+ years from now (God willing I am still alive) and be kicking myself for having let those 30+ years go by as a result of having left so much undone. Like most people, I don’t want unfulfilled dreams and wishes because I didn’t try to attain them or have relationships that were not cultivated that could have been additive to my life. The easy way out is to say that I am feeling guilty for being the one who survived and doesn’t feel right about moving forward with my life or I let the pain overwhelm me into lethargy and a lack of action. Am I really honoring what Roneet taught me and what we created together and what I’m supposed to be as a human being if I do this? I don’t think so. As I mentioned above, I know if the tables were turned that I would want her to use her gifts, which were so immense and so incredible, to continue living her life and helping others. The world would’ve needed her as I believe it needs all of us and the best way for me to honor her is to live my life fully by doing all I can to serve my children, family, investors, fellow employees, the world at large, as well as myself.

So what have I learned from Harry? He has taught me about what it means to be truly alive. To quote Steve Winwood, “While you see a chance take it.” That is what Harry does. He doesn’t stop and ask himself how others might view him or become paralyzed by the possibility that he might fail, he just goes for it. He loves unconditionally and expects to be taken care of in return and to be able to be who he is and that is a great thing for all of us to aspire to. Of course, we are not animals and don’t live on instinct alone but we are also not pure thinking machines. We can balance our head, heart, and instincts to live life with love, vigor, and being open to taking chances to minimize regret.

Harry loved Roneet so much. I sometimes think about if he was no longer himself as a result of Roneet passing that this would devastate her because she absolutely loved how vibrant and full of life he was. To see someone or something lose their vitality and essence is so sad to witness, so if there’s any way we can avoid that and rise above our heartache and sorrow we must do so to honor those who have passed and to help those who need us in the future.

Harry has not only brought so much joy to my life but he has been an invaluable teacher as well.

As it’s been said, “when the student is ready the teacher will be found.”

Thank you, Harry. And on behalf of Harry and I, we hope you have a wonderful New Year. 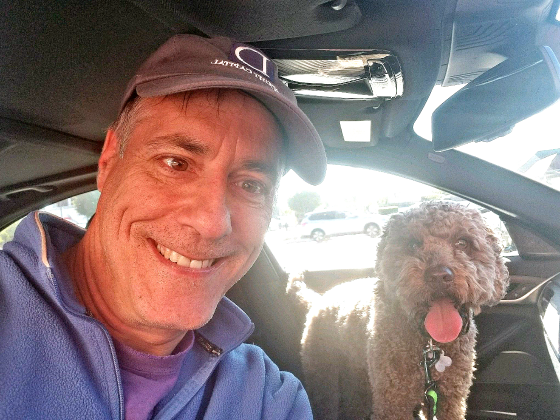 12 comments on “Lessons From Harry About Being Truly Alive”