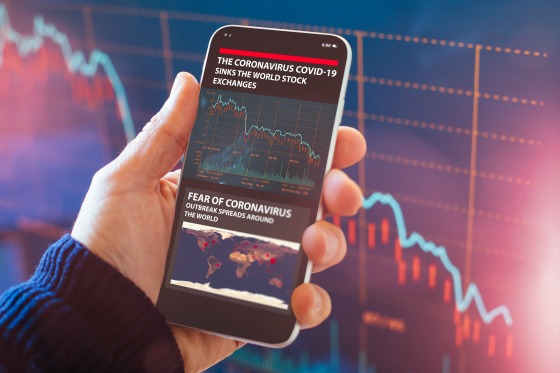 With over $6 trillion in global stock market losses in one week, it’s clear that investors have woken up to the real risk that the coronavirus is not contained, somewhat akin to the subprime crisis that Ben Bernanke famously said was and led to massive financial losses around the world.

Investors are realizing that what China has done to try to curtail the expansion and spreading of the virus through its draconian, authoritarian approach has caused a tremendous amount of economic hardship.

China is clearly between a rock and a hard place, the proverbial Catch-22. The Chinese government not only wants to get people back to work, but it also needs to because not doing so may lead to a regime-threatening economic collapse. And yet, getting people back to work prematurely could spread the virus more rapidly and greatly harm the workforce, the health of the society, and crush any credibility the government has that they are looking out for the welfare of the people. There is no sugar coating this. China has a big mess on its hands and investors are awakening to the fact that this mess could be spreading to the rest of the world.

I wrote last week about the disconnect between record-high stock prices and declining Treasury yields. There was really no way to reconcile the two. One of them had to reverse and it was the stock market that cracked as the following chart shows of the S&P 500 SPDR ETF dropping precipitously. 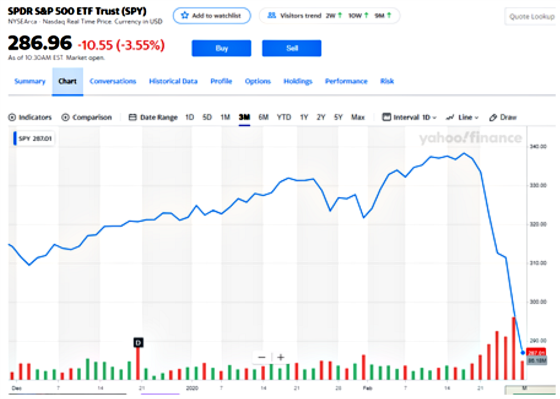 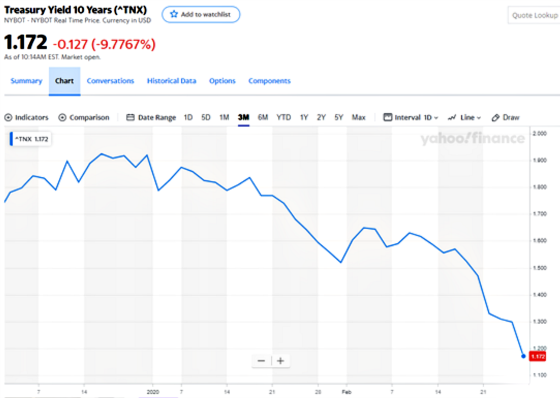 We went from a situation where Federal Reserve guidance and the market’s outlook for future interest rates were finally in sync…until they weren’t. In looking at the Fed watch model and the probabilities of future rate scenarios after each Fed meeting, the market is pricing in four, and a smaller probability of five, rate cuts by the end of the year. Let’s look at how dramatically the probability of a Fed rate cut has increased in only a few days. On February 25th, the probability that the Fed would cut rates by 25 basis points at its March 18th meeting was 23%. Two days later, as the following chart shows, the probability increased to 67%. 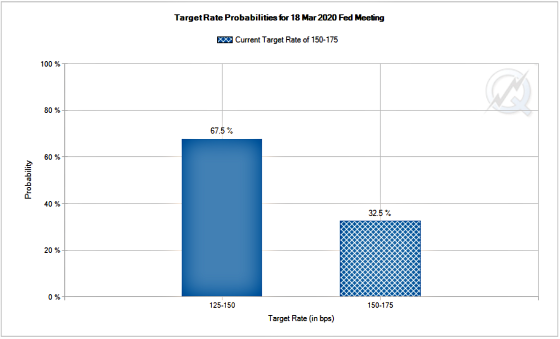 With the dramatic drop in interest rates and the evaporation of so much stock market wealth in such a short period of time, the odds are now 100% that the Fed will cut by 25 basis points and nearly 52% they will cut by 50 basis points!! 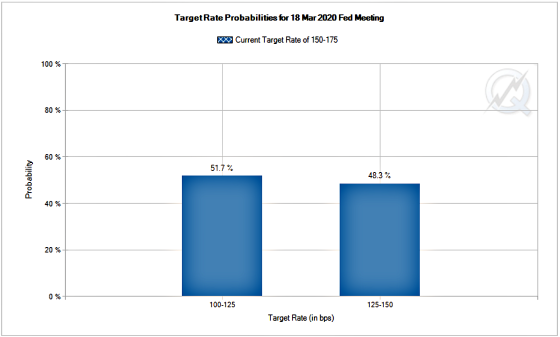 LIBOR is often about 10 basis points wider than the Federal Funds rate, so this would be very beneficial for floating-rate borrowers whose loans are tied to LIBOR, as are most of our loans at CWS. Our budgets for 2020 assume that LIBOR would hold at 1.75% throughout the year and it looks like that will turn out to be a conservative projection. LIBOR on a 30-day basis is approximately 1.58% and there’s been a noticeable drop in the 12-month LIBOR foreshadowing future lower rates as the following table shows. This can be seen in the last row with that rate dropping by approximately 22 basis points from the previous week.

This should provide a tailwind for us in terms of cash flow and offer a bit of a hedge if the economy slows and spills over to weakening demand for apartments and less pricing power for owners. This hedge is not available to those who chose to finance with fixed-rate loans as their debt service costs obviously remain unchanged from an interest rate perspective.

With rates being where they are and inflation staying relatively low, there was an important speech last week by Federal Reserve Governor Lael Brainard entitled Monetary Policy Strategies and Tools When Inflation and Interest Rates Are Low. She discussed some lessons learned from previous downturns and what the Federal Reserve may do when faced with undershooting inflation and a deteriorating economic environment with slack in the labor market. Her research concluded that during the Great Recession they didn’t move fast enough implementing unconventional policies primarily because they were untested and there were fears that the ramifications of those policies may have negative consequences. These fears turned out to be misguided and led the Fed and other central banks to be more cautious in their implementation than they should have been. 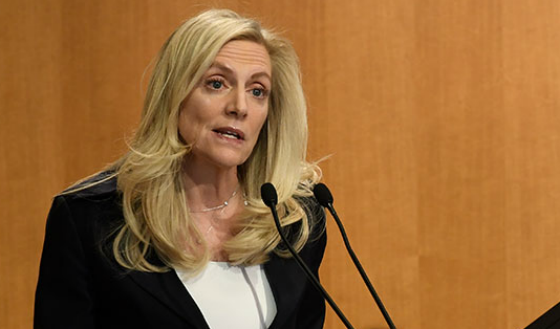 Going forward she would like to see average inflation of 2% over a long period of time, which would require overshooting of that 2% when inflation is under it for a period of time. She also brought up the real possibility of capping interest rates throughout different maturities on the yield curve akin to what Japan is doing and that, along with forward guidance, this would let investors know that rates are going to not only stay low but at a particularly low level for a long period of time so that investors can have a more clear ability to ascertain the Fed’s reaction function or lack thereof and take risk accordingly.

As there are real prospects for a slowdown with the coronavirus I don’t see how we’re not going to be impacted by it in the United States. Given how China has virtually shut down its economy this is already rippling through to tourism via airlines and cruise lines not going to China and other parts of Asia as well as the virus spreading to Italy which will negatively impact tourism there as well. In addition, with virtually no Chinese travelers due to countries not letting them in or their inability to get out, major tourist destinations like Los Angeles and New York City could also be significantly impacted.

Supply chains are already being impacted and have led to companies like Apple and Microsoft either lowering financial guidance or removing it altogether. All of this is happening even before any impact from more cases showing up in the United States.

I don’t believe that rates are irrationally low, particularly when compared to Germany and Japan which have negative short-term rates. This reinforces our belief that having exposure to the variable-rate loans that we do in our portfolio, which is about 80% of our financing, is something that we are happy to have chosen because we not only love the flexibility their lower prepayment penalties provide us but because they are also a good hedge against a slowing economy as well. And while other operators who primarily finance their properties with fixed-rate loans will not be able to gain any material benefit from lower interest costs, we will be able to do so if short-term rates drop as is projected in the forward curve.
I will be braving traveling internationally for the next two weeks. I look forward to reporting on what I observe and experience related to the impact of the coronavirus in other countries.

With California now experiencing its own issues related to the Coronavirus, I may be safer where I’m going. Wish me luck!