The Last Decade in Charts - Here Come the Roaring 20's 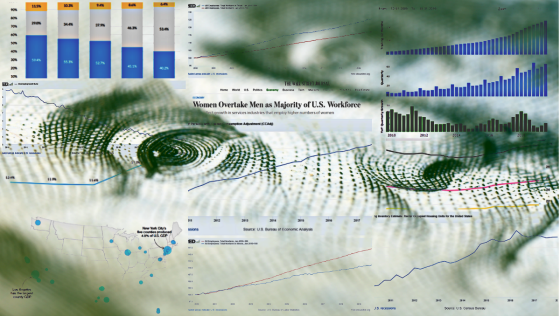 With the 2010s having come to an end and the roaring 20s starting I thought I would look back over the past decade to convey key trends that impacted the economy and apartment investors.

I would summarize it as a decade of continued aggressive Federal Reserve involvement in the economy through continued low-interest rates and expansion of its balance sheet. This excess liquidity found its way into financial assets leading to strong appreciation in stock prices and real estate values and the significant use of leverage by corporations to buy back their stock, pay dividends, and to fund buyouts. The aftermath of the Great Recession led to subdued but stable growth and particularly favored apartment owners as homeownership declined for the first six years of the decade. Industrial owners prospered as well as e-commerce exploded and led to a huge demand for industrial space. Economic inequality widened and this also translated to locational inequality as those metropolitan areas with a strong agglomeration of tech firms and innovative industries continued to attract the knowledge workers and saw their economic output and real estate values grow far more than those locations lacking a large base of such firms and talent.

Let’s start with the Fed. It grew its balance sheet quite significantly between 2013 and 2014 and then it leveled off until it started to shrink it. The contraction proved to be short-lived as markets and President Trump responded very negatively to it and now it is expanding its balance sheet again.

The stock market, as measured by the S&P 500 had a good decade with annual returns, including reinvested dividends, of 13.4%. There was a near doubling of one’s investment over the decade. 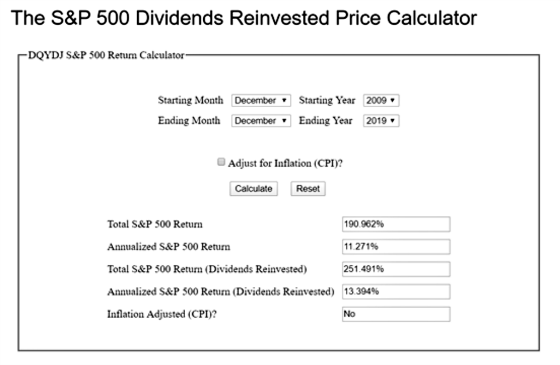 Apple did particularly well as its market capitalization is once again in excess of $1 trillion and it generated annual returns of 30%. 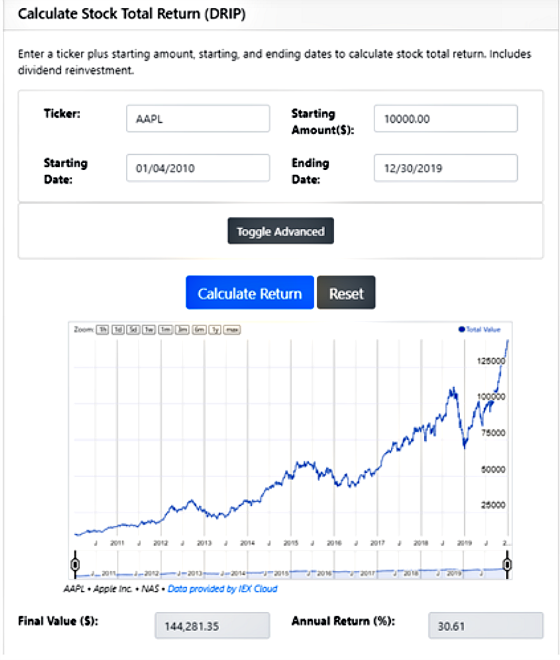 The combination of a bull market in stocks and real estate (to be discussed later) led to greater wealth inequality as the top 1% share of wealth broke away from the middle class’ share and I’m sure it has only grown at a more rapid clip since 2016 given the increase in asset values. 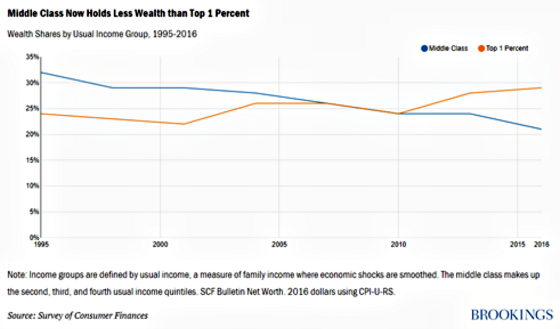 And while more people are concerned about inequality it is not near the top of their most important concerns according to Pew Research Center. 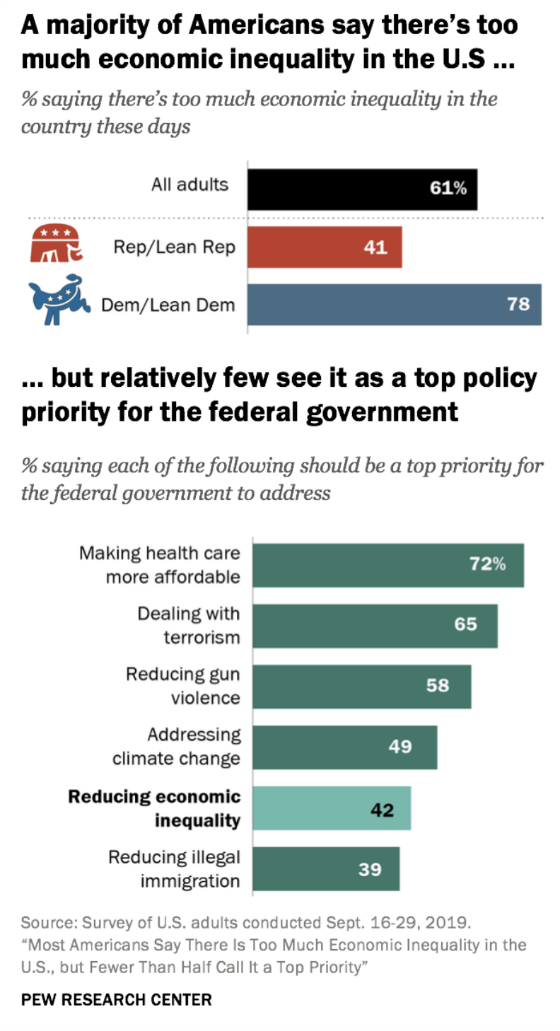 An accommodating Federal Reserve led to longer-term interest rates remaining in a fairly low range. 10-year Treasuries produced an annual return of 3.3% for the decade. 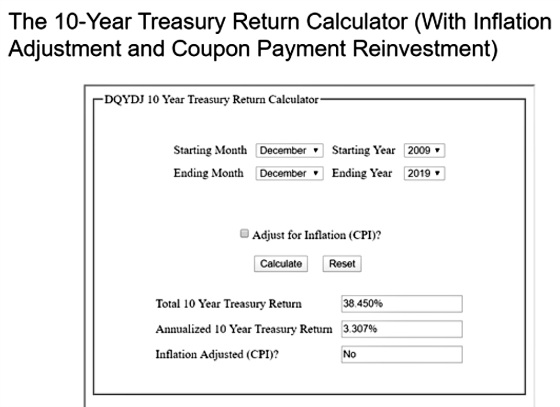 During this time the 10-year Treasury yield averaged 2.40%.

30-day Libor averaged 0.71%, substantially less than the 10-year Treasury, which proved to reward variable-rate borrowers with a lower cost of funds than fixed-rate borrowers.

On a percentage growth basis, China’s increase in debt dwarfed the United States’ as it exploded by eightfold during the decade.

Employment growth was slow and steady but has been on a continuous uptrend for nine years. One can see how after a dismal start to the decade that from most of 2011 onward non-farm annual employment growth has averaged close to 2% with very little deviation.

If we start with when annual employment growth was in a clear uptrend one can see that it has been in a range of about 1.6% to 2.4%. That is, until now, where it looks to have broken the downtrend as job growth is slowing.

Perhaps this slower growth may have to do with a smaller pool of labor with the unemployment rate having dropped significantly.

Women are now back to representing more than 50% of the U.S. workforce.

WASHINGTON—Women held more U.S. jobs than men in December for the first time in nearly a decade, a development that likely reflects the future of the American workforce.

The share of women on payrolls, excluding farmworkers and the self-employed, exceeded the share of men in December for the first time since mid-2010, Labor Department data released Friday showed. Women held 50.04% of jobs last month, surpassing men on payrolls by 109,000.

Turning to housing, the 2010s was definitely the decade of the renter (and landlord). Homeownership dropped quite significantly through mid-2016 until it finally started turning up.

One can see how the number of rental households exploded higher by approximately seven million through 2016 and has since leveled off as home buying has started to pick up again.

Despite the leveling off of rental households, there is still a large number of young adults living at home who may represent a source of future rental demand. 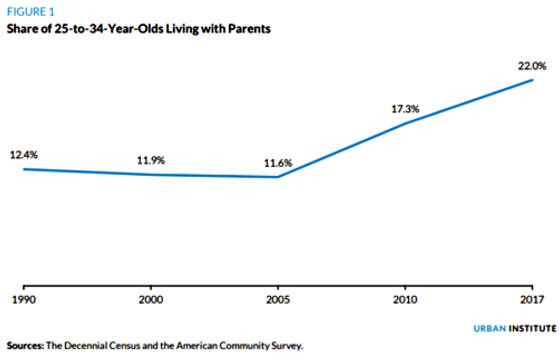 On a percentage basis, less 25 to 34-year-olds got married during the decade. 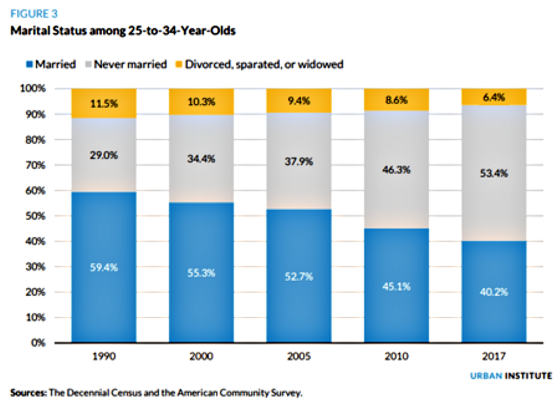 All of these factors led to a terrific decade for owners of rental property as this chart shows the dramatic increase in rental income in the economy. Not all of this is related to housing, but a significant portion is so that this chart is a good representation of the growth that took place in the 2010s.

The winner take all tech-centric, network effect business models that have pushed more people to cities with clusters of highly innovative industries and workers. 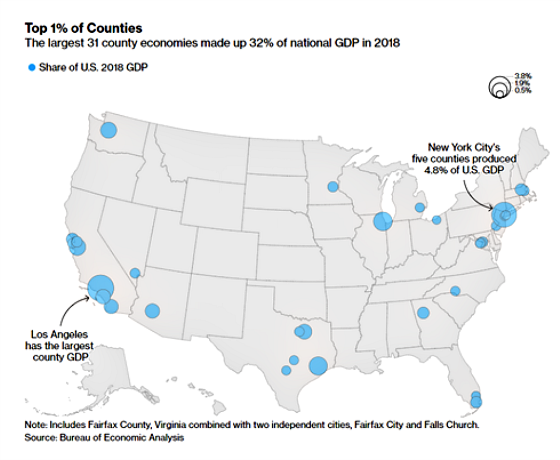 These dynamic economic areas are gaining more in population and employment which is leading to a greater share of GDP. 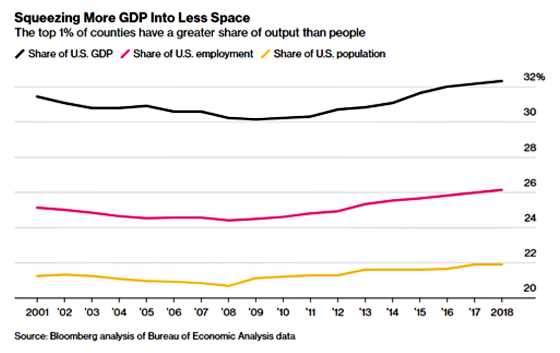 We have been big believers in following the most innovative companies and workers, especially in areas with pro-business governments and policies. This is why at CWS we have made a big bet on Texas as we believe it has not only the ability to grow but the willingness to as well. This chart seems to corroborate this belief.

This has translated to its job growth over the decade easily outperforming the country overall.

We have also avoided states with poor fundamentals that have large pension liabilities, rising taxes, and stagnant to shrinking populations. And despite Chicago being on the map as one of the contributors to the 1% of the counties, Illinois overall is not doing well and is an example of such a state with very poor fundamentals and a declining population and weak job growth prospects.

The concentration of tech firms in these areas has been aided by the monstrous growth in e-commerce and the greater investment in e-commerce capabilities has helped aid this growth. E-commerce now generates approximately 11% of total sales.

No one has benefited more from this trend and catalyzed it as well as Amazon. Here is Amazon’s revenue trajectory. It generated $24.5 billion in 2009 and $265.5 billion for the last four quarters ending 9/30/19. 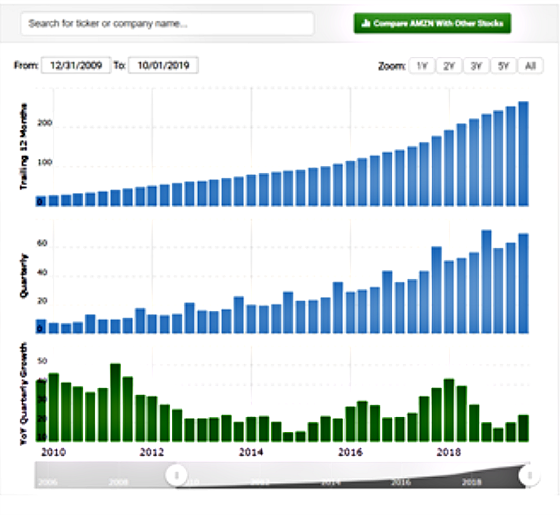 So there you have it. An entire decade in 30 headlines, charts, and tables. From a CWS standpoint, these are trends we thought would take place over the decade and resulted in us being quite active on the acquisition front, especially in markets that outgrew the rest of the nation in terms of population and job growth, as well as utilizing variable rate financing for the vast majority of our new loans during the decade to take advantage of what we felt would be a very favorable interest rate environment.

And while we have started brainstorming about the next decade, in the short to medium term we think many of the same trends will continue to unfold and with one that was not mentioned in this post taking on a much greater significance in the 2020s and beyond. And that is the rapidly aging industrialized world. This will have a profound impact on spending patterns, housing choices, and interest rates.