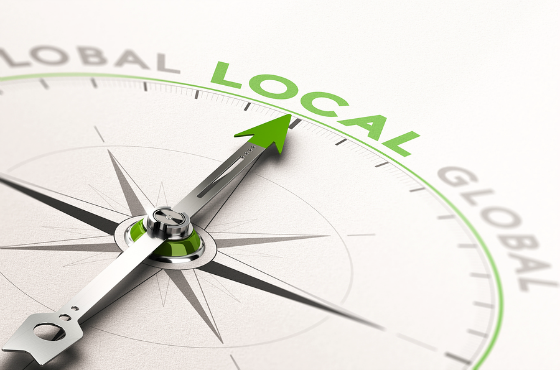 There has been some criticism of Fed chairman Powell as he has gone from saying this in early October 2018:

To telegraphing this on July 10th: 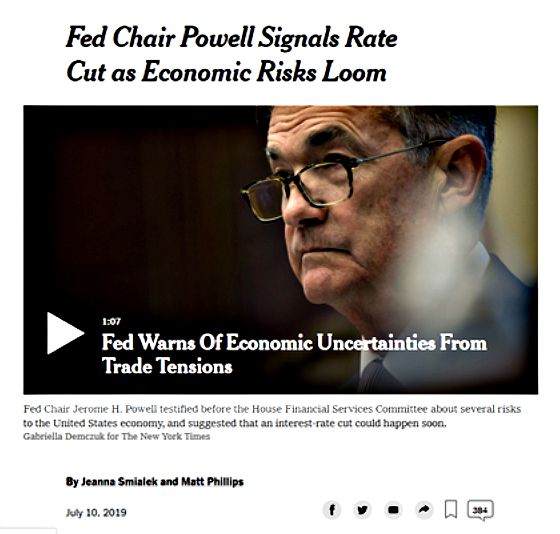 Those who are upset by his dovish turn are irked because they feel like he is kowtowing to the market and Trump who is forcing his hand despite record high stock market averages, generation low unemployment rates, and rising wages. Prior to his testimony, the market had priced in a 100% probability that the Fed would cut rates by at least 25 basis points on July 31st. His testimony has reinforced that and a little bit more as there is now a 78% chance of a 25 basis point cut and 22% of a 50 basis point cut. I’m in the 25 basis point camp but 22% is not an immaterial probability.

I’m more aligned with Powell than not because I think the debt market is correctly pricing in an economic slowdown, particularly as global trade becomes a big drag on world economic output. There are even some indications that the labor market is beginning to roll over. The following charts are supportive of Powell’s concern about global headwinds and trying to fight back against them through interest rate cuts. Let’s first start with the labor market.

We’re starting to see the first drop in a long time of the differential between people saying that jobs are plentiful versus hard to get. This indicator began to roll over prior to the previous three recessions. 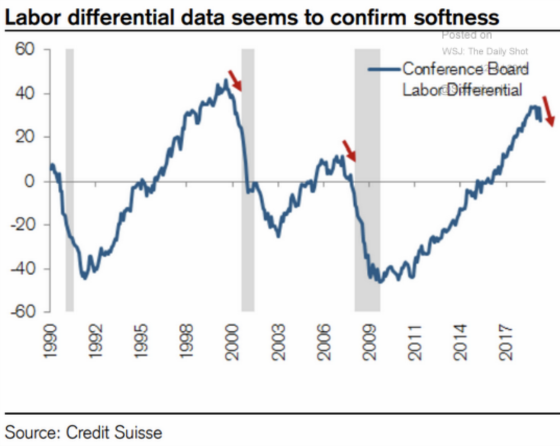 Similarly, this wage inflation acceleration indicator appears to be starting to decelerate, just as it has done prior to previous economic downturns. 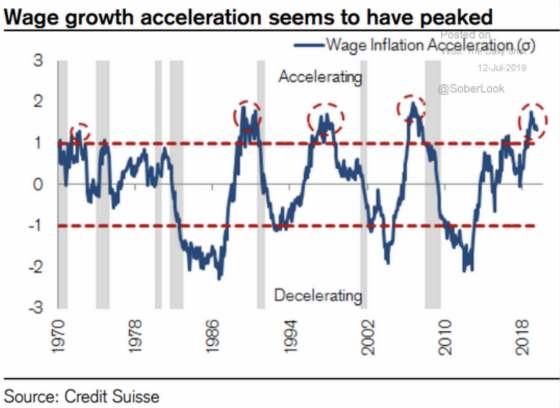 Now let’s turn to global trade. This first chart shows an alarming deceleration in global trade which can only come back to hurt the U.S. economy in the short to medium term. 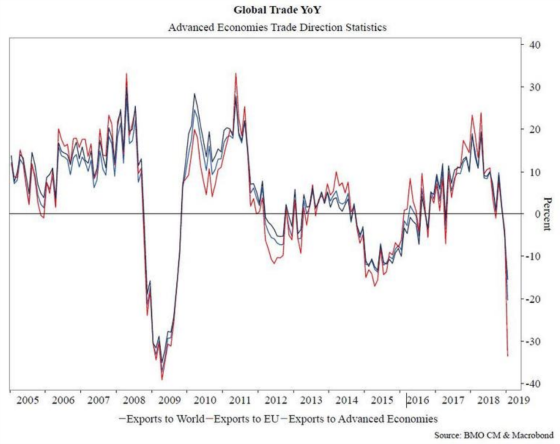 Singapore, which I have written about extensively, is built for trade. Its port is one of the largest in the world so it is a good bellwether of global economic activity. The next chart shows how its GDP has contracted two out of the last three quarters.

The contracting economy is largely due to shrinking export volume, particularly in electronics. 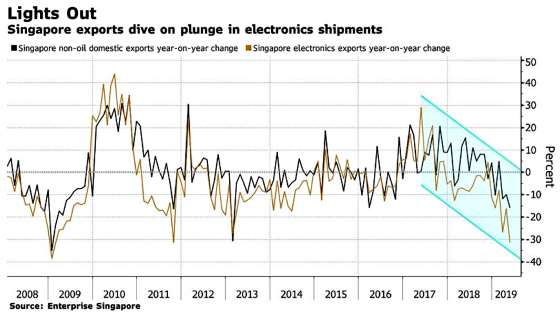 Finally,  DHL, the global shipping company, has a proprietary indicator that is showing contraction in U.S. trade and a marked slowdown in China. 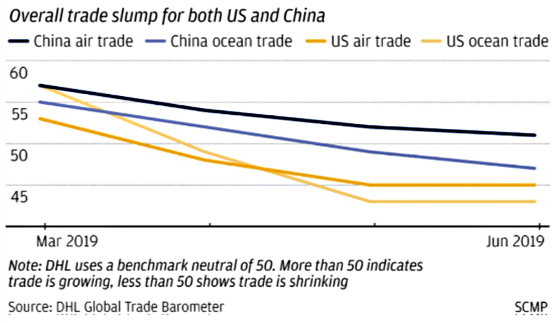 I have shown this table before primarily to show how longer-term Libor rates were starting to fall materially. This is the first time in a long time that 30-day Libor has made a sharp move downward in one day. The other maturities are now back to where they were at the beginning of the week. 30-day Libor, however, is about 6 basis points lower. This should continue to move down to around 2.20% by the end of the month when the Fed cuts the Federal Funds rate.

Finally, this next chart shows that pricing power has started to return to landlords which is something we are experiencing in our portfolio as well. Thus, as mentioned in previous blogs, we could be in the enviable position of having our debt service drop due to Libor going down while having our operating income improve due to revenue growing at a faster rate than our expenses. 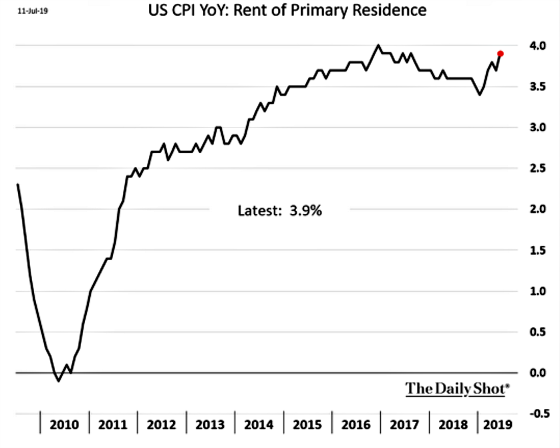 The Fed does not have the luxury of only acting locally without taking into consideration global factors. And it is hard to argue that the global economy is experiencing a slowdown that has a high probability of spilling over to the United States even more than it has so far.