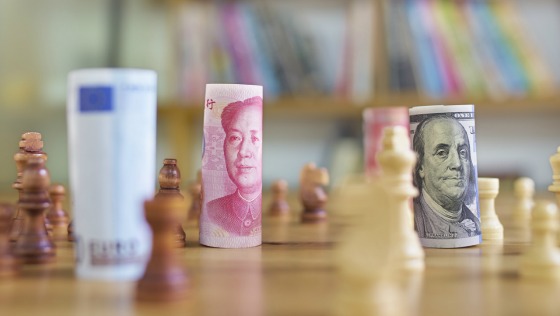 [Updated – May 4, 2016] As real estate investors, we’re obviously big consumers of capital, particularly debt financing. Given this, it’s important to have a view (hopefully a correct one) regarding interest rates. I look at many indicators to help me gauge where I think rates may be headed. Some of these are economically based and others may be more focused on investor sentiment. This post will touch on an interesting story I just read about China Export challenges that I would consider filing away as being bullish for interest rates while at the end of this I’ll also mention some countervailing forces that may put more pressure on them going higher. Ultimately, it’s our job as investors to take a stand and determine what actions (or inaction) we will take in terms of our debt decisions.

China is obviously a huge engine for global growth. It has generally followed a mercantilist model of growth through exports subsidized by cheap capital, an undervalued currency, and suppressed domestic demand and a corresponding low-cost structure. It looks like a lot of these trends are reversing. The currency is appreciating, which makes Chinese products more expensive, wages are increasing, which is hurting the profitability of exporters, and access to capital and the cost of capital are becoming less favorable. This is at a time when the European economy is very weak and impacting the ability of importers to pay their bills to Chinese exporters in a timely manner. The following are highlights of an interesting article in the South China Morning Post:

The credit risks faced by exporters are mounting even as trade data suggests a spike in mainland exports since the beginning of the year.

Local manufacturers complain that it is taking much longer to collect bills as the appreciation of the yuan and rising costs add to the pressure on overseas buyers, especially those from Europe, who have increased the settlement period from one month to three months.

Stanley Lau Chin-ho, the vice-chairman of the Federation of Hong Kong Industries, said 40 percent of his European customers, who make up around a third of his clientele, are demanding more time to settle their bills.

“The cash flow is slowing as our products get more expensive due to yuan appreciation and as wages increase,” Lau said.

“They help us shoulder a part of the appreciation, but in return, they want an extension on the payment period. Buyers from Europe are particularly more insistent on longer settlement periods.”

A survey of more than 1,600 enterprises from the mainland, Hong Kong, and Taiwan found that overdue payments have increased for 42 per cent of Hong Kong enterprises and 56 percent of mainland businesses, against 20 and 42 percent respectively a year ago.

Nearly half the Hong Kong companies polled in the survey said payments overdue for more than six months made up more than 2 percent of their annual turnover, a level considered dangerous for a company’s cash flow.

Richard Burton, chief executive of the Paris-based credit insurance company Coface, which conducted the survey, said that the situation was grim.

“Although the Chinese government has been loosening the credit policy, most of the loans have gone to large companies or state enterprises. [Small and medium-sized enterprises] are increasingly turning to the informal credit system, which applies usurious rates. In the context of sluggish external demand, these SMEs, which account for 68 percent of exports, could quickly find themselves in difficulty,” Burton said.

Economically there is heavyweight battle raging between the improving U.S. housing market,  household balance sheets which have been delivering for the last 5 years or so, steady growth in jobs, and favorable consumer confidence readings pitted against weakness in manufacturing, the sequester, the dramatic contraction in the U.S. budget deficit,  a meaningful slowing in China (exacerbated by the article above), a big correction in commodity prices which hurts commodity-based exporting countries like Canada (which also has a housing bubble), a terribly weak Europe, and the bazooka of Japan’s Abenomics, which is deliberately weakening the yen and creating huge incentives for Japanese investors to put their capital into foreign assets, including Treasuries. The 10-year Treasury note yield has hovered between 1.50% and 2.00% for the last year most likely reflecting resilience in the U.S., combined with an accommodative Fed that has been actively buying longer-dated Treasuries, along with weakness in other parts of the world.  U.S. Treasuries also offer a safe haven for global investors concerned about risk, as well as a place for central banks to park their reserves. Based on recent reports on inflation, investors don’t need to fear their purchasing power eroding materially in the short to medium term.

Overall our interest rate strategy related to our financing decisions continues to have a bias towards variable rate debt with conversion options. We are not currently fearful that long-term rates will be rising materially and the starting rate advantage over fixed rate debt, its much greater pre-payment flexibility, and ability to convert to or refinance into a fixed rate loan are all compelling reasons for us to continue to take interest rate risk via variable rate loans with caps. Finally, the one indicator that makes me most bullish about rates not running away from us in the next year or so is the recent Bloomberg survey that asked investors what asset class will have the worst return over the next year and bonds led the pack with 39%. Being a bit of a contrarian, this is good for bonds because the crowd usually gets it wrong. By the way, 54% said stocks would be the best. I don’t have historical data but I’m guessing that may be on the high side.

Where do you see the global economy heading? The China Export Challenge is something that won’t be improving anytime soon. Do you agree?