GamePop and the Lollapalooza Effect 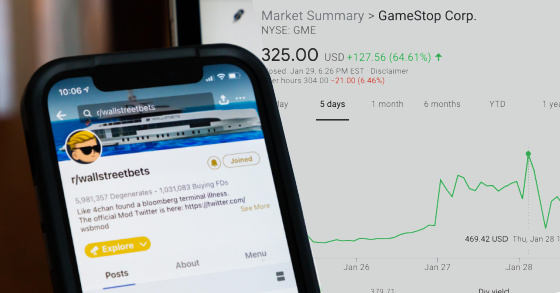 Here is GameStop’s stock price chart for one month. Setting aside that it was up 62% for the time and day when I captured this screenshot, it’s up over six times during this one month period. And at its peak, it was up about 10 times! 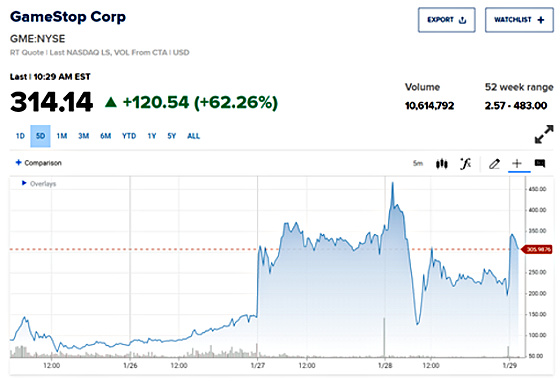 Now let’s look at a three-month view and the meteoric rise can be put in more perspective. 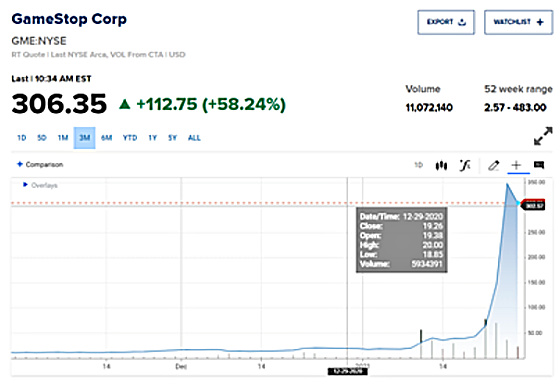 The stock is up about 15 times in this short period of time. The one laughing all the way to the bank is Ryan Cohen. He was the co-founder of Chewy who invested approximately $76 million in GameStop to purchase 9 million shares during 2020. Assuming he hasn’t sold out, he is the company’s largest shareholder. His stake is worth about $2.7 billion, more than he made selling his position in Chewy during its IPO. Had he hung on to his Chewy shares they too would have done great as they have gone up almost five times in about a year?

So what happened with GameStop?

The Covid lockdowns and remote work, combined with stimulus checks and free trading on platforms like Robinhood, created time and money for millions of people (seemingly mostly young men) to become very active day traders. The epicenter of this has been The Reddit room called WallStreetBets which has attracted millions of followers. They have banded together to go on a crusade via their Robinhood trading accounts to take down large hedge fund investors who they perceive as the personification of evil.

This is the guy that started the avalanche according to the Wall Street Journal.

“Your steady hand convinced many of us to not only buy but hold. Your example has literally changed the lives of thousands of ordinary normal people. Seriously thank you. You deserve every penny,” replied one Reddit user, reality_czech. 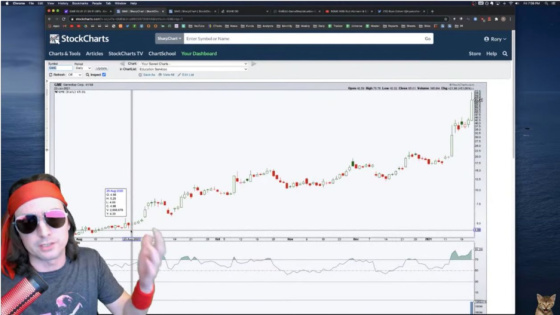 It hasn’t been a straight ride up, however, although he has done extraordinarily well.

The next day, Mr. Gill posted another screenshot—showing about a $15 million loss. After Thursday’s market close, his E*Trade brokerage account, viewed by the Journal, held around $33 million, including GameStop stock, options and millions in cash.

Here is a brief summary of the missionary zeal of these millennial day traders from John Auteurs of Bloomberg.

Many Redditors involved in the insurrection see this as belated justice, or revenge, for the global financial crisis. Melvin Capital, the hedge fund whose bets against GameStop triggered the conflict, didn’t exist back in 2008, and as far as I’m aware nobody working there has any responsibility for the behavior that caused the crisis. But that isn’t how many of the Redditors feel about it. This is taken from a manifesto written by one of them, a teenager at the time of the crisis whose family went through considerable privations.

It was sent in by several people:

We have a once in a lifetime opportunity to punish the sort of people who caused so much pain and stress a decade ago and we are taking that opportunity… Your ilk were rewarded and bailed out for terrible and illegal financial decisions that negatively changed the lives of millions.

Here is another one from Zero Hedge:

This is for you, Dad.

I remember when the housing collapse sent a torpedo through my family. My father’s concrete company collapsed almost overnight. My father lost his home. My uncle lost his home. I remember my brother helping my father count pocket change on our kitchen table. That was all the money he had left in the world. While this was happening in my home, I saw hedge funders literally drinking champagne as they looked down on the Occupy Wall Street protestors. I will never forget that.

My father never recovered from that blow. He fell deeper and deeper into alcoholism and exists now as a shell of his former self, waiting for death.

This is all the money I have and I’d rather lose it all than give them what they need to destroy me. Taking money from me won’t hurt me, because I don’t value it at all. I’ll burn it all down just to spite them.

As Bob Dylan sings in Tangled Up in Blue,

There was music in the cafes at night

And revolution in the air

Maybe there’s not so much music being played given Covid but there is definitely a feeling of revolution in the air. We have what appears to be a populist crusade among individuals who believe they have had their futures stolen from them by greedy, heartless, money moving capitalists. They have banded together to take down those very people who have bet against companies they love. And GameStop has been one of those along with AMC Entertainment. They also happen to have the support of Elon Musk, Elizabeth Warren, and Alexandria Ocasio-Cortez, who has emboldened them, even more, to keep sticking it to the “hedgies”.  And right now the masses are winning as Melvin Capital’s short position in GameStop created huge margin calls for the fund that would have required it to liquidate almost all of its holdings and thereby risking losing all of its investors’ money, which included some very prominent hedge fund titans, Steven Cohen, and Ken Griffin.

Cohen and Griffin infused $2.75 billion into the fund to keep it afloat. $1 billion came from Steven Cohen, a legendary hedge fund investor upon which the show Billions was based. He is also the new owner of the New York Mets who, as an aside, bought the team from the Wilpons who were caught up in the Bernie Madoff scandal. $1.75 billion came from Ken Griffin’s Citadel funds and organization. As another aside, Griffin has been the most prolific residential real estate buyer in the world setting record prices in Manhattan, London, Palm Beach, and Chicago.

I could go into a lot of the technical details as to how GameStop created such pain for hedge funds who borrowed shares from other investors, sold them, with the agreement to buy them back later in the hopes the stock would be cheaper, along with option purchases and associated hedging, but this can be researched by reading more informed blog posts such as this one. 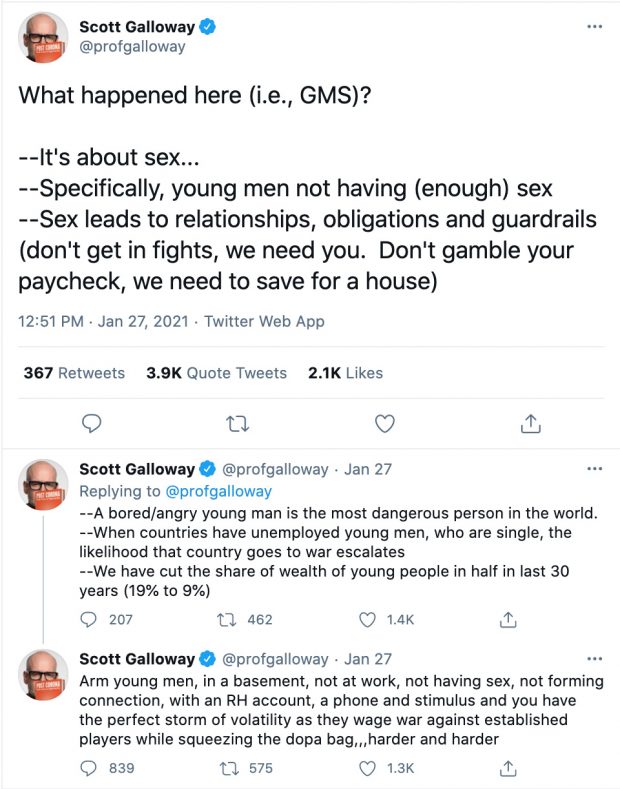 There are a lot of forces at work here. A very accommodating Fed has pushed short-term rates down to 0% which created incentives to pursue risky investments along with the Covid impact of more people at home armed with stimulus checks able to trade on commission-free platforms with very small amounts of money. On top of this, the rich have gotten richer while millions of others have suffered immensely due to the pandemic ramifications which have greatly exacerbated inequality. When this is combined with the feeling of being part of something bigger than oneself and pursuing a noble cause and “sticking it to the man” while being able to make way more money than you could by working, you have what Charlie Munger calls the Lollapalooza Effect. This is when seemingly small factors, which on their own are not very impactful, but when combined together, can create an outcome of far greater magnitude. Here we have psychological factors, policy decisions, economic conditions, a collapse in barriers to entry for small investors, the power of social media, and technological innovations like Robinhood all merging together to create an outcome that has led to billions in losses for professional, sophisticated investors as the populist uprising of the small investor class has generated a large transfer of wealth to that class.