From Proust to Proctologists - Charlie Munger on Personal Development 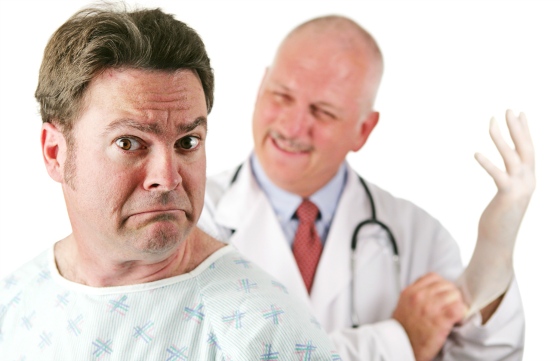 This week I continue with lessons learned from Charlie Munger and the answers he gave to shareholder questions at the Daily Journal annual meeting held in February. Last week I focused on delayed gratification and this week I will turn to his thoughts on personal development.

One of the participants asked about picking a career and Munger responded with how vitally important it is to be interested in what you do.

In my whole life I’ve never succeeded much in something that I wasn’t interested in. Charlie MungerClick To Tweet

Well, in terms of picking what to do, I want to report to all of you, that in my whole life I’ve never succeeded much in something that I wasn’t interested in.  So I don’t think you’re going to succeed if what you’re doing all day doesn’t interest you.  You’ve got to find something you’re interested in because it’s just too much to expect of human nature that you’re going to be good at something that you really dislike doing.  And so that’s one big issue.

He then went on to say that it’s important to figure out what you are particularly good at and can turn into an advantage.

And of course you have to play in a game where you’ve got some unusual talents.  If you’re 5 foot 1, you don’t want to play basketball against some guy whose 8 feet 3.  It’s just too hard.  So you gotta’ figure out a game where you have an advantage and it has to be something that you’re deeply interested in.

Charlie Munger is not a believer in idealism.Click To Tweet

While it is important that one does something that is ethical and aligns with one’s values, Charlie Munger is not a believer in idealism. Life is just too messy to be a slave to one’s ideals and ideology. Dreaming and idealistic notions of fairness of what is right should not get in the way of living an engaged life, even if it is a bit messy. Life is just not so black and white and the only way to truly discover this is by going out and trying to make a difference by engaging with life. This is the first I heard that Maimonides was his hero. I knew about Ben Franklin but not Maimonides. I happen to be reading an analysis of Maimonides’ Guide for the Perplexed so the timing is good to have learned this about Charlie Munger. In his classic Munger sort of way, here is his politically incorrect contribution to this subject.

Now you get into the ethical side of life, well of course you want to be ethical.  On the other hand, you can’t be just dreaming how you think the world should be run and that it’s too dirty for you to get near it.  You can get so consumed by some ideological notion particularly in a left-wing university.  It’s like you think you’re handling ethics and what you’re doing is not working.  And maybe smoking a little pot to boot.  This is not the Munger system.

My hero is Maimonides.  And all that philosophy and all that writing, he did after working 10 or 12 hours a day as a practicing physician all his life.  He believed in the engaged life.  And so I recommend the engaged life.  You spend all your life thinking about some politician who wants it this way or that way you’re sure you know what’s right, you’re on the wrong track.  You want to do something every day where you’re coping with the reality.  You want to be more like Maimonides and less like Bernie Sanders.

I was lucky.  Imagine learning that from your dead great-grandfather, at a very young age.  But you know I spent my whole life with dead people.  They’re so much better than many of the people I’m with here on earth.  All the dead people in the world, you can learn a lot from them.  And they’re very convenient to reach.  You reach out and grab a book.  None of those problems with transportation. So I really recommend making friends among the immanent dead.  Which of course I did very early.  And it’s been enormously helpful.  Some of you wouldn’t have helped me.  But Adam Smith really did.

Charlie Munger strongly believes in investing in oneself and trying to leverage one’s knowledge by learning the most important ideas in various disciplines.

Well the big ideas, I think you should be intelligent in improving yourself.  You’re way better to take on a really big important idea that comes up all the time than some little tiny idea that you might not face.  I always tried to grab the really big ideas in every discipline.  Because, why piddle around with the little ones and ignore the big ones?  Just all the big ideas in every discipline are just very, very, very useful.  Frequently, the problem in front of you is solvable if you reach outside the discipline you’re in and the idea is just over the fence.  But if you’re trained to stay within the fence you just won’t find it.

On the other hand, Charlie Munger does not think he’s the best role model in that he has been able to succeed without specializing. Most people do not have that luxury.

I don’t think operating over many disciplines as I do is a good idea for most people.  I think it’s fun, that’s why I’ve done it.  I’m better at it than most people would be.  And I don’t think I’m good at being the very best for handling differential equations.  So it’s in a wonderful path for me, but I think the correct path for everybody else is to specialize and get very good at something that society rewards and get very efficient at doing it.  But even if you do that, I think you should spend 10 or 20% of your time trying to know all the big ideas in all the other disciplines.   Otherwise…I use the same phrase over and over again…otherwise you’re like a one legged man in an ass-kicking contest.  It’s just not going to work very well.  You have to know the big ideas in all the disciplines to be safe if you have a life lived outside a cave.

But no, I think you don’t want to neglect your business as a dentist to think great thoughts about Proust.

I don’t think I’m a good example to the young.  I don’t want to encourage people to follow my particular path. I like all the general precepts, but I would not…if you’re a proctologist, I do not want a proctologist who knows Schopenhauer, or astrophysics.  I want a man whose specialized.  That’s the way the market is.  And you should never forget that.  On the other hand, I don’t think you’d have much of a life if all you did was proctology.

So there you have it. From Maimonides to proctologists to Proust, Munger lays it on the line in terms of how people should invest in themselves.