Interest Rates: Lower for How Much Longer? 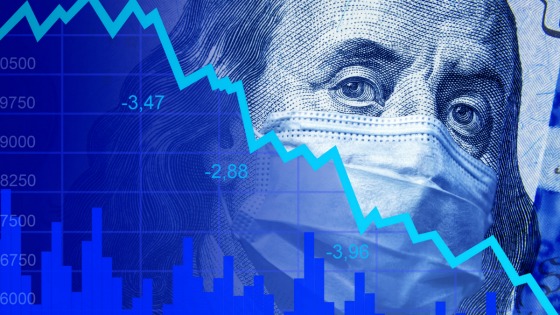 “We’re not thinking about raising rates —

With interest rates at record lows, this is a time when many people are strongly considering locking in long-term, fixed rates. This headline from Marketwatch is an example of this thinking.

This is understandable, particularly if locking in your rate gives you more peace of mind and helps you sleep better at night. It’s also very helpful knowing that when it comes to residential mortgages most do not have prepayment penalties, so you can always refinance if rates drop even more. This is not the case for commercial loans (apartments fall into this category), however, as they almost always have potentially very costly prepayment penalties, particularly if refinanced early in the life of the loans.

Even with the lack of pre-payment flexibility, one may understandably want to lock in rates for 10+ years given that interest rates are less than 3% for certain loan structures for high-quality borrowers. With over 80% of our loans being variable rate at CWS we can refinance over $2.5 billion of debt into fixed-rate loans while incurring relatively inexpensive pre-payment penalties if we so desire. The question is would I give up average rates on these loans of approximately 1.90% to lock in longer-term loans at between 2.75% to 3.00%? My answer remains no. So why do I say no? Fed policy, inflation expectations, and the utter carnage caused by COVID-19 lockdowns and the resulting changing consumer behavior that will keep unemployment much higher than where it was pre-COVID.

Let’s start with the Fed. On June 10th the Fed said that rates will essentially stay at 0% for at least through 2022.

We now have the odds tremendously in our favor that we will have close to three years of our variable rates beating new fixed rates by at least 85 basis points per year based on our current cost of funds. For new loans, it’s about 55 basis points. My back of the envelope analysis is based on using our current cost of funds since we can convert those to new fixed-rate loans if we so desire. Based on this then our cumulative savings for that three year period is projected to be about 2.50%. Assuming an average spread over 30-day LIBOR of 1.70% then LIBOR would have to average 1.41% for the following seven years to break even without taking into consideration the time value of money. Since the savings for the first three years are projected to be quite large, then this is a big hurdle to overcome.

The following chart from Chatham Financial shows the forward curve for 30-day LIBOR as of 6/17. It’s a bit hard to read but right now the market is pricing in 30-day LIBOR not exceeding 1.11% over the next 10-years. Now of course forward curves are notoriously volatile and only indicate the market’s unbiased estimate of future rates, and should be taken with a grain of salt as long-term forecasts for interest rates are fraught with peril. With that being said, I’m in the camp that rates will remain low for many years to come so if I were to bet I would say the forward curve is conservative. And with this being the case, then staying variable would seem to be a good bet, particularly when adding in the much greater pre-payment flexibility versus fixed-rate loans.

One of the key drivers of interest rates is inflation and inflation expectations. Right now inflation is a non-issue. In fact, deflation is more of the risk in the short-term. The Fed’s favorite inflation indicator, core PCE (exclusive of food and energy), is now approaching 1% year over year as the following chart shows. Keep in mind that the Fed is targeting at least 2% inflation so the last thing they are going to do is raise rates when they are far below target.

And the trend is not the Fed’s friend on the inflation front. The PCE, inclusive of food and energy, is running at about 0.5%. Investors, however, are pricing in a 77% probability that it will go negative over the next 12 months as the following chart shows. Thus, in the short run, deflation is much more of a risk than inflation.

On a longer-term basis investors are still pricing in a positive inflation rate but one can see that it is dropping. This chart shows inflation expectations five years ahead for the following five years. Thus, investors are expecting that inflation will average approximately 1.5% between June 2025 and May 2030. Obviously still below the Fed’s 2% target.

And this is the headline that I think truly captures the real reason as to why rates will stay low for many years to come.

Since COVID broke out the Census Bureau has been doing weekly surveys of homeowners and renters about many different aspects of their lives. It’s called the Household Pulse Survey. The one survey that is particularly relevant to CWS relates to renters’ confidence in their ability to pay rent. Approximately 11.5% of the renter population from the latest survey had no confidence that they would be able to pay rent the following month. With CWS’ collection rate of billed rents having been in the 98% range over the last few months, our performance has been far better than other apartment owners who cater to a resident base that is much more vulnerable financially.

While the confidence to pay rent is interesting, the most striking statistic I get from that same survey is how many people are currently unemployed. We all know that the unemployment rate has exploded higher in the wake of the huge economic contraction. And yet, as bad as the official unemployment numbers are, this survey appears to indicate that it is much worse as the following table shows. 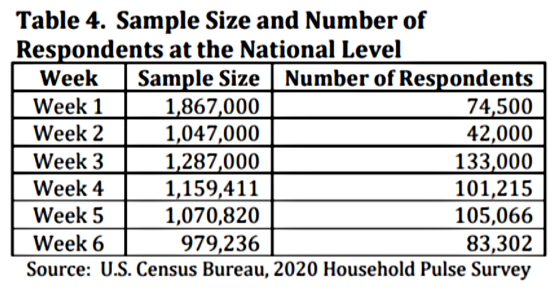 Sample size and number of respondents at National Level 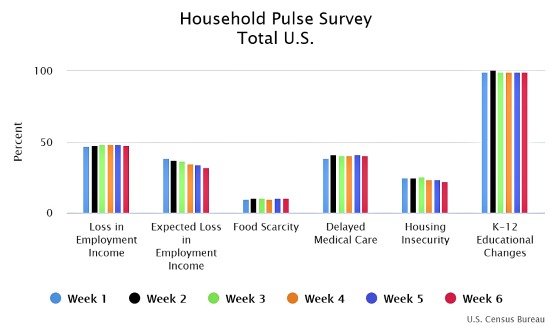 One can see that approximately 50% of the respondents have experienced a loss in employment income and approximately 32% expect it to continue. The sample error is only + or – 0.6% so they believe these numbers are a pretty accurate reflection of what is happening throughout the country. I am no expert in surveying but let’s say that their estimates are off and the unemployment rate is overstated by 100%. We are still talking about a rate of over 20%.

30-day LIBOR for this cycle peaked at 2.52% in December 2018. The unemployment rate for January 2019 was 4%. In my opinion, there is no way we are going back to a 4% unemployment anytime soon given how reluctant people will be to travel again and congregate in large numbers.  If 30-day Libor peaked at 2.52% when the unemployment rate was 4% then it is unlikely that we will come anywhere close to Libor at that rate when unemployment will be significantly higher than that for the foreseeable future. And this doesn’t even take into consideration that the Fed will almost certainly seek to make up for the economic contraction by keeping rates lower for years to come. Said differently, even if jobs materialize faster than I’m projecting, I still believe the Fed will want to see inflation above 2% for a sustainable period in conjunction with really solid and persistent wage growth to earn back some of what was lost before raising rates. The Fed will be targeting tangible Main Street outcomes as measured by employment, wage gains, and inflation. We are a long way from any of these returning to pre-COVID levels.

The bottom line is that I’m staying variable with my personal real estate holdings and will continue to recommend we do so for CWS as well.

2 comments on “Interest Rates: Lower for How Much Longer?”