COVID-19 and Lessons and Inspiration from Jacob 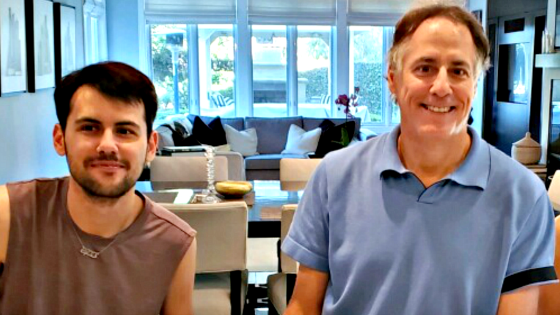 The COVID-19 global lockdown is understandably very controversial because the cost has been staggering in terms of job losses and the psychological ramifications on so many people. It’s easy to compete with our imagination that the costs outweigh the benefits because we don’t really know what would have happened if we had let the virus unfold without materially intervening to attain some form of herd immunity. With the exception of Sweden, there aren’t other countries to compare to that didn’t lockdown. Sweden is already having second thoughts about its decision as its economy is still weak and its per capita death rates are much higher than its Scandanavian neighbors. In addition, it’s very different from the United States in terms of size, urbanization, geographic reach, health characteristics, etc. The point is that it’s easy to criticize when you’re comparing to a counterfactual. It’s not like being able to tell someone with a high degree of certainty what their cancer survival rates would be with and without treatment as there is a lot of data in that situation. In this case, we cannot assign probabilities with tight confidence intervals because the virus is so new and doing so many strange and currently unpredictable things.

I bring this up because in some ways the messiness of the COVID-19 situation is very personal because I’ve had some experience with virus exposure that I mistakenly took for granted and the costs ended up being quite high…not so much for me, but for my son Jacob. As a result, I have a bias towards being more cautious than less even though I truly understand why many people believe that we should have a more targeted approach focused on protecting vulnerable groups like the elderly and those with comorbidities like diabetes, obesity, cancer survivors and those under treatment, etc. As an aside, China is understandably getting a lot of attention for being the genesis of COVID-19, but in 2017 an estimated 843,000 people died from diabetes in China with millions more at risk as over 100 million people have Type II diabetes. Talk about a very at-risk population for COVID-19 with the exposure only increasing as time goes by.

With many states and countries starting to open up the question of course is whether a second wave will hit such that hospital utilization will be inundated with COVID-19 patients that crowd out not only other COVID patients but people needing care for other issues. This would lead to a huge strain on the healthcare system, overwhelm families, and lead to large numbers of people dying who otherwise would not have.

And while many people still seem to think that it’s no more harmful than the flu, which for many people it is, the mortality statistics suggest that it is a lot more lethal. According to research done at the University of Washington:

COVID-19 is considerably more deadly than the flu, featuring asymptomatic death rate over a full percentage point higher than influenza. Moreover, according to researchers from the University of Washington, the U.S. will see a “staggering” death rate in the future if proper precautions aren’t taken.

Undoubtedly this does not apply to all locations and age groups uniformly but the point is that if it’s anywhere close then a large second wave can be very costly in terms of lives lost, hospital utilization, and economic, social, and emotional impact. And while some people have the attitude that those dying were already very susceptible given their age and health, research so far suggests that life expectancy is definitely being cut short rather materially.

Indeed, a recent calculation by British epidemiologists casts significant doubt on claims that most COVID-19 victims would have died soon anyway. They found that female victims of the disease lose an average of 11 years of life. For men, the number was 13 years.

It’s what follows that makes it very personal for me. This virus is doing things that the medical community has never seen before. Here are some key discoveries so far from an interesting article about how COVID-19 attacks the body and what kind of damage it can do.

SARS-CoV-2 behaves differently than almost any other virus that humans have faced before, and even now, several months into the pandemic, there is disagreement as to what percent of COVID-19 patients experience severe symptoms. Estimates tend to come in at around 5 percent of all infections. And in those cases, the virus unfolds unfathomable destructive power.

And while the lungs receive the most damage from the virus, virtually every other key organ is at risk as well.

The epicenter of such infections is almost always the lungs. But as medical professionals now realize, the virus can also affect other organs and tissues – including the heart, the brain, the kidneys, and the bowels. In the worst case, the body begins attacking itself. When the immune system spins out of control like that, doctors call it a “cytokine storm,” and when patients die as a result, multiple organ failure tends to be the cause.

According to data from China, around 20 percent of patients requiring hospitalization suffer damage to the heart. It remains unclear whether the virus goes after heart muscle cells directly or if damage to the coronary blood vessels is to blame. The blood clotting function is also disrupted, leading to clumps that could result in heart attacks, lung embolisms, and strokes.

The kidneys of some hospitalized patients also come under attack, as evidenced by blood or protein in urine samples. As a result, dialysis machines have had to join ventilators in ICUs devoted to treating COVID-19 patients.

Doctors have likewise observed brain inflammation and seizures in some patients. The virus apparently advances all the way into the brain stem, where important control centers are located, such as the one responsible for breathing. The virus likely gets to the brain via the mucous membrane inside the nose and the olfactory nerve. This could also be the reason that many patients temporarily lose their sense of smell.

Lessons and Inspiration from Jacob

So what happened to Jacob and how does that influence my views of the COVID-19 response? 25 years ago on May 23rd Jacob’s life was changed forever. About 10 days prior to that he had been exposed to the chickenpox. I admittedly was pretty cavalier about it because I thought it would be inevitable that he would get it and so it would be better if he got it young and gained the associated immunities to the virus. My attitude was pretty much one of let’s get it out of the way now before it becomes a lot more of a potential problem if he gets it when he’s older. This was before there was a vaccine and it seemed like something almost every child went through. Unlike me, however, Roneet took it much more seriously than I did as she never thought of it as a benign virus so why take the chance of exposing someone to it because you never know what could happen.  As was often the case, she turned out to be right.

Jacob ended up having a pretty mild case of the chickenpox but that turned out to be a mirage as his immune system mobilized in incredible ways to attack the virus but it went overboard, somewhat akin to what happens to certain COVID-19 patients. He ended up forming a clot that led to him having a stroke at the age of two. When I read about young COVID patients forming clots and having strokes as is mentioned above, I understandably have a very powerful, visceral reaction to it. When Jacob suffered his stroke it was a very harrowing experience and it is something I’ve written about in my book in much more detail. It was one of those life-altering events that have changed the course of Jacob’s life trajectory and led to incredible heartache and pain, as well as extraordinary admiration for Jacob’s indomitable will and his never taking on a victim mentality. In short, it was something that we will never forget and changed our lives forever. 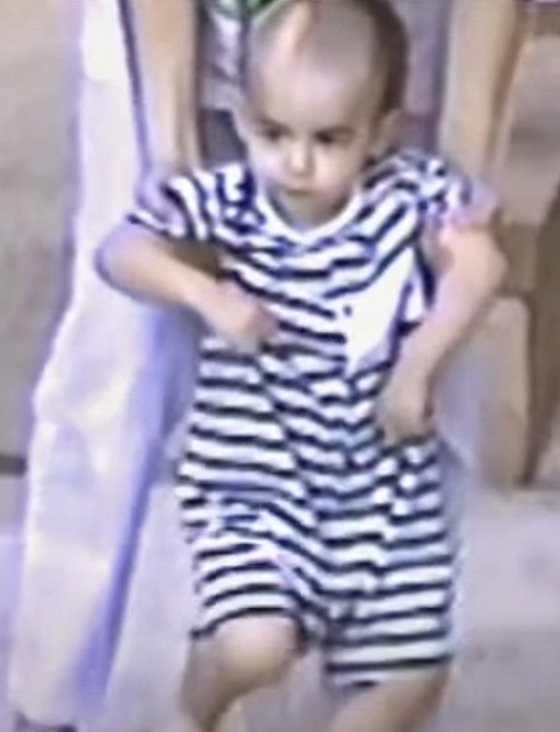 Jacob is now 27. To get to this point he has had to survive being close to death due to brain swelling that necessitated him being put into an induced coma that we didn’t know if he would come out of, and if he did, what would he be like? He eventually awoke after three days and spent 14 days in the hospital (eight of which were in the pediatric ICU). He has had to endure a lifetime of physical therapy, multiple operations on his hand and leg and foot, constant painful Botox injections to loosen up his muscles, epilepsy that has resulted in countless seizures and side effects from the medications he has been on, not being able to drive for almost two straight years, and academic challenges as a result of some of the residual cognitive issues. 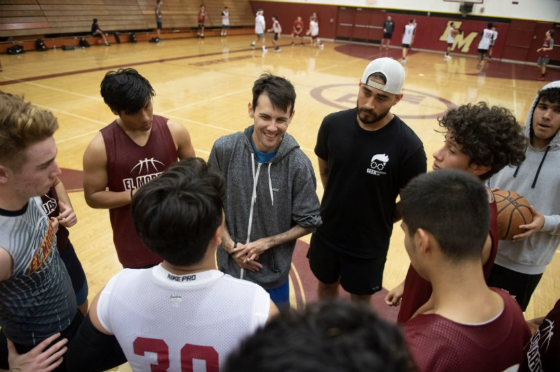 In spite of all of these obstacles and setbacks, if we fast-forward to today, Jacob has a college degree as well as a Masters in Coaching and Sports Administration from Concordia University. He’s a basketball coach. He drives and works out three days a week with a trainer and has gained tremendous strength and endurance. Jacob is a warrior, plain and simple, and words can’t express how proud I am of him and what a positive ray of light he has been for our family, his friends, players, and the world at large. Finally, the cocktail of medicines he has been on is now optimized such that he is seizure-free and has minimal side effects so his quality of life is much better.

So yes I do completely understand the concerns and frustrations of so many that the lockdowns have harmed and why many people think it’s an overreaction. And, yet, I have personal experience that when you are playing Russian Roulette with a virus that has perplexing and lethal and life-altering qualities to it, there will be powerful consequences to it as Jacob can attest to. Jacob’s was a one in a million reaction to a well-understood virus. COVID-19 is so new and confounding that we don’t truly know the risks and if it will mutate and have long-lasting effects. There are a lot of unknowns still. I am clearly biased and my point of view is a perfect example of Schopenhauer’s quotation at the beginning. I am definitely seeing the world through the prism of Jacob having been the exception with a lifetime of consequences so I probably believe the improbable is more probable than most people think. 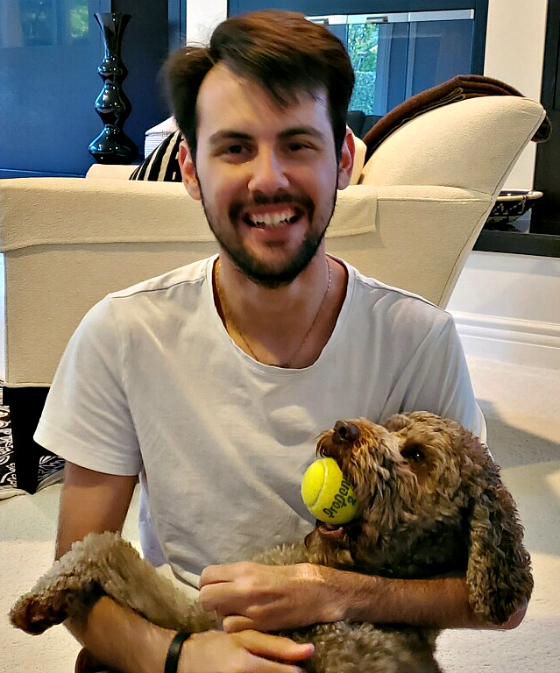 Jacob has led an improbable life that was forever altered because of a powerful autoimmune response to a virus. I am so proud of him and, while someone once told me to never trade your problems with others because they’re your problems and they are part of you and they are uniquely yours, I still want everyone to be so careful and not to be too cavalier about this very powerful and potentially dangerous and deadly virus.

3 comments on “COVID-19 and Lessons and Inspiration from Jacob”