A Return to Tennis - Lessons Learned 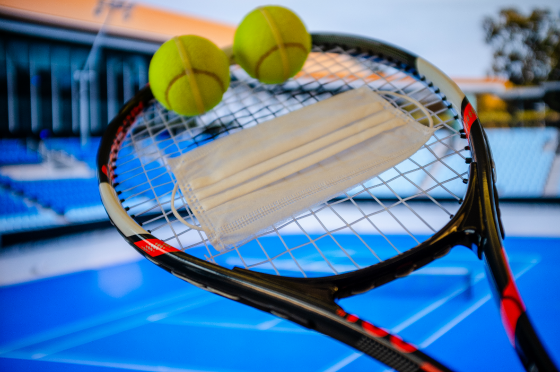 I was able to finally return to playing some competitive tennis last week. This is something that I was eagerly awaiting. On one of my daily walks ascending the very steep hill near my home I was reflecting on this and how could I best position myself to hit the ground running when I returned to the court. I am in a doubles league on Monday nights and then periodically play singles afterward (with a 30-minute break between both) resulting in the potential for three hours of play. It can be taxing, particularly the singles match after playing 90 minutes of competitive doubles.

I decided to jump right into the deep end of the pool for my first time back by signing up for singles as well. It’s not like I didn’t play or practice during the quarantine but it was pretty intermittent and had a different feel to it as I was less familiar with my Monday competitors than who I played with up until that point.

So it went from familiarity and comfort to less familiarity and some discomfort and nerves. It’s just what I needed. Apparently my body thought differently as my legs were definitely feeling quite sore over the next couple of days. I know the old adage is “No pain, no gain” but I prefer “Know pain, know gain”. There is so much to be learned from pain so embrace it to help uncover the treasure that’s buried deep beneath it. I digress.

So what was going through my mind?

How was I going to position myself for an increased probability of success?

I needed to systematize the random approach to tennis that I had taken to this point. It’s not like it wasn’t successful as I have continued to improve and I’m very happy with my progress. It’s just that I felt it was time to reflect on what I’ve learned and put it into a system now that I was returning and wanted to get to the next level.

After all, if you don’t know where you’re going then any road will get you there, even though “there” may not be where you really want to go.Click To Tweet

Most people understandably focus on achieving goals. After all, if you don’t know where you’re going then any road will get you there, even though “there” may not be where you really want to go.

Once you identify the destination, and equally important, the why for the destination, then I have found that putting my efforts into the how is critical. Goal achievement is a byproduct of a good system in my experience. And what’s great about focusing on the system is that if I fall short, or even accomplish my goals, I can review my shortcomings and strengths in terms of the components of the system and be able to learn from that in very specific and helpful ways.

I have this sort of OCD approach when developing systems to come up with words that start with the same letter. I did this in an article I wrote talking about attributes necessary for a firm like CWS to be successful. I rather liked it and for whatever reason words beginning with F started popping into my head. I thought that after five Fs I had it covered but as time went by and I thought about other things for a bit, other (dare I say) F words came into my head and I eventually ended up with a list of 20. After coming up with the list I then further systematized them by categorizing them into groups of critical success factors.

I’ll start with the critical success factors and then reveal each of the 20 Fs.

If I don’t come in prepared then my odds of success go way down. As Russell Wilson says, “The separation is in the preparation.”

'The separation is in the preparation.' ~Russell WilsonClick To Tweet

I love this quote from Bobby Knight in talking about preparing his basketball teams.

Here are my requirements for preparation.

I have to come in rested, in good shape, well-nourished, and I need to have the fundamentals down because, after all, I have to make shots and minimize errors in order to have any chance to be successful.

The more I go through life the more significant I find the power of mindset for achieving one’s goals and for leading a life of less misery and potential happiness. I say potential because I’m focused on Charlie Munger’s advice to invert to help solve problems. One does this by turning things around. For example, if you want to live a happy life, then first figure out what a miserable life looks like and avoid doing those things. And I believe that healthy mindsets are so critical to avoiding a miserable life and then by not having a miserable or unhappy life, the door can now be open for the potential to lead a happy one. 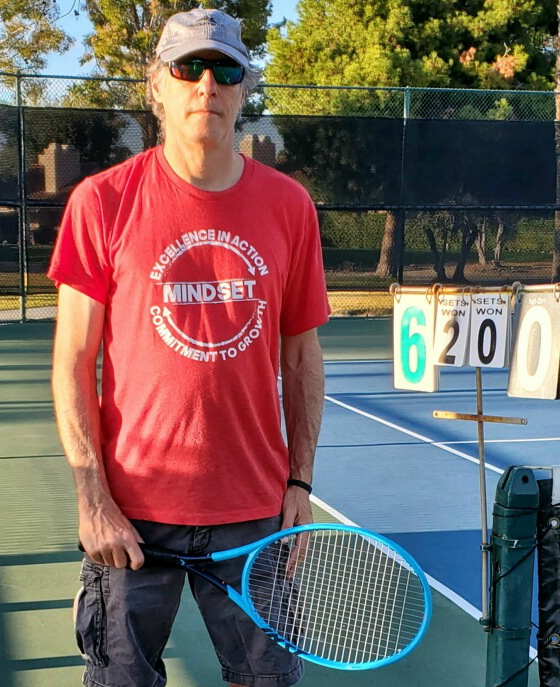 I may be prepared physically and fundamentally but if my mindset is not healthy then I might as well not show up to play because the rubber meets the road on the court when the going gets tough and what am I going to do about it when I’m faced with a challenge? If I come in with an unhealthy mindset I’ve pretty much guaranteed I’m going to lose.

To face challenges I have adopted two key mindsets. The first comes from Phil Jackson from The Last Dance when during a timeout he yelled at his team to “Handle the Goddamn pressure!” It’s really just that simple in life. Just stop whining and making excuses and handle the Goddamn pressure. That’s what I tell myself now and convey to my kids and that’s who I want on my team at work and all aspects of my life. I was so proud when my daughter told me when I was leaving to go play my match to “handle the goddamn pressure!”. Pressure is a privilege because you’re in the game and playing for something meaningful.

Pressure is a privilege because you're in the game and playing for something meaningful.Click To Tweet

The second one comes from the Phish song AC/DC Bag in which one of the lines is:

Time to put your money where your mouth is

Put ’em in a field and let ’em fight it out

Here are my key mindsets:

I’m going to come in with a warrior spirit and be fierce. Being fierce entails an aggressiveness and it’s vitally important that I not be passive. I have to be aggressive when the situation calls for it. I want to win and while I know I will be nervous and fearful at times, I will do what is necessary in spite of feeling that. Having a mindset of fortitude means that I will not let obstacles get in my way. I will see them as personal challenges to overcome and huge learning opportunities. As part of this I have to remain flexible and accept whatever comes my way without complaint or frustration and adjust accordingly.

Finally, I always have to keep a positive attitude that, no matter what happens, it is such a blessing to be able to play tennis at my age, to be healthy, and to do it in such a beautiful place as Newport Beach, California. I have been so fortunate. And regardless of what happens, it’s critical that I never lose faith. I have been bequeathed certain gifts for a greater purpose and no matter what happens on the court I should only take the good away from it and somehow integrate the lessons into my life in ways that can be beneficial to myself and others.

Now that I’m prepared and have the right mental framing for every situation to relish the challenge and look at every point as an opportunity for learning, growth, improvement, and victory, I need to make it happen through my actions. Here are the key actions.

I have to be completely focused on the point I’m playing. Distraction is a killer because I have to anticipate where the shot is going, react accordingly, observe my opponents, and consistently get the shot over and accurately place it where it lessens the probability that they will return it or if they do, that its placement is more random than they would like, creating an opening for my partner or me to return it as a winner.

As part of this focus, I need to channel my self-talk through my intellect and not my emotions because if I don’t then I can easily lose control, get down on myself, and become ineffective. I have to use finesse in that I need many tools in my toolbox so that I have multiple ways of responding to any gettable shot. I also need the foresight to improve my odds of winning a point by anticipating my opponents’ moves and shot locations and how they will react to mine. Finally, I have to finish! I have to go after every ball that I reasonably have a shot at, don’t assume a point is over until it’s really over, and know that a lead can be temporary and that it’s not how I start, but how I finish that matters.

Finally, when all is said and done I want to have certain experiences and results to know that I have attained a level of satisfaction and growth that will help fuel my fire to stay with it and return the next week.

Here are some of the key ones.

I want to have fun. I can never forget that. What’s great is that building and following a system can be so satisfying and fun because it’s a creative endeavor, it requires effort, deliberate practice, monitoring, measurement, and has concrete results. All of this makes it a fun game to design and play for me. I also want to feel things deeply when I’m playing. I want to care, exert effort, get pissed, experience deep joy and satisfaction, and have a hunger to grow. Much of my life is centered around intellectual pursuits so it’s important I have something to balance the cerebral with the emotional and tennis is definitely one of those avocations.

Tennis is a great sport to cultivate friendships. Doubles is a great way of learning about people and connecting with them. This is one of the reasons that a study identified it as the sport that expands life expectancy the most of any sport. I want to come away feeling more connected to the people I play with and against.  I’ve written about flow before but it’s a powerful state and if one can attain it then one will be deeply immersed in something that can create immense satisfaction for that person. And if all of this occurs then I find myself deeply fulfilled, the last result/experience.

I encourage you to design systems around important goals in your life. I think you will find that doing so will not only improve your chances of attaining them, but you will derive immense satisfaction from having done so.

3 comments on “A Return to Tennis - Lessons Learned”