How To Find Satisfaction in Retirement 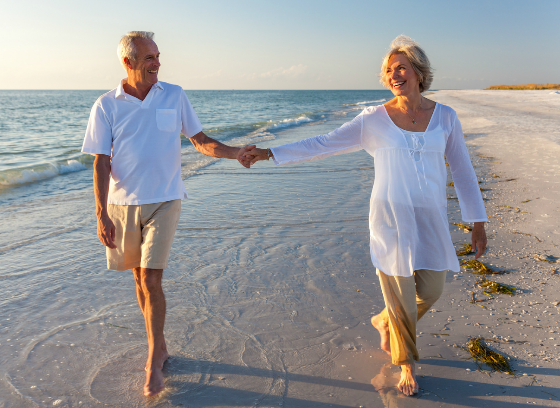 With the baby boomers starting to descend down the other side of the hill with millions soon following, retirement planning has understandably become not only very important but big business as well. Most of what future retirees and financial advisors focus on are how to prepare financially so that not only can people have the choice to retire but once they do they don’t outlive their money. This is understandable as having financial resources is a necessary condition for being able to retire. Yet, as a very interesting article points out that I recently read, does it also improve the odds of having a satisfying retirement? The answer is yes to a degree but no in many other ways.

The authors decided to look at well-being and satisfaction and try to isolate what characteristics of a happy life contribute to a very satisfying retirement. So how did they go about doing this study? They first had to define what characteristics of well-being and positive psychology in so much of the literature is about negative aspects of it. According to a study referenced in the article, there were 94,650 publications related to “depression” and only 4,757 on “life satisfaction”. Obviously, the world of psychological literature is focused much more on negative states versus positive ones. The authors were focused on the positive aspects of psychology. Namely, attaining happiness and well-being.

Satisfaction in Retirement – Start With Happiness

Let’s start with happiness first. There are seven habits of happy people according to research. These are:

Satisfaction in Retirement – 3 Types of Life

According to a renowned author, on happiness Martin E. Seligman, three different forms of life states are the basis of positive psychology. These characteristics can be used in ways to create three ideal life states. They are:

The Pleasant Life: “a life that successfully pursues the positive emotions about the present, past and future.”

The Good Life: “using your strengths and virtues to obtain abundant gratification in the main realms of life.”

The Meaningful Life: “the use of your strengths and virtues in the service of something much larger than you are.”

Positive emotions – having a  positive view of the present, past, and future.

Engagement – in which there is “complete immersion, absorption, and focus on a particular task or activity, often referred to as flow.”

Positive Relationships in terms of “the pursuit of positive, healthy, and fulfilling relationships with others.”

Meaning – “the full utilization of one’s talents to contribute and belong to something believed to be bigger than one’s self.”

Accomplishment – “the pursuit of success, mastery, winning, the realization of goals, or achievement.”

5 Elements of a Positive Life

With these five elements in one’s life then people can flourish, which is particularly important in retirement when many people lose the structure and support system that a job and work environment can provide.

So what did the study find? Holding all else constant a unit increase in:

What I took away from the research is that people looking towards retirement in the next 10 to 20 years need to weigh their psychological preparation just as much as their financial plan. We all hear the stories of the person that passes away shortly after retiring because he invested everything in his career and now that he no longer has his career he feels that he has very little purpose or meaning. This lack of meaning and purpose can literally drain him of the vitality to live. The authors suggest that not only is it incumbent upon prospective retirees to think long and hard about this but so should their financial advisors so they can build not only a financial plan for retirement but a plan for satisfaction and well-being to make these years incredibly meaningful, productive, and fruitful.

Do you have a life-work balance? Are you looking forward to flourishing in retirement? Were you aware that there is more than the financial side of retirement preparation? I’d like to hear from you in the comments below.