Handshakes to Hugs - Between a Laugh and a Tear 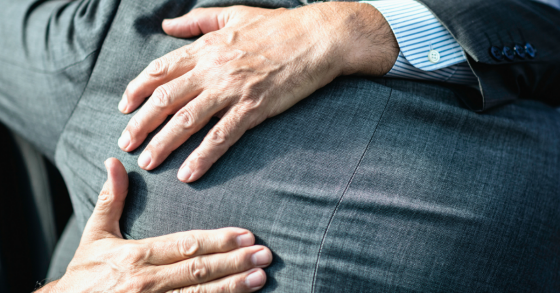 I was planning on writing about Apple’s announcement that they were making a huge investment in Austin, as well as the material, slow down taking place in China and how that is impacting global economic growth. But then, the combination of reflecting on a conversation I had with a friend/mentor/business advisor and a quote my daughter texted me led me to abort and return to the subject of healing, grieving, pain, and loss.

From Handshakes to Hugs

I had not seen my friend since he and his wife attended Roneet’s funeral. He came to my office for a meeting and my habitual and instinctive action was to put my hand out to shake his. He looked at me and said something to the effect of “Oh no, a handshake won’t do” and he hugged me. I smiled, embraced him and then said that, despite my extending my hand to shake his, my new instinct has been to hug friends when I see them now. I then said that I have gone from handshakes to hugs and instantly blurted out, like the previous week, I think I have my next blog post.

John Mellencamp has a moving song called “Between a Laugh and a Tear” and in it, he talks about how those are the extremes on the continuum of life. Both are so important. Even when tears are dominant, I have found that it’s still important for me to laugh and not lose my sense of humor. A recent example of this took place during one of the shivas for Roneet. A shiva is the most intense phase of mourning in Judaism and takes place during the first seven days after the burial. During this time friends and family gather to remember, mourn, and celebrate the life of the one who has passed. We held the shiva for Roneet in my house. The turnout was incredible each night.

While everything was happening with Roneet we were working on a large refinance of a number of our properties. One of the people with whom we work closely with the lender attended one night of the shiva. I was so appreciative and grateful for her being there. She got to know Roneet over the years and they had a nice relationship which made doing business together that much more enjoyable. We had just begun the refinance process by this time and as we were reflecting on Roneet and crying together I did say that one way to honor her would be to give a special Roneet Carmell Memorial Discount on the interest rate spreads. We both laughed.

Fast forward approximately six weeks and we were approaching the moment of truth when it came time to lock in our interest rate spreads. Unfortunately, financial markets were far more volatile over the ensuing six weeks and the demand for corporate credit shrank significantly during this period of time such that there was a risk that our spreads would be higher than what we projected to our investors. Fortunately, and this is the value of a wonderful long-term relationship, we were able to obtain spreads that were close to what we projected due to the lender being extremely helpful and accommodating. I think Roneet was making her presence felt in her own special way in terms of helping us get a better outcome.

I relayed what I told my counterpart at our lender about the Roneet Carmell Memorial Discount to our mortgage representatives and they just laughed and one of them said that at least I hadn’t lost my sense of humor. I responded that once I lose that then I will have lost the will to live in some ways. Up until Roneet’s passing, I was long on the laughing end but quite deficient on the tears. I am now in better balance.

And so now I have gone from one end of the continuum with regard to personal action from handshakes to the other end to hugs. And I’m glad I have. My next opportunity is to hug more passionately versus treating it like I’m checking it off the list. It’s a learning process for me. I’m evolving and I do want to respect people’s personal space. Nevertheless, I recommend that one should err to hugging if you have a decent relationship with the person. It’s worth it.

This now brings me to Ariella and what she texted me. Ariella loves philosophy and reading the insights of some of the world’s great minds has been helpful for her in terms of working through the devastating loss of her mother and the resulting sorrow, pain, and anger. Her readings have also helped her find ways to begin to heal. In a previous blog, I showed the collage I made of the cards I had received at the time (the stack has grown since) and was so moved by the outpouring of love and support. The common phrase throughout many of the cards was that there were “no words” they could say to bring me comfort. And, yet, most of what followed were beautiful words that did help bring me comfort at that very moment and time. And that is really what matters. Right then and there I felt more deeply and I was moved by their care and concern. Their cards can also serve as a beautiful reservoir of love and caring that I can return to when I want to feel closer to the loss and be reminded of the best humanity has to offer. 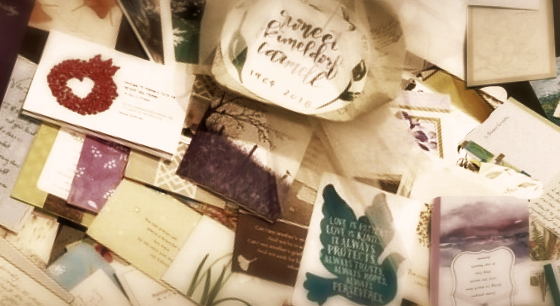 Ariella shared the following from the philosopher Simone Weil that I believe gets to the heart of what I am trying to convey and what it means to be human: 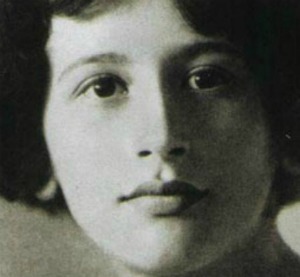 “Not only does the love of God have attention for its substance; the love of our neighbour, which we know to be the same love, is made of this same substance.  Those who are unhappy have no need for anything in this world but people capable of giving them their attention. The capacity to give one’s attention to a sufferer is a very rare and difficult thing;  it is almost a miracle; it is a miracle. Nearly all those who think they have this capacity do not possess it. Warmth of heart, impulsiveness, pity are not enough.

In the first legend of the Grail, it is said that the Grail (the miraculous stone vessel which satisfies all hunger by virtue of the consecrated host) belongs to the first comer who asks the guardian of the vessel, a king three-quarters paralysed by the most painful wound: “What are you going through?

The love of our neighbor in all its fullness simply means being able to say to him: ‘What are you going through?’ It is a recognition that the sufferer exists, not only as a unit in a collection, or a specimen from the social category labeled ‘unfortunate,’ but as a man, exactly like us, who was one day stamped with a special mark by affliction. For this reason it is enough, but it is indispensable, to know how to look at him in a certain way. This way of looking is first of all attentive. The soul empties itself of all its own contents in order to receive into itself the being it is looking at, just as he is, in all his truth. Only he who is capable of attention can do this.”

The full presence and seeing the other as part of oneself and not a completely separate entity are powerfully valuable traits a person can bring to others in their time of need. Seeing the other person as a human being that is in despair and is craving to know he is not alone in his pain and sorrow can bridge the divide between one who is suffering and others who are not at that moment in time. That special look, touch, tears, empathy, knowing they are right there for you in their own way can all help us realize that we are not alone in our suffering and there is goodness in the world and that these bright lights can help us look ahead with some level of hope and optimism.

Woody Allen said that showing up is 80% of life.

We all have great gifts but if we don’t show up and attend to what needs to be done then they will be sorely underutilized. Being present and attentive in all aspects of life is vitally important, but it can be life-changing for those who are in deep pain.