It's Time to Get Serious About Laughter 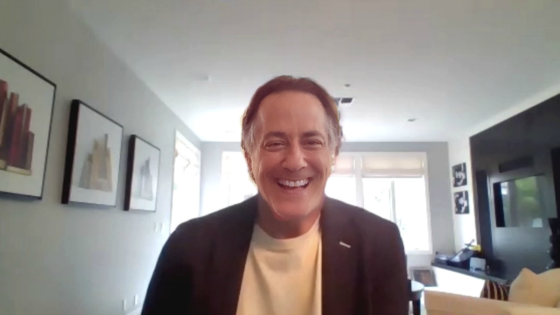 At the end of last week’s blog, I mentioned that I would be writing about laughter. I thought it was important to not stay on only one end of the spectrum despite these very turbulent times. A fascinating new interview with Bob Dylan came out last week and this caught my attention that I thought was very relevant to my pivot towards laughter for this blog.

Probably because gospel music is the music of good news and in these days there just isn’t any. Good news in today’s world is like a fugitive, treated like a hoodlum and put on the run. Castigated. All we see is good-for-nothing news. And we have to thank the media industry for that. It stirs people up. Gossip and dirty laundry. Dark news that depresses and horrifies you.

On the other hand, gospel news is exemplary. It can give you courage. You can pace your life accordingly, or try to, anyway. And you can do it with honor and principles. There are theories of truth in gospel but to most people it’s unimportant. Their lives are lived out too fast.

One of my favorite quotes is “Life is a comedy to those who think, a tragedy to those who feel.” Given that I would periodically throw that quote out to Roneet when she was very upset about something reveals what camp I fall into. Not surprisingly, she did not take too kindly to me saying that to her in the midst of a big upset. It did get to the point, however, that she knew me well enough that when she would be upset again that she would preemptively say to me in a very sarcastic, low voice, “I know, I know. Life is a comedy for those who think and a tragedy for those who feel. Yeah, yeah, yeah. At least I’m not a robot like you and I’m human and care.” To which I just laughed, which pissed her off even more. I really do miss her.

I have written about a myriad of topics over the years, including anger, but I don’t recall writing about humor so I thought it was about time to do so, especially given the times we’re in. It is needed more than ever.

My father had a fantastic sense of humor and growing up I could be a bit of attention-seeking class clown. I guess I loved getting a reaction out of people. Now that I’m older and have more responsibilities and there are seemingly far greater consequences to my actions and words, the way I like to get a reaction has shifted to more serious avenues. For example, I love to see how people react when I tell them that over 80% of our loans at CWS are variable rate. Wow, have I become a real geek if this is how I now get my kicks.

I watched Saturday Night Live from its first season in 1975 on my little black and white television in my bedroom. I was 10 and since I grew up in the midwest it started at 10:30 p.m. which made it much more accessible to me. The characters and performers from those early years have been etched into my consciousness for the rest of my life. From that point forward I have always appreciated such comedic brilliance and risk-taking. It didn’t always work but when it did the upside was so much greater than having to watch sketches that fell flat. And then throw in the great music that would be part of the show and I was in heaven.

Despite having to enter the real world and grow up I have tried to maintain my sense of humor. I love the creativity of humor, especially the spontaneous kind. I love making strange connections between things that can make people laugh and knowing the nuances of people well enough to exploit them in funny ways. Making people laugh is obviously serious business for some but I have found that doing so can be deeply fulfilling and a great creative outlet.

I bring this up because I recently read an article from the Harvard Business Review (yet another article I’m citing from there) about how important humor is in the workplace and in this COVID-19 Zoom age, it’s vital that we find ways to keep it alive and kicking. The article focuses on how to use humor to keep teams connected even while being physically distant. I found this interesting from the article.

Normally people laugh about 18 times per day. And 97% of that time we’re laughing with others — we are 30 times more likely to laugh with others than to laugh alone.

And this probably won’t come as a surprise to people but, according to the author,

“research shows that 80% of what people laugh at is really not that funny.”

So why do people laugh if most things we laugh at are not funny? We laugh because others are laughing. And when we do so our pituitary glands release endorphins while our brains release dopamine. The former helps relieve pain and trigger feelings of pleasure while the latter can enhance learning, motivation, and attention. The overall benefits to health, wellbeing, and productivity from laughter are enormous. It’s in the best interests of owners and managers to cultivate humor and laughter in their companies and within their teams because of the myriad of benefits, it can produce.

On the other hand, the social isolation from COVID-19 results in far fewer social interactions that can lead to laughter and all of its associated benefits. And when this is compounded with feelings of fear, stress, and isolation that are more prevalent these days, the opposite occurs in our bodies. We produce cortisol which can lead to weight gain, irritability, fatigue, headaches, high blood pressure, and difficulty concentrating. So our isolation takes away that which can help us immensely, the biochemical reactions from laughter and socializing, and adds much more of what harms us, the stress hormone of cortisol.

What can a leader do to cultivate laughter in this Zoom age? When carrying out Zoom meetings the author has five tips for leaders to cultivate more humor and laughter:

Slow Down – Don’t feel like you have to rush through an agenda. It’s not all about efficiency. Connect with people socially and psychologically as this may be one of the few social outlets for people during this time.

Video Preparation – Make sure it works and everyone is visible so people can read auditory and visual cues which creates a more fertile environment to generate humor and laughter.

Smile Often and Use a Slightly Higher Voice – Smiling sets the tone for others and using a slightly higher voice conveys a little lighter feeling to the team.

Set the Example – Authentically laugh yourself. Don’t fake it but make sure it’s real or don’t do it at all.

Get in the Mood – It’s easier to cultivate laughter within oneself in front of others when going into the meeting in a light mood and laughing already so don’t be afraid to lighten up in preparation ahead of time.

I hope you now appreciate the seriousness of humor and laughter within the workplace and you will make every effort to be funny. I’m very serious about this.

One comment on “It's Time to Get Serious About Laughter”