How My Father Taught Me to Live a Truly Wealthy Life

On July 25, 1998, my father, Sherman Carmell passed away and today is the anniversary. I would like to pay tribute to him by sharing this video. He was a very special person who left an indelible imprint on my life. He truly made his mark in the world despite having passed away at the relatively young age of 67. I still feel his presence and guidance each and every day. I hope you enjoy the video or read the transcript below:

I dedicated my book, The Philosophical Investor – Transforming Wisdom into Wealth, to my father who is a strong central figure in my life. 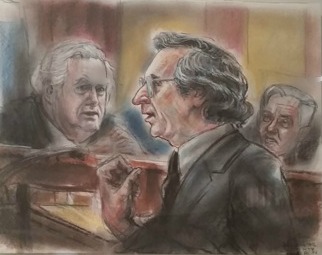 He was an attorney and one of the tops in his field. And one of the most indelible memories I have is when he argued a case in front of the Supreme Court when I was 13 years old. It was a very very incredible intense experience. First of all, he won the case unanimously, which is an A Typical result, but to see him prepare so intensely, so focused, so driven and committed to giving his best was something I’ll never forget.

Russell Wilson of the Seattle Sea Hawks, the quarterback said, “The separation is in the preparation” and he showed that to me like very few others have and that was a real gift. Part of the preparation was his tremendous ability to write clearly, concisely and persuasively and that was definitely passed on to me.

I had the true honor of him editing a number of my papers in high school and seeing the changes he would make and the suggestions he would make and I really learned from that. He was such a good public presenter and has a wonderful disposition and a humorous disarming personality at times.[He had] just a great sense of humor and when you talk to him you oftentimes felt that you were the most important person in the world. You had his full attention, especially when it was about very deep personal subjects. He really wanted to know what made people tick. How they were feeling, not who they were and what they did and how much they made but what drove them as a human being.

For me growing up interacting with a person like that was just such a gift. To see such a wonderfully, intellectually, curious, avid reader, a terrific writer, great father, a great worker just in action day in and day out was really a wonderful thing.

You know his life ended much earlier than it should have. But I am very thankful every day when I think back on all of the opportunities that I had to spend time with him.