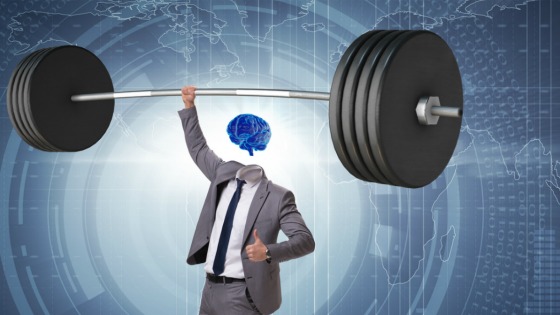 Roneet used to say that you have to be healthy in order to be sick. She was spot on. I, fortunately, don’t get sick very much but last week was one in which I was fighting my annual cold. It usually lasts five to seven days and then I’m back to good health. Actually I’m in good health with the very rare interruption of mild setbacks (thankfully). This distinction is important. I know people whose default state is much less skewed to good health and they find themselves battling constant health issues.

Poor health breeds more poor health and vice versa. It leads to more workdays missed which do not help with one’s career advancement. Illness, unfortunately, makes one’s ability to be physically and mentally present diminished and therefore makes it more difficult for others to rely on that person. Workarounds are constructed which results in that person being less valuable. It sounds harsh but it’s true. So everything starts with good health and builds from there.

I have found that it is important to have a fighting spirit and good habits to tackle bouts of sub-par health. For example, I work out with a trainer twice a week and I didn’t let feeling badly get in the way of doing my work out. I take cold showers every day and I didn’t let feeling badly stop me from continuing with them. Because I made a commitment to play doubles with three other guys, I didn’t want to let them down so I didn’t let feeling badly get in the way of playing tennis. In fact, because I have developed these healthy habits I would have felt even worse if I had skipped these. The benefits of sticking with my protocol and commitments outweighed feeling sub-par while doing them. In fact, it was a double win as I got to stick with my routine and I felt better afterward sweating some of the toxins out. Even when healthy there are days I’m not terribly motivated to work out or take a cold shower and yet I still do it. This taking action “in spite of” is hugely important to fighting illness. Of course, if the health challenge is very serious then battling through it is quite a different set of circumstances. Nevertheless, even in these situations, it’s still incredibly helpful to be healthy going into the battle. Initial conditions matter.

I cannot overestimate the value of good habits compounding. They snowball and build-up can help improve one’s mental and physical health so that the probability of feeling poorly is reduced and when it does happen your willingness to battle it aggressively and optimistically is enhanced and your chances of recovery go up and the time to recover speeds up. Hence, this is why Roneet preached that it’s vitally important to be healthy if you’re going to get sick.

There have been some important studies related to grit and mental toughness. The ability to persevere in the face of obstacles is often more important than innate intelligence in determining one’s success in life. Obstacles and setbacks are inevitable so without perseverance and grit intelligence alone won’t get you through them. Of course, combining the two can make for a very powerful combination. My experience, however, is that gritty people are also very smart, although they may not be as credentialed or pedigreed as others. They never let an elite degree get in the way of a proper education.

Mentally tough people are reliable and consistent. One of the most important characteristics of human beings is that they can make and honor commitments (e.g. playing doubles despite being under the weather). They can also make commitments and not honor them. Such is the price of free will. It’s those who can consistently deliver on their commitments who prove their reliability and gain more responsibility which allows them to take on new challenges and grow. This too compounds. The more one takes on new challenges, grows, learns, and perseveres, the more confidence he or she has to take on additional responsibilities, and the more others look to that person for more as he or she has proven himself as reliable. You want to strive to be a “go to” person. As James Clear writes,

Mental toughness isn’t about getting an incredible dose of inspiration or courage. It’s about building the daily habits that allow you to stick to a schedule and overcome challenges and distractions over and over and over again.

Mentally tough people don’t have to be more courageous, more talented, or more intelligent — just more consistent. Mentally tough people develop systems that help them focus on the important stuff regardless of how many obstacles life puts in front of them. It’s their habits that form the foundation of their mental beliefs and ultimately set them apart.

Peter Clough is a psychology professor who has studied mental toughness and summarizes his findings quite succinctly. He says that mentally tough people interpret obstacles as opportunities and believe they can maintain control in their lives. They believe they can shape the future rather than be overpowered by other forces. Clough says that there are four key aspects to developing mental toughness.

They are the four C’s of Challenge, Control, Commitment, and Confidence.

It’s important to be motivated and energized by challenges and not be intimidated and deflated by them. To feel this way also requires that one feels like she has a sense of control over the situation. I know at CWS we have had our share of challenges over the years and our experience has taught us that the only way out is through. The issues must be confronted head-on. I will also say that many of them have been connected to properties financed with fixed-rate loans that couldn’t be pre-paid without incurring significant penalties. And because our rental revenues are often highly correlated with economic activity and short-term interest rates, we were not able to get out of that debt and take advantage of lower interest rates when the economy weakened and our rents dropped. Thus, cash flow challenges ensued.

And while it’s true that we have given up some of our debt service savings as interest rates have risen over the last few years, operationally, however, we have held up such that we haven’t had any material cash flow challenges to speak of. Conversely, assuming the economy softens, we will be able to benefit from short-term interest rates dropping and flowing through to us via lower debt service costs. Thus, when others may have cash flow challenges because their debt service has not dropped in line with their revenues contracting, we may be in a position of producing more cash flow as our debt service may drop more than our revenues should they fall. The grit and perseverance that we had to possess in the past to deal with some of our previous challenges taught us the value of having flexible, floating-rate debt that has a high probability of dropping in cost as our rental income growth softens or even contracts while also maintaining flexibility to repay the debt early if we want to sell or refinance into a better loan structure.

Yes, it’s vitally important to have grit, it’s also even better to design your life and systems around lessening the probability of needing to put it to use often by building in margins of safety. And if things do not go according to plan then hopefully you have been challenging yourself physically and mentally in other ways to build up habits of discipline and striving that can be tapped into to deal with challenges that arise on the health or business front or in other important areas of your life. Always remember that even if you’re not needing to make commitments to others you are in a partnership with your future self so hopefully you are taking consistent action today that will pay dividends for your future self. And the more you honor those commitments the more confidence you build from being a trustworthy, reliable person whose indispensability leads to greater opportunities and challenges to learn, grow, and thrive.

One comment on “Sickness, Grit, Reliability, and Variable Rate Loans”