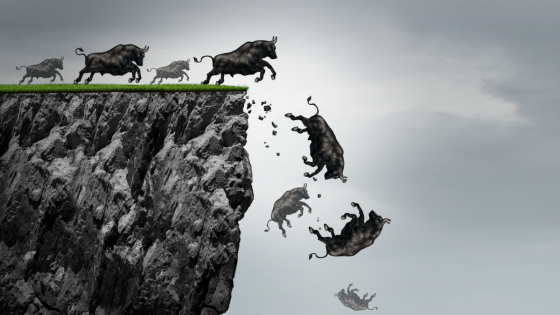 It’s been a brutal couple of weeks for Treasuries as the following headline from Bloomberg attests to on September 13th. 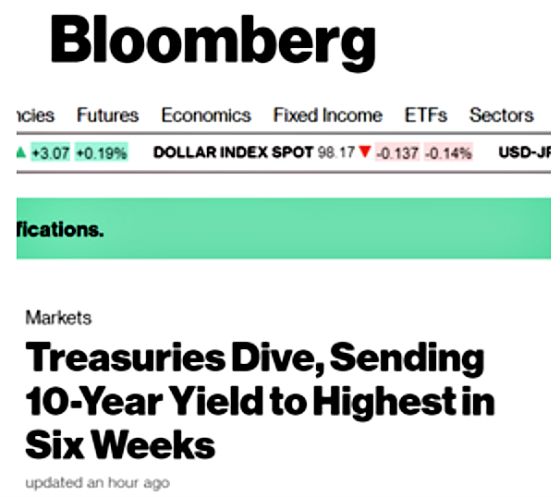 10-year yields bottomed on a closing basis on September 3rd at 1.47% and have shot back up to 1.90% as of September 13th. This is one of those quantum moves I’ve written about previously. 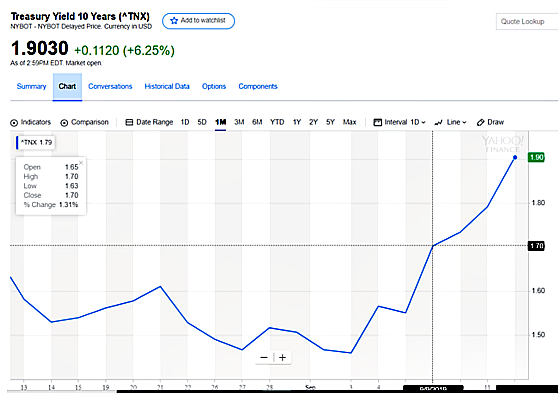 Shorter-term Treasuries were not spared from the carnage as the following headline shows.

Sentiment has become quite bullish for 2-year Treasuries so they were susceptible to a sharp reversal. 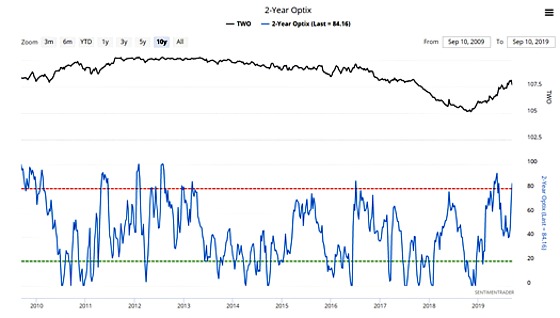 Marketwatch summarizes what has happened to different Treasury securities since bottoming out.

What are Treasuries doing?

According to sentimentrader.com bond optimism has finally returned to neutral after being above 50 for over four months, which is the seventh longest streak of optimism since 1990. 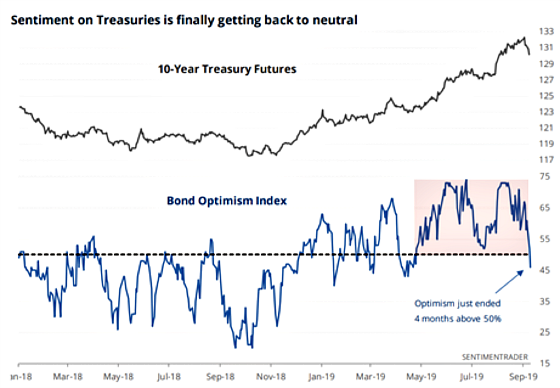 They studied future returns on 10-year Treasury futures when the Optix level has dropped below 50 after greater than 60 days of being higher than 50. This is what their backtesting showed:

There was usually a short-term snapback as bargain hunters spied their first good entry. But few of them managed to take hold, with losses over the next 3-6 months most of the time. Even the gainers saw only limited upside longer-term, and risk was well above reward.

I think part of the sharp sell-off had to do with economic news getting better, or being less bad. This shows the Citi Economic Surprise Index which is an attempt to measure how economic reports compare to the consensus estimates. One can see that it finally reached positive territory after being negative for a very long period of time. 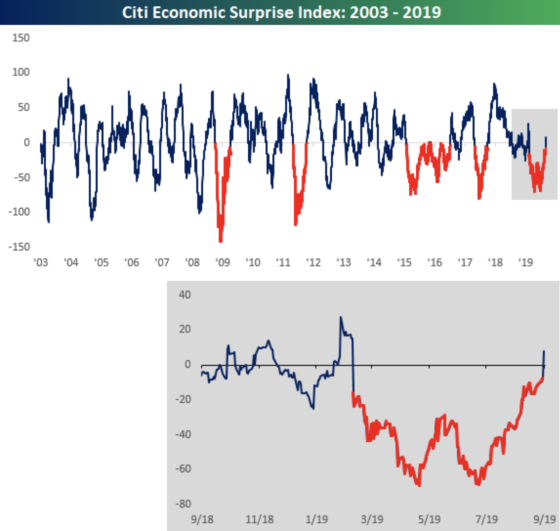 This is what the Seeking Alpha author had to say about the charts.

The chart [above] shows the index going back to 2003, and the parts where the line is red indicate periods where the index was negative for at least 100 trading days. The most recent period of negative readings was one of the longest ever at 140 trading days and just the 6th streak of 100 or more trading days (during the period from 2015 to 2016, there were actually two separate streaks, although it looks like just one long streak in the chart). The fact that this index is now positive indicates that economists have finally ratcheted down estimates enough to be in line with actual conditions on the ground.

One can see from the chart below that Treasury yields moved down commensurate with the index. The snapback of the index into positive territory set the 10-year Treasury yield up for a big rise, particularly given the optimism that had been prevalent among bond investors. 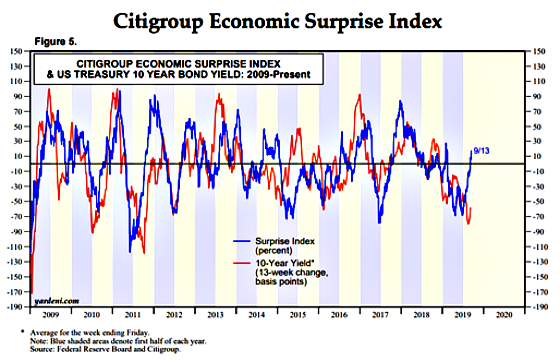 The inverted yield curve has been getting a lot of attention over the last couple of months. Easy come, easy go as the yield curve between 10s and 2s is now no longer inverted as the following chart shows.

I wouldn’t take too much comfort from this as the next chart shows that prior to recessions the yield curve goes from inverted to positive so this fits the pattern heading into previous recessions.

The market went from assigning a small probability a couple of weeks ago to the Fed cutting rates at its next meeting by 50 basis points to there being a 20% chance that they don’t cut at all. I was never in the 50 basis point camp but I do remain convinced they will lower rates by 0.25% at the next meeting. 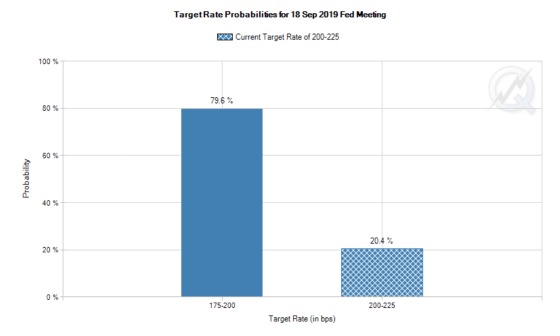