Who Would Have Thunk it? 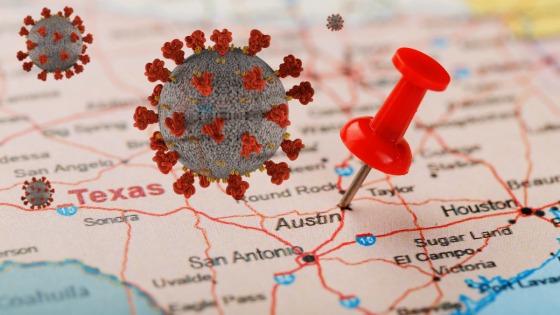 I can’t say I’m surprised that states that had itchy trigger fingers to reopen (e.g. Texas, Arizona, Florida) are seeing a surge in new COVID-19 cases and a higher positivity rate among those tested. The following graph from the Wall Street Journal shows how the number of new cases is hitting a new peak after having come down. This of course has to do with more people getting tested but it’s also highly impacted by a greater percentage of people testing positive. 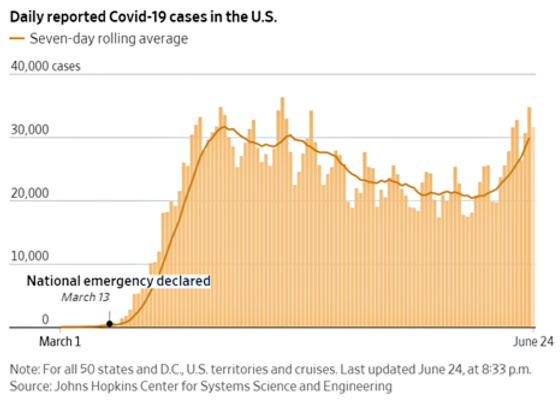 I sometimes like to say that “the bottom line is the bottom line” and right now the bottom line is showing that the number of daily deaths continues to drop, although this, of course, is a lagging indicator because you have to generally test positive first and then death often results sometime later.

The main reason that daily deaths has not spiked, in addition to the time lag, is that the median age of those testing positive in hot spots is dropping. For example, in Florida it’s gone from the 60s at the outset to 37 recently. 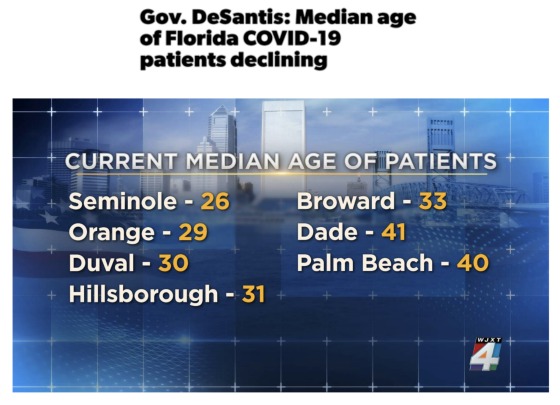 On the surface, this isn’t all bad because the fatality rate is much lower for younger people, especially without comorbidities. The problem of course is this now leads to more people who can transmit to higher risk individuals and we still don’t know the long-term ramifications of having COVID. There are enough young people who have had it and are still suffering from lingering conditions that have negatively impacted the quality of their life so if larger numbers get it then presumably larger numbers may suffer negative outcomes even if it isn’t fatal.

And then there is the critical issue of hospital and ICU capacity. Even though only a small percentage may end up in the hospital that could turn into large absolute numbers if a lot of people get COVID. For example, Houston’s world renown medical center is already at typical ICU capacity far ahead of projected so now they have to transfer patients to other areas and start taking adults in children’s hospitals. It’s not that they can’t go to 80 to 90% but that with 28% of the cases being COVID and growing rapidly they have to shift the balance of care and move patients to other hospitals. This situation also leads to a greater risk that medical care providers can get it as well which compounds the problem terribly if there is a resulting staffing shortage.

The hospital executives feel like they are well prepared for what they are facing but it’s moving fast and it’s not too far from being at a tipping point. This is the estimated transmission rate for Texas. A value above 1 means that the virus will spread quickly. Texas is obviously moving in the wrong direction after having it much more under control for a period of time. 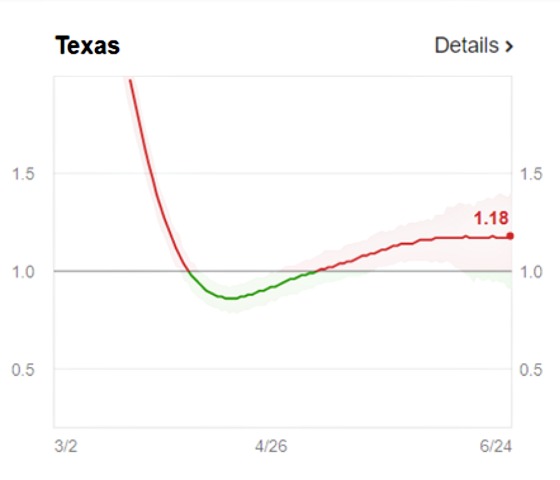 With the high transmission rate, a large number of people testing positive, and hospital beds starting to fill up, Governor Abbott was forced to backtrack and now is reimposing restrictions.

Looking at a few other states is also instructive. Here you can see a couple of states that have a good handle on the transmission rate (Illinois and Indiana), one that is starting to move in the wrong direction (Iowa), one that is slightly deteriorating at too high of a level (Georgia), and two that are spinning out of control (Florida and Hawaii). 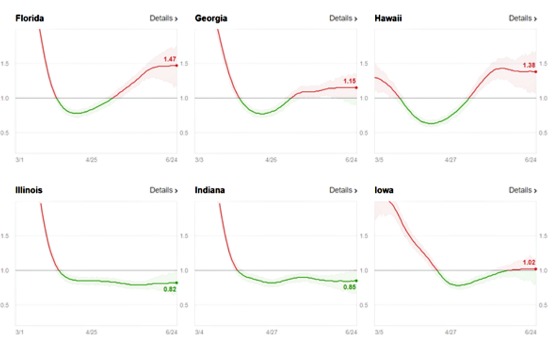 This leads to me to continue to conclude that the combination of government mandates and skittishness among people to congregate in large numbers along with so many financially precarious bars, restaurants, hotels, and other leisure-oriented businesses, will result in a recovery that will take a number of years to get back to where we were pre-COVID. The result will be, as Jay Powell stated last week, that short-term interest rates will remain near 0% through at least 2022 and I would bet on rates being less than 1% for at least the next five years and believe that they will average less than 1% for the next 10 years.

Jay Powell stated, that short-term interest rates will remain near 0% through at least 2022 and I would bet on rates being less than 1% for at least the next five years and believe that they will average less than 1% for the next 10 years.Click To Tweet

I think these graphs from Marketwatch capture the challenge the economy is facing to return to pre-COVID levels. 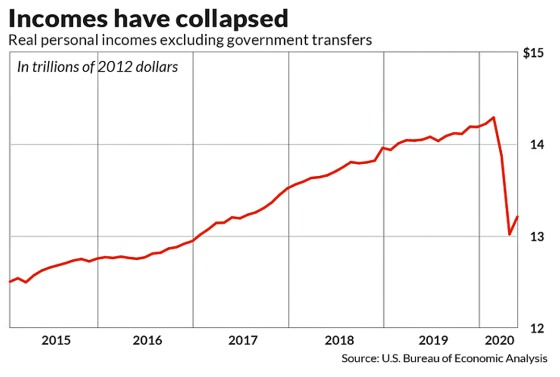 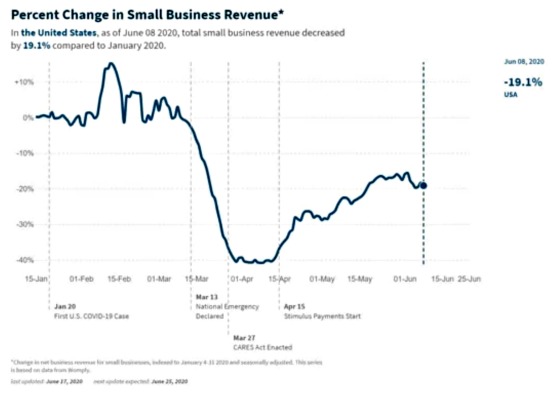