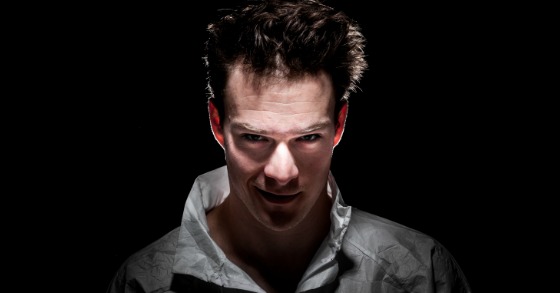 Shakespeare said, “[a]ll the world’s a stage.” All of us are actors in the plays of our lives.

The best actors make us believe they are not acting by morphing into whatever role they play with the totality of their humanity. The worst ones are not very believable.

When it comes to hiring people, including financial advisors, and selecting people you invest with, it’s imperative to recognize that people are trying to play a role. They are selling themselves by trying to tell you what you think you want to hear. At the other extreme, they also know that most people often want what they can’t have so they play hard to get. Bernie Madoff is a classic example of this approach. He was acting in that he really wanted you but made you believe that he didn’t, which made you want him more than you otherwise would. He attracted billions of dollars via this approach.

Ultimately one would hope that companies and individuals have developed systems with checks and balances to not let the bad actors into their companies or personal lives. And by bad actors I mean ethically deficient, lacking competence necessary to do the job, and unable to work well with others. And if the system fails then hopefully the culture (for companies) is such that the negative outlier will bubble to the surface quickly. And for an individual, hopefully, one will have truth-telling friends and/or family members to feel safe and secure enough to tell you how they feel about people who they think are bad actors in the behavior sense but good actors in making you think they are someone they are not.

A great piece of advice is to hire slowly and fire quickly. Do your best to not pollute the river by avoiding bad hires, but when one discovers this to be the case, it’s important to change quickly in order to clean up the pollution as fast as possible. Left unaddressed the toxicity can spread throughout the organization as well as produce poor investment results as we shall soon see.

The paradox of all this is that we have bad actors who are really good actors in that they are putting on an act quite convincingly and good actors who are bad actors because they can’t be someone they’re not. The best people to hire and work within my experience are bad actors (have difficulty being someone they are not) in that you are more able to see their authentic selves and who are also good actors ethically. I have found that the ego-driven, insecure good actors (as in playing a role convincingly) are accidents waiting to happen, especially when having capital allocation decisions under their purview. They may prosper in the short run but usually end up imploding in the long run. They are sadly proven too often to be bad actors ethically.

The point of all this relates to recent research about psychopaths and hedge fund performance. Earlier research suggested that psychopaths made it to the top of organizations because of their charm, drive, and persuasion skills. The force of their personality, drive, and ability to play different roles can sometimes work in their favor in the short to medium term. I was admittedly dismayed when I read some previous that showed how seemingly successful they were in moving up the corporate ladder. I was more gratified, however, to learn that new research shows that these types of people underperform those who are more humble when it comes to investing. Humility is a vitally important trait when investing because markets will inevitably force humility on you to help teach you important lessons. If you’re not willing to admit fault and learn from your mistakes, then you will be toast and underperform. Markets will chew you up and spit you out.

The researchers studied 101 men (yes, all men) who were all at the top of their hedge fund firms and had median assets under management of $4.6 billion. Their average returns were 7.27% per year between 2005 and 2015.

The researchers used video to analyze reactions and expressions and body language to classify the individuals being studied into different personality profiles. According to the research,

The most “psychopathic” managers had the worst investment records. Those who ranked in the top 16 percent on the psychopathy scale lagged the average by 0.88 percent per year. Narcissistic managers, meanwhile, turned in mediocre returns, but their clients had to endure more volatility to get them, according to the study. That might be because narcissism, associated with overconfidence, causes fund managers to stick longer with ideas that just aren’t working, ten Brinke said.

I mentioned earlier that previous research showed how psychopaths often make it up the corporate ladder relatively quickly in large companies. Here is what the article said about the previous research:

The new study flies in the face of earlier research that arrived at darker conclusions. Previous studies have shown that psychopaths often get promoted quickly in large organizations. They can come across as confident and charming, and are often very ambitious. Other research showed that people with psychopathic traits are more likely to want to be entrepreneurs.

Never forget that most people are playing roles. Some do it subconsciously and the more devious ones do it quite consciously. I recommend studying adverse personality traits and do your best to ensure they do not encroach on your financial life as well as other very important areas of your life. Look for people who are ethical, intelligent, competent, team-oriented, and have a commitment to service.

Do your best to surround yourself with people exhibiting these traits and a track record of showing them in their actions. And of course, if you can act in the same way your behavior will be a great model for others.

Do you look for people who are ethical, intelligent, competent, team-oriented, and have a commitment to service?