Basketball Masters and The Infinite Game 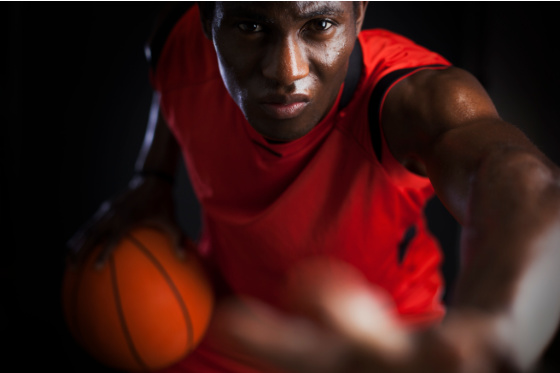 I’ve written many times over the years regarding my interest in the subject of mastery. I have great admiration for people who go deep into their craft and come to know it so well that they continuously find an edge to enable them to be successful over the long term and be able to persevere through the inevitable adversities that life throws our way.

I think mastery is a byproduct of the combination of a powerful mindset married with habits of success.Click To Tweet

I think mastery is a byproduct of the combination of a powerful mindset married with habits of success. Together these breed discipline, consistency, continuity, strategic thinking, effective decision making, courage, compassion, and perseverance to allow one to recognize and capitalize on opportunities as well as to avoid ruinous risks while doing what is necessary in between to keep both individuals, oneself, and organizations moving forward. It requires building habits of discipline which leads one to do “worst first”. These are the things that you don’t like doing or are out of your comfort zone for fear of not doing them well enough or incorrectly but must be addressed to take advantage of opportunities, take on challenges, or deal with difficult issues.

The importance of a growth and challenge-embracing mindset cannot be overstated because what one person sees as an obstacle and an impediment another one may view as a challenge or an opportunity.  How we frame events and situations and act in accordance with those prisms through which we view the world is the difference between leading a growth-oriented life versus one with a fixed mindset. The former can soar, grow, and expand one’s horizons while the latter ends up continuously stuck, frustrated, and adopting habits that result in negativity and defeat.

How we frame events and situations and act in accordance with those prisms through which we view the world is the difference between leading a growth-oriented life versus one with a fixed mindset.Click To Tweet

I bring this up because I recently read interviews with two basketball players that really spoke to me about the power of mindset and mastery. They involve people I’ve written about before: Kevin Durant and Kobe Bryant, although in Kobe’s case, it was another player speaking about him in the aftermath of his tragic passing.

When I wrote about Kevin Durant it was related to the importance he placed on having a chip on his shoulder to motivate him. In a recent interview, however, he seems to have shifted what keeps him inspired today. He has had more time to reflect after winning two championships and missing an entire season due to an Achilles injury and surgery and other injuries this season that have also led him to miss many games.

One of the books that have influenced me and I’ve written about is Finite and Infinite Games. From the interview, it appears that Kevin Durant may have been influenced in a similar fashion. The author asserts that there are two types of games: Finite and Infinite. A finite game is one in which the goal of the game is to win whereas the objective for people playing an infinite game is to keep playing. Having had the experience of winning championships and also being sidelined by a very serious injury, Durant is now much more focused on personal growth and playing an infinite game. In a recent interview, he talks about this in a very interesting way.

After winning the championship he realized that it wasn’t the end all be all. And while these were incredible accomplishments and monumental goals of his, he realized that they were temporary and fleeting and that what he should always be focused on is his own personal development as that is all he can control.

“I wasn’t expecting to be a happy human being from a title,” Durant told ESPN’s Rachel Nichols in an interview that aired Saturday on SportsCenter. “I was just expecting like, you know, the ending of a movie — once you worked so hard and everybody tells you like, ‘Yo, this is what you need to be working for, is this gold ball and these rings.’ And I’m just like, ‘All right, cool, let me lock in on that.’ And I locked in on wanting to achieve that, but I also realized it’s a lot of stuff that factors in it that’s out of my control.

“And once I won a championship [with Golden State], I realized that, like, my view on this game is really about development. Like, how good can I be? It’s not about, you know, let’s go get this championship. I appreciate that stuff and I want to win to experience that stuff, but it’s not the end-all, be-all of why I play the game.”

Clearly, he has a mastery mindset in that if he keeps focusing on continuous improvement then good things will happen. The treasure is to choose to embark upon the arduous journey of striving to grow and be the best version of oneself.  And while championships are great, Durant can’t control whether that happens since there are far too many variables in play that he may be able to influence but still can’t control. These include preparation through practice, repetition, studying the opponent, training, staying in shape, eating right, getting the proper rest, recovery management, strengthening one’s bonds with teammates, etc. These are what he can control. Hopefully, he is matched with teammates who are equally committed, skilled, remain healthy, and complement him well while being collectively led by a coach and staff that can get the most out of them. A lot of things have to fall into place to win a championship. It is obviously extremely difficult.

What does Durant say that leads me to believe that he has shifted to focusing on playing an infinite game versus a finite one? It’s the following from the same interview.

“I’ve been around, been out of the game for two years and having anxiety about like, ‘What am I doing when I get back?'” said Durant, 32, who is in his 14th NBA season after stops with the Warriors and Thunder. “Being out with an Achilles has you thinking about the game differently. And my goal is to be out there, you know. Who knows what’s gonna happen when I’m out there. I just want to be available. And I think that’s all I really want out of this, to be available for as long as I can. And we’ll see what happens between the lines.”

That is definitely our mindset at CWS. We want to always be around and on the field because that’s where the opportunities lie. If we’re out of the game then we lose access to all opportunities and the potential to grow and enhance our capabilities. Of course, being on the field can lead to adverse outcomes (e.g. a terrible injury in Durant’s case or financial setbacks in the business world) but there can be no deep appreciation of the sweetness without having tasted the sour, and one cannot prosper without taking risks. Of course, they should be prudent and consciously undertaken but the unexpected can happen which can lead to setbacks. It’s then that one has to find that reservoir of strength to dig oneself out of the hole and get back in the game with the goal of always to keep playing because that’s where the treasure is. It’s always on the field, never off of it.

This was my mindset after my heart surgery. I wanted to get back to CWS contributing again and playing tennis. Those are two areas that I can stretch myself intellectually and physically. To use my will in tennis is immensely satisfying and I could only be able to do that if I had a fierce commitment to do what was necessary to heal, to maintain a positive attitude, and to know that I was playing an infinite game in that, while this surgery kept me off of the field in the short run, in the long run, I would not be able to be on it without it. I used it to help increase my gratitude for all of the gifts I’ve been given and to motivate me to get back in the game of life. Fortunately, after 33 days I was back on the court and now I’m once again playing three-four times a week.

I will wrap this up with an observation by Adam Morrison, a former teammate of Kobe Bryant’s. He was only with him for one year but he left an indelible impression on Morrison. Unfortunately, he had a very short NBA career due to injuries which led him to go through some very difficult times. It was during those times that Kobe was very present for Morrison to help lift his spirits. After Kobe passed away Morrison was devastated. This is what he says about him and why I am so interested and admiring of masters. One can see how similar it is to what Kevin Durant is focused on.

Morrison was incredibly touched by Bryant’s heartwarming gift during one of the lowest points of his life, so when he heard of Bryant’s death last January, it shook him to his core.

“That day was tough because like I said he publicly defended me and he did that for me personally,” Morrison said. “He didn’t have to do that, and it was a very emotional day. I’m just glad that I got to be around him, to be honest.”

“It was a day of reflection,” he continued. “It was emotional. It was awful, obviously. I’m glad I got to know him. It’s not every day you get to meet geniuses and get to be around savants and be around people that squeeze every ounce of what they have into their craft. That wasn’t just basketball for him. He was a deep thinker. He wasn’t into bullshit. He wasn’t into stupid stuff. He was into what can I do to make myself better. What can I do to push myself? What can I do to push other people? You don’t get to be around a lot of people like that in your life.”

If you focus intently on personal development and play the game to keep playing, then you have the potential to lead a very meaningful and fulfilling life.