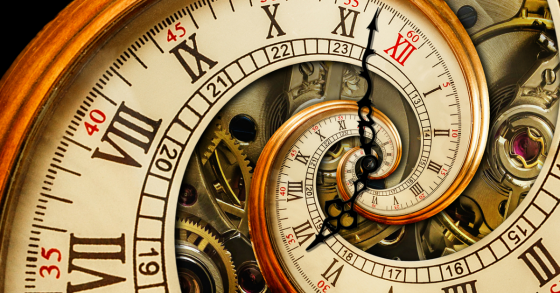 I had the pleasure of seeing Crazy Rich Asians last week. It was quite enjoyable and I very much recommend it. There is a scene in the movie that represents the clash of values between generations and cultures (Chinese and Chinese American) in which the matriarch criticizes her son’s Chinese American girlfriend for being fixated on the American obsession of happiness and wanting to be happy. She counters that the Chinese culture focuses on building things that last and that is what is most important.

In some ways, the American system has embodied the best of both worlds as epitomized by the idealism of Jefferson and his ideas that still represent the yonder star for America to this day and Hamilton who was extremely practical and knew that building a nation that created a system to establish creditworthiness that would be second to none would allow for the development of a nation that would be built to last. Both were proven right. Powerful ideas and values combined with the nuts and bolts of building a strong foundation for nation-building have resulted in a country quite extraordinary in many ways. I digress.

Returning to the matriarch of the movie, I actually think she makes a great point as harsh as it may have been to hear for the audience (and her son’s girlfriend). Most of what we think brings us happiness is often momentary and fleeting. While the tenor of her argument was that building something that lasts is an act of sacrifice and subordinating your desires and needs to a greater good and does not seem to produce much joy or happiness, I don’t really agree with this. Focusing on building things that last and happiness are not mutually exclusive. In fact, they can be highly correlated.

Human beings are endowed with the intelligence and consciousness to know that our lives are finite and it’s as a result of this mortality that we can have the motivation and inspiration to make a difference in order to leave a legacy by contributing to building things that last. This could mean a strong family, community investment, businesses, works of art, a financial legacy, charitable contributions, service to our country, and the list goes on and on.

So yes, focusing on building things that last beyond one’s lifetime with the purpose of bringing more connection and unity versus separation and being ego-driven can be a source of immense long-term fulfillment and happiness. And pleasure seekers are often pain finders so looking beyond one’s immediate needs and desires to serving a greater good can be very fulfilling over a long period of time.

One of the more influential books I have read is called Finite and Infinite Games. It is at times very challenging to absorb and one I find myself returning to review my highlights and notes on my Kindle to gain further understanding. I think some of the key points of the book speak to what the matriarch was trying to convey and I believe can offer us great lessons when it comes to leading a more fulfilling life, finding more meaning in the work we do, and even becoming better investors as I think that companies that are run with an infinite game mindset will be more successful in the long-term. When you read some of the characteristics of infinite games it’s hard not to think of Amazon. And when you learn about finite games I find myself thinking about politicians, and particularly Donald Trump.

I have found that understanding the distinction between finite and infinite games to be very helpful in how we try to run CWS. So let’s jump into the differences.

[T]he only purpose of the game is to prevent it from coming to an end, to keep everyone in play.

At CWS we constantly reiterate that we always have to be on the field no matter what the conditions are. This is particularly the case when times are tough because the best opportunities arise from the ashes. We also need to be fully engaged even if we have come off the bottom and values are not as compelling but still offer a solid risk-reward relationship. This is because it is during these times that there are overall more opportunities to take advantage of as transaction volume re-materializes and they are worthy of deploying a large amount of capital. Not only must one not be distracted by problems resulting from being too heavily invested at the top using risky debt structures, but one must also be able to overcome errors of pessimism at the bottom so one can have the courage to take action.

And, as just mentioned, it’s also critically important to avoid costly errors of optimism in which one overpays for acquisitions using risky debt structures that can result in loans with short maturities and/or low coverage ratios without sufficient reserves to handle the prospect of negative cash flow. This can require challenging investor and lender interactions to handle the resulting negative cash flow and put you on defense at a time when being on offense can be highly lucrative.

The book goes into a lot of other deep concepts and distinguishing characteristics between the two that are more applicable to another post. In my opinion, finite game players often see the world as zero-sum in which I win, you lose and vice versa. They operate from fear, insecurity, and have large egos that are fragile. They try to win by dividing versus uniting. Infinite players believe that to keep playing they have to invest for the long-term, be inclusive, grow the market, and contribute to creating a bigger pie that brings more people into the game.

By always putting the needs of those you serve first and making the necessary and smart investments to improve one’s service level capacity to enhance the customer experience and value proposition while providing one’s employees with the resources to help them be more successful in their jobs and being financially inclusive when sustainable profits are generated, then one is playing an infinite game. And because the goal of is to keep playing the game then one need not worry if others are successful as that is necessary for infinite games. Infinite players focus on what they can control and let others worry about themselves.

I think if we become more intentional about building things that last then we can also find tremendous satisfaction in having done so and perhaps maybe even experiencing the Jeffersonian ideals of life, liberty, and the pursuit of happiness as we proceed down this path.