The Power of Public Commitments 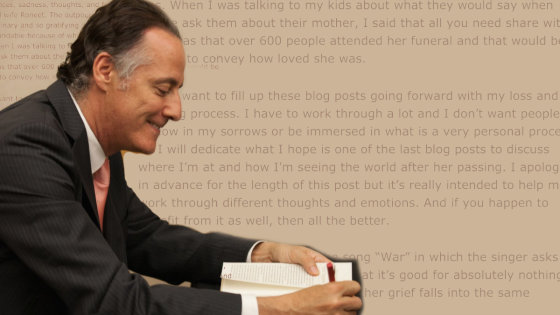 Someone who shall remain nameless (because that person wants to remain nameless when it comes to my blog) brought up an issue with me regarding this person’s concern that I am too open on my blog about personal issues and that it would be better if I just kept a journal as there was no need for me to be revealing such information publicly. I thought about what this person said and, much to that person’s consternation, I felt even more strongly about continuing to write about personal issues as I have gotten enough feedback from people telling me how what I have shared has helped them which is enough for me to keep doing what I’ve been doing. And when I add in the personal benefits I find it has been additive to the quality of my life.

The concern brought to my attention led me to reflect on why I have been so open at times. I realized that it came down to the power of public commitment and accountability and how this has helped me, particularly over the last five years or so. For example, writing a book had been on my bucket list for a long time but I didn’t really kick it into high gear until I declared publicly at one of our annual investor meetings in front of 400+ people that I hoped I would have a book published by the time we have the next meeting the following year. And while it ended up taking one year longer than anticipated, I don’t think I would have gotten it done without having made that public declaration as it was something that I felt I could not turn my back on and it kept me motivated.

Embarrassment and the corresponding fear of that can be great motivators to stay the course.Click To Tweet

Along the same lines, a few years ago Roneet wanted to catalyze improving her health (as well as mine) so she signed us up for what she called “fat camp”. It was really a fitness camp but calling it “fat camp” gave it more power to her in terms of what she was hoping to accomplish. Signing us up got us into action and it definitely did the trick because when we were done we realized that after exercising six hours a day we could definitely commit to a regular exercise schedule of at least 30 minutes a day three to five times per week. To stay the course we signed up with a trainer which I’m sure would not have happened had we not gone to fitness camp. I have continued with the trainer on a regular basis to this day. We meet twice a week, although there are inconsistencies due to travel, vacations, work commitments, etc. 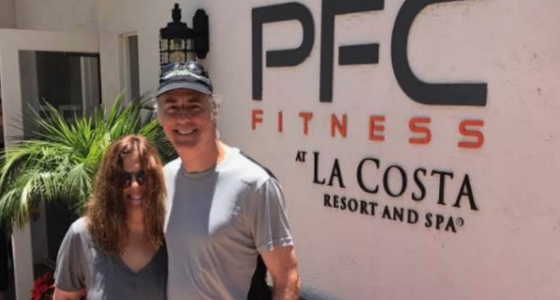 Scheduling twice a week with my trainer has also been another form of accountability and semi-public commitment and it has had wonderful compounding effects on my life. It’s a healthy habit, increased my endurance and strength, and now that I am playing tennis, we have begun adapting some of the exercises and routines to allow for greater tennis longevity and effectiveness. I also like how when I’m feeling pain or discomfort from my tennis that it’s a signal to me what I have to work on it and we develop a plan to address it. So far the results have been good as the pain tends to dissipate fairly quickly. And when also adding in my previous discussions about my daily smoothies and cold showers I feel as though these are also public commitments and they too have been very beneficial for enhancing the quality of my life.

My goal from a fitness standpoint with regard to tennis is to never have conditioning or strength be an issue in terms of my performance. Of course, my performance can ebb and flow based on my skill, execution, and mental fortitude, or lack thereof, but I never want conditioning to be an issue. In fact, I want it to be an advantage and it is admittedly quite satisfying when I’m in a challenging match that requires a lot of physical exertion on both sides and I see my opponent huffing and puffing and putting his hands on his knees while I’m gaining strength and wanting to dig down even more deeply to stay aggressive.

In addition to the public commitment of the book, working out, having my daily smoothie, and having at least 30 seconds of cold showers each day, the blog is something that allows me to derive great satisfaction from accomplishing something each week. That’s very tangible and I try to get the blogs done by the end of the week so I leave work on a relatively positive note, and it’s a habit that I want to continue.

Public commitments and accountability also carry over to running CWS. We do this by building processes into the system to make this a reality. Examples of this are our quarterly board meetings, two conference calls with our investors each year, an annual investor meeting, our annual investor report, a quarterly article highlighting key issues we’re focused on, and our quarterly reporting for all of our investments. These built-in public accountability measures require us to focus on our investments in terms of what’s working and what’s not working and communicating them to our investors so they can have some visibility with regard to the performance of their investments, their trajectory, and to minimize surprises. When it comes to our board meetings the benefit of these is not only the accountability that comes with them but they also require us to take a step back and look at key strategic issues for the company so that we are working not just in the business, but on the business as well so that we make decisions today and plant seeds that will hopefully bear fruit in the years to come as well as avoiding risks that might take us off of the playing field either temporarily or permanently.

The bottom line is that I think if I had just journaled since I started blogging, especially as I have been processing the loss of Roneet,  I don’t think I would have been as far along in terms of integrating the trauma, its impact, aftermath, and her memory into my life. It’s been cathartic and I feel like I’m not alone in the process and since people have reached out to me or commented that having done so has been very helpful to them, it has been gratifying as well knowing I have been able to help others. I’m really grateful to this person for having brought this issue up with me because it made me think about the choices that I’ve made and how they may have benefited others and myself.

My experience with public commitments has led me to conclude that there is great value in them and to gain the most benefits from them requires setting up recurring methods of accountability related to the most important aspects of one’s life. I have been pleasantly surprised by the positive outcomes in the compounding effects throughout many aspects of my life.

2 comments on “The Power of Public Commitments”