Back in the Saddle - Blogging Style 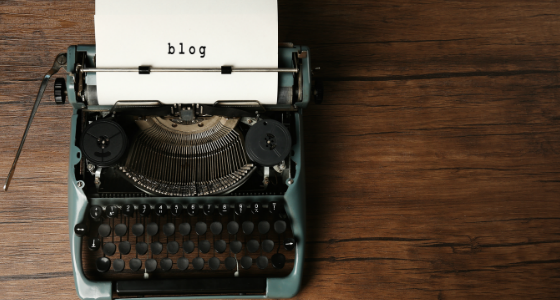 It’s great to be back blogging after a long sabbatical that had CWS and I focused on an extraordinarily time-consuming, complex, and large portfolio recapitalization. In addition, I have been also spending a lot of time doing open heart surgery on the book I’m working on via a comprehensive reorganization and re-write.

It’s good to be back home blogging. I have been on a sabbatical for a number of months, following the likes of John Lennon, Thoreau, Dylan, and the Grateful Dead. For John Lennon, it was known as his “lost years” while for Thoreau it was life altering and led to Walden. I’m not sure what to say about the Grateful Dead and Dylan.

We went through an extraordinarily complex and interesting recapitalization/sale of 18 of our properties that worked out remarkably well but was at risk of being somewhat calamitous. This required great focus to make sure that we did all we could to create the best outcome and the blog suffered. We were in a precarious position, caught in the middle between two other groups in which we had to look strong, yet befuddled, since our hands were tied in terms of having true decision making and negotiating autonomy. I did some game theory research and discovered zugzwang, which is usually associated with chess. It’s a situation in which any move you make puts you in a worse position so the best move is to do nothing at all, which is what we essentially did until everything came to a head. This not only applied to our situation at CWS but with me blogging as well.

More importantly, as a firm CWS works hard at being disciplined when it comes to making investments and monitoring them. Successful investing is not only having profitable insights and the courage to act on them, it’s also a byproduct of good processes and the discipline to follow them. Things are always changing so it’s important to have a consistent way of monitoring investments that provide for the ability to be reflective versus reactive (one of the themes of my book) so it shouldn’t be a moment by moment thing. It also shouldn’t be so infrequent that important inflection points are missed. We always try to form a hypothesis as to why we’re making an investment and then make sure we have procedures in place to help us whether the hypothesis remain valid or not. This requires us to evaluate for our apartment investments the following:

The Outlook For Interest Rates

Job Growth In The Area We Are Invested In

Putting this all together helps us form a mosaic to determine if we should stay the course (which is usually the case) or contemplate selling a property. It also helps us to determine if we want to buy more in a particular area. This approach has generally worked well for us over the years as we haven’t lost money on any of our apartment investments since we purchased the first one in 1988 and we rarely regret when we sell a property, although there are definitely times when the next buyer made money, but usually we do better with our reinvestments into new properties while also having offered liquidity to those investors that want to exit.

I am working with a publisher that is adept at helping authors develop a platform, particularly through social media. The smart folks at Greenleaf Publishing (www.greenleafbookgroup.com) and the host and designer of this blog (and printer of my quarterly articles), the fabulous Heidi Garland  at Guild West (www.guildwest.com), told me to get off my hang-ups of being obsessed with having to convey something so uniquely profound and often and told me instead to focus on consistency. Start off blogging once a week. Build the muscle of writing regularly and like anything we do consistently for at least 30 to 60 days, I can then make it a habit.

In that vein, downloaded Daily Rituals: How Artists Work because I realized that I needed to build writing rituals into my life. I’m pretty disciplined at doing it for CWS on a quarterly basis as I have written consistently for our investors for the past 15+ years without missing a beat (Gary’s Articles). So obviously I have something in me to get that done.

As I was reading the introduction I came across a brilliant explanation regarding the benefits of having a routine. The author says that “[a] solid routine fosters a well-worn groove for one’s mental energies and helps stave off the tyranny of moods.” How true that is! I always feel so much better after (even during) I write. Someone once told me that we can act our way into better feelings and that it is far more difficult to think our way into them. Writing is one of those positive actions. In addition, it is much more therapeutic for me if I can write for longer spurts then brief notes to myself. Heidi is adamant that my blog posts be at least 300 to 400 words or the search engines won’t pick them up. I also think she knew deep down that writings comprised of such minimum word counts would be good for my psyche as well.

In an effort to strengthen my muscles of concentration and focus, I made a commitment to focus on one book at a time versus jumping from one to the other to satisfy my thirst for novelty (somewhat pun intended). I was in the middle of reading of Where the Heart Beats, a biography of avant-garde composer John Cage, and Blue Highways about a Native American’s journey through the back roads of America when I downloaded Daily Rituals and Dark Star: An Oral Biography of Jerry Garcia. Being a fan of the Dead, I had to start the book to see if it resonated with me. It definitely did and as I started reading more of it I told myself I will finish it before moving on to the next one. I did fulfill this personal promise. It actually became easier to do so as I progressed through the book because I saw how incredibly destructive a lack of discipline could be in Garcia’s life. On the one hand, Jerry was an incredibly committed and hardworking musician who cared deeply about giving everything he had to the audience during shows. On the other, he was so undisciplined in all other areas of his life, especially his diet, lack of exercise, prodigious drug use, and completely unmanageable relationships with women, that it destroyed him and led to his death at age 53. His lifestyle was such that it offered so much free time for him that he didn’t have the focus or interest to fill it with productive endeavors. Drugs became his life which led to an isolation, poor health and perpetuated the atrophying of his discipline muscle. Reading the accounts of his life and his sinking into the abyss put it in my face how important it is to have healthy routines.

I’m glad to be back and I hope you come back next week when I will share some more about my book.

4 comments on “Back in the Saddle - Blogging Style”