Why I'm Writing The Book: The Philosophical Investor 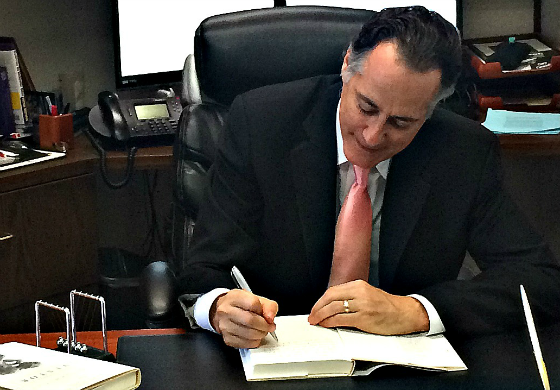 Writing is one of my greatest pleasures. Julie Cameron is not only a great writer but also one of the most insightful communicators about the creative process and what it takes to truly live an artistic-centric life. As the quotation above conveys, writing is a deeply personal undertaking and Cameron believes that we should write for ourselves and not pay much heed to what we think others want to read. We run the risk of chipping away at our authenticity and not being able to tap the deepest parts of our psyches to reveal what needs to be passed on to others. Cameron says,

We run the risk of chipping away at our authenticity and not being able to tap the deepest parts of our psyches to reveal what needs to be passed on to others. Cameron says,

“It is all too easy as an artist to allow the shape of our career to be dictated to us by others. We can so easily wait to be chosen. Such passivity invites despair. To remain healthy and vital, artists must stay proactive in their own behalf.”

The combination of writing being such a personal endeavor with my natural inclination for privacy and not being comfortable tooting my own horn, makes the notion of making public declarations about commitments rather uncomfortable for me. Yet, I have crossed the rubicon and there is no turning back. I am fully engaged in completing my book and now I am starting my journey of revealing what it’s about and hopefully sparking excitement about it. And while I have written it for myself, as Cameron has preached, my passion and commitment for the project is such that I hope others can derive a lot of value from it in ways that will enhance their lives.

In this blog I will cover the following:

Why I’m Writing the Book

The current working title is: The Philosophical Investor – One Man’s Journey To Monetizing the Game of Life [ final title – The Philosophical Investor – Transforming Wisdom into Wealth ]. The notion is that we really don’t have one hat for business and one for our personal life since we only have one head. Investing informs life and life inform investing. Hopefully, if the game of life can be monetized effectively, then great abundance can result. The game is not one we are typically used to in which we are told how we win and what the rules are. Rather, it follows the approach of Richard Feynman explaining how physics works using the analogy of chess.

Life is not like school where we are given a syllabus, the reading materials, the dates of the tests, what’s going to be covered on the exams, and how one can get an A in the class. Rather, I have found that through observation, discovery, and trial and error, more information and patterns are continuously revealed and from this, we can discover the rules, why we are playing the game, and what winning means to us. It is a very personal game that ultimately no one but ourselves can or should determine how we win and how we’re doing.

I am hoping to have the revised, completed manuscript done by May 31 [finished book debuts March 17, 2015]. It has taken quite a bit of retooling to get to this point as I had a very unwieldy document that needed a lot of reorganizing and restructuring in order to result in something that had a coherent narrative that was also enticing, engaging, entertaining, and educational (My 4 Es) I was really challenged to figure out where to go with it. As the old joke says, I knew there was a pony under there somewhere. I just had to wade through a lot of unpleasantries to find it. I finally had the breakthrough that I needed to overcome the logjam and now progress is afoot.

I have been a huge fan of Charlie Munger and Joseph Campbell for a number of years. On the surface, it would appear that these two individuals were 180 degrees apart from each other in terms of their life’s purposes. Yet, following another philosophical guideline of Feynman’s, who said that “everything is interesting as long as you look deep enough,” upon closer scrutiny, they actually have much in common at their essence.

Munger pursued making money and Campbell’s focus was on helping people to find and following their bliss. Yet, Munger also believed that making significant amounts of money in the world of investing and business could only come from being deeply in touch with one’s authentic nature, being cognizant of one’s blind spots, and having the courage to not give a damn about what others think. From my study of Campbell, I believe he would have agreed.

I’m sure most people know who Charlie Munger is: Warren Buffett’s partner and confidant at Berkshire Hathaway. Not as many in the business/investing world are as familiar with Campbell.  Joseph Campbell was one of the world’s pre-eminent scholars focused on comparative myths and comparative religion. He believed that there were universal psychological energies (archetypes) that permeated all cultures and eras as evidenced by how similar so many myths are across time and geography. He was highly influenced by Carl Jung in formulating his beliefs. He said the goal of each individual is to find his unique path in life and to do all he can to not to cave into the “Thou shalt’s” of society. By following one’s bliss one, is often infused with a sense of wonder and connectedness and living from one’s quiet center. Campbell said:

“People who have taken their journeys and developed an integrated Self can trust their instincts. When they live by their deepest, essential Selves, they can follow their bliss without fear of doing harm to themselves or another. They know how to trust the process of life, and when they do so, life can become a dance- an expression of pure joy.”

Does this sound like how you are experiencing life?

So how do Munger and Campbell tie together and what does this have to do with my book?

Philosophers attempt to address the most important questions of our existence. Questions such as:

Being an inquisitive type of individual I have found myself inquiring about such questions but not only from a metaphysical standpoint. Given the title being The Philosophical Investor, I was wondering if there was an investment nirvana. After many years in the wilderness and nearly 27 years with CWS, I think I have discovered and experienced it. I used to say that I always wanted CWS to have capital when others didn’t because it was usually during those times that best opportunities were available. I still believe this. Yet, that is so much easier said than done. It doesn’t just happen. And this is where Munger and Campbell come in.

I have tried to read everything Munger has said (he’s more of a speech-giver than writer) or written about him. One of the greatest gems was the following and to me is the best description of investment nirvana (from my perspective) and what we want to achieve at CWS as well as in my life in general. Munger said the following:

“Our experience tends to confirm a long-held notion that

being prepared, on a few occasions in a lifetime, to act

promptly in scale, in doing some simple and logical thing,

will often dramatically improve the financial results of that

A few major opportunities, clearly recognizable as such,

will usually come to one who continuously searches and

waits, with a curious mind that loves diagnosis involving

when the odds are extremely favorable, using resources

available as a result of prudence and patience in the past.”

This is powerful stuff and probably requires it to be read a few times to get its true essence.  When everything lines up like Munger describes that’s what I call a Munger Moment and to me that is nirvana for an investor and this to me embodies everything for which I have tried to work:

To capitalize on the Munger Moment requires staying off of the mountain when the avalanche occurs and one stayed off of it because of correct analysis (versus luck) and discipline (tying oneself to the mast a la Odysseus) which comprise wisdom. So while everyone is digging out you can have the runs of a lifetime because the owners of the resort are begging you to ski there and the conditions are ideal while the mountain is virtually empty (courage).

Campbell comes in because he created the pre-eminent analysis of heroic journeys and how they are structured. Most heroic stories and myths follow the same pattern. In fact, Star Wars is completely based on the principles laid out in Campbell’s The Hero with a Thousand Faces as Campbell was a personal hero to George Lucas. The journey typically requires a form of preparation which involves trials and initiations, a departure on the journey, and the return to convey the wisdom gained to the uninitiated so people can be helped out of the Wasteland of living inauthentic lives.

The book is structured accordingly, not because I think what we or I have done is heroic, but rather, I think it forms a compelling structure to explain how we capitalized on what we believed was a Munger Moment for apartment investors in the aftermath of the Great Recession. We seized the moment and went on an aggressive buying spree which turned out to have been quite profitable. Yet, it took a lifetime (for me) and over 30 years of preparation for CWS to:

What it Means to Me Writing the Book

“Life is lived forward but understood backwards.” KierkegaardClick To Tweet

This is obviously a very personal journey and one I felt compelled to write about. I believe that we are all on or could be on heroic journeys with some more conscious of it than others. Looking at our lives in this fashion can help us to find that unifying principle that ties it all together. And from this hopefully, we can find and begin to follow our bliss. I have sought to create wealth (not just money) through discovery, effort, and education to enhance the lives of those who invest with us or depend on me. While CWS has been the main canvass for me to paint my masterpiece (I think we all have masterpieces within us), the notion of Munger Moments has not been restricted to business. They have occurred in my personal life as well which I discuss in the book. This book has helped me reflect on my life in ways that have started to bring greater understanding.

I hope you can take the time and inclination to look deeper within and try to find what allows you to live from that very quiet center that is often so elusive to most of us.

I hope you will join me on my journey as well when the book comes out.