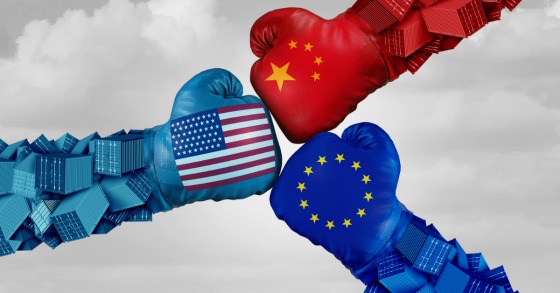 Last week was one of those data weeks that corroborated the bond market’s view that the world is facing some strong economic headwinds. The news on the international front was particularly dismal with Chinese exports dropping by 20%, and German factory orders contracting as well. 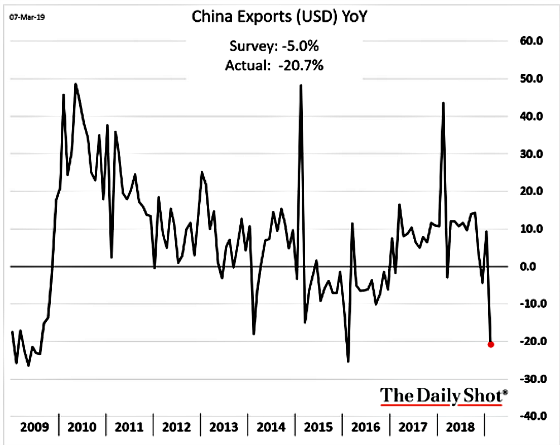 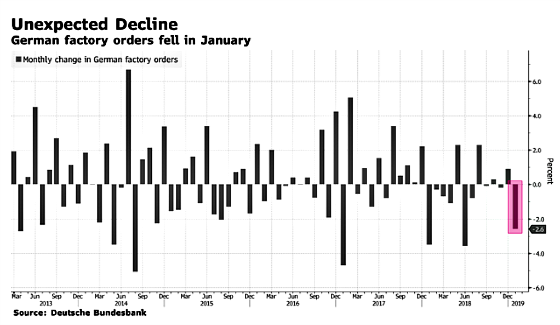 The combination of weaker German economic data and the ECB reducing its estimates for future economic growth in Europe moved German yields materially lower as the next two charts show. 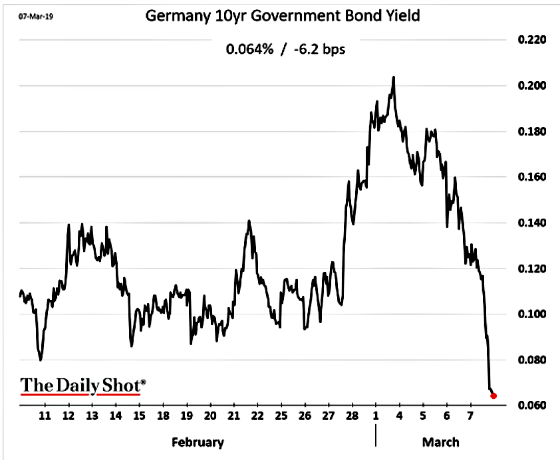 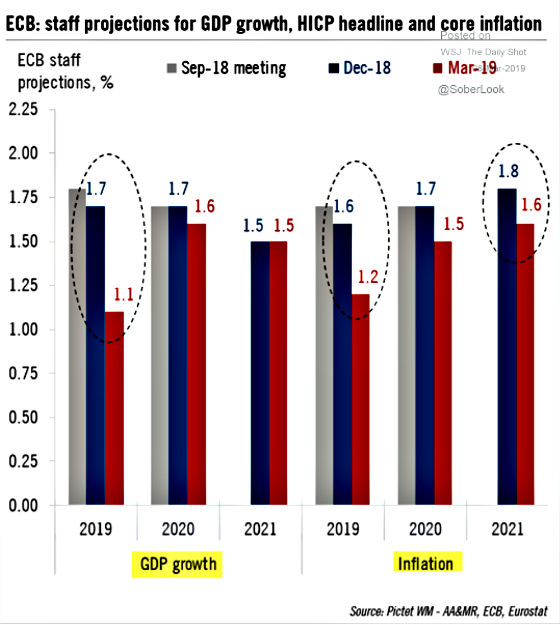 Investors immediately reassessed the probabilities of the ECB increasing rates over the next year. 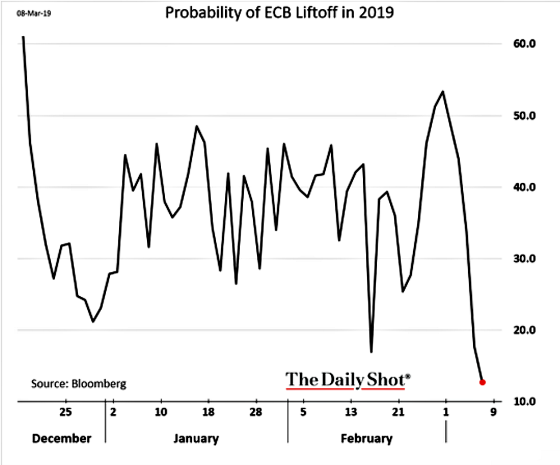 On top of the international economic data that disappointed, we had a very weak employment report with only 20,000 nonfarm jobs created. Now, this is probably a very fluky number, just like the previous month was with 300,000+ jobs created, so one has to take a longer view of this data set to try to ascertain where things are headed. The following chart shows annual job growth and one can see that after bottoming out in later 2017 and recovering nicely, it appears to be rolling over again. Time will tell if this trend holds.

And much to President Trump’s chagrin, export performance has been very weak as the rest of the world is experiencing slower growth. 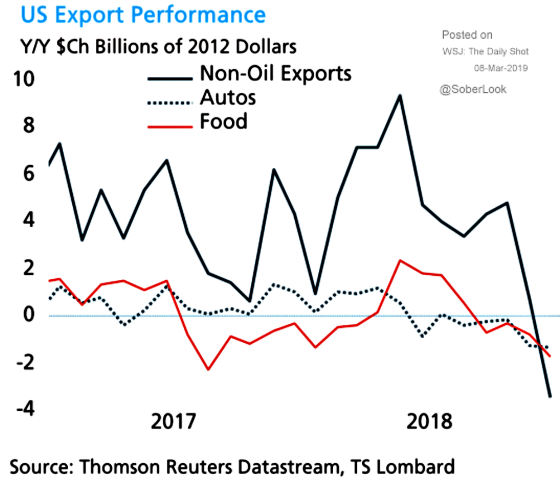 Investors are betting on lower short-term interest rates in the future as evidenced by the forward curve for LIBOR which speaks to future economic weakness. Investors have 30-day Libor dropping to 2.29% and bottoming out there in February 2022 and then gradually increasing. 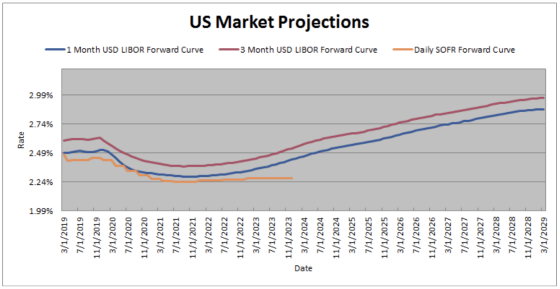 A friend of mine reached out to me because he was buying a vacation home and he asked me if I had a prediction about interest rates over the next two weeks because he was deciding on when he should lock in his rate. Of course, this is a very difficult request (as he acknowledged) because yields can move more on emotion and psychology in the short run as opposed to fundamentals over the long term.

I told him that I had been looking at the chart of the 10-year Treasury note yield and felt like there had been some disappointing economic data that had come out and yet yields had risen (this was the previous week). I had some concern that if the yield broke through 2.75% we would have higher yields ahead. This did not happen as the following chart shows. 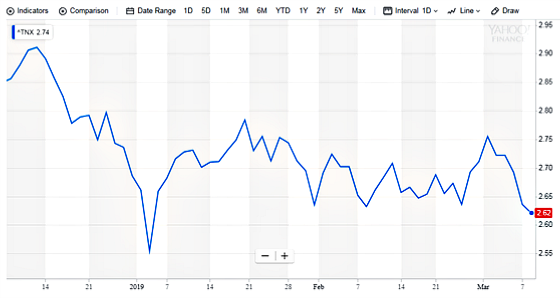 Because the time frame was so compressed, I felt like I should weigh seasonality more than fundamentals because in the short run I thought that would dominate. I turned to sentimentrader.com for the data. The chart appears below and it looks pretty plain to see that March is historically the worst month for Treasuries. That sealed the deal and I told him that my bias would be to lock. He appreciated it and unfortunately, I think he took my advice. 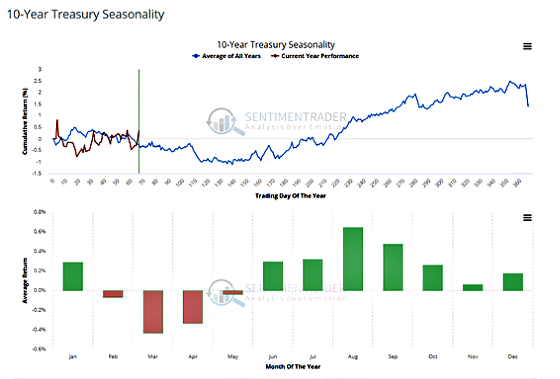 I thought the odds were in the favor of rates going higher or not moving much but I was wrong in the very short run. And that’s the lesson. Try to avoid bets where you have to be right over a very short period of time.

One comment on “Sorry Jack: Strong Economic Headwinds - Now What?”