One Mis-Step Away - Answers Come After the Question is Posed 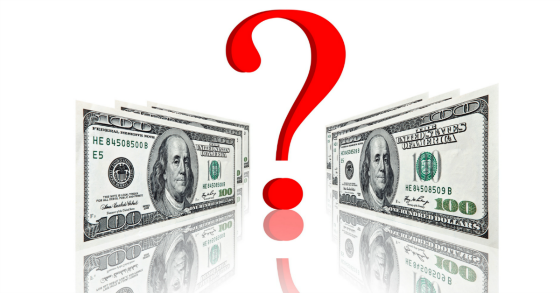 Answers can only come after a question has been posed. Thus, formulating great questions is the first, and most important, step to growing one’s base of knowledge. As I have written in my book, the two most important questions I need the answers to in terms of our investments at CWS are:

What is going to happen to our Net Operating Income?

What is going to happen to the cost of capital?

Net Operating Income and cost of capital both drive value and for variable rate borrowers like CWS, they also impact one’s current return, as the former impacts operating cash flow while the latter impacts free cash flow. A third question that is very important is what going to happen with replacement cost, but that one is less pertinent for this blog.

The first question requires a deeper dive into how much new supply will be hitting the market because this can have a big impact on pricing power. Demand is well correlated with employment growth and specific location changes. And the most important influencer is the national economy. It’s hard for most metropolitan areas to avoid being negatively impacted by a material slow down or contraction in the national economy. As a result, many of the questions I will be asking and subjects I will be paying attention to will be ones that may have macroeconomic effects.

On the cost side, this is affected by labor availability and overall cost trends as well as property tax and insurance costs and coverage.

The cost of capital is impacted by economic growth, investor fear and greed, the Federal Reserve’s reaction function to economic data and market movements, the U.S. dollar, the regulatory environment, tax law changes, global forces, particularly related to China, initial conditions in terms of leverage in the economy and whether there is excess or a healthy state in terms of balance sheets and capital providers’ willingness to lend.

Given all of this, here are some of the questions I am asking myself and why I am paying attention to these topics.

With China having been such a big driver of economic growth and much of the global supply chain being connected to China, how will the increasing tensions between the United States and China impact global flows of goods, services, and capital?

The impact of this can influence interest rates via economic output being impacted and it may lead to more onshoring of manufacturing in the United States. I will begin paying more attention to company conference calls discussing this subject to see if this is a trend. And if it is, then try to figure out what areas may benefit from it.

With Chinese President Xi’s recent speech discussing major challenges China is facing, my question is whether this a clear signal that growth will be sacrificed for party control and social stability? China is clearly slowing down and being impacted by our tariffs. Trump and Xi both have huge egos and are very stubborn so we’ll see if one backs down. It appears that Xi has been consolidating power to have full control to assert supreme authority over Chinese politics, society, and the economy to have an iron hand to deal with the potential fallout (e.g. protests, social instability, riots, etc.)  from a slowing China that will become more demographically challenged. At Davos, George Soros expressed a deep concern that the cold war with China could turn into a hot one and the situation is becoming very dangerous. He also called Xi the most dangerous opponent to open societies. In the short, to medium run, this could keep interest rates down as economic growth slows and people look to the safety of Treasuries. It may widen corporate spreads, however, as the appetite for risk wanes.

Will the yield curve invert between the 10-year and 2-year Treasury?

If it does then there is a high probability that the Fed will have to start cutting interest rates within a year of it taking place.

Will the Fed pause as the market is betting it will?

This, of course, impacts our variable rate loans.

If so then this will help apartment demand. It could continue to slow down housing and have a negative impact on the economy and consumer sentiment.

Will the increasing focus on inequality and higher tax rates for the rich as an antidote to it take on more force?

If so then it may impact people’s willingness to take a risk and could impact economic growth and interest rates.

How will Brexit play out?

This, of course, creates more uncertainty. I think a hard Brexit would be a disaster for the U.K. and a negotiated one will still create tremendous economic challenges and potential contraction for a period of time. I see this being bullish for Treasuries.

How will the Bezos divorce settlement end up?

This interests me because Jeff Bezos is so creative and so forward-looking that I would expect a novel approach.

Will Israel, Syria, Iran, and Russia end up in a much more dangerous and larger conflict?

This may lead to a demand for Treasuries and lower yields. The same might apply to Venezuela now that the U.S. has recognized the opposition leader as the president and Russia has warned the United States not to interfere, which is pretty amazing given it falls into our sphere of influence as articulated in the Monroe Doctrine. That was then, this is now.

Shale – Do investors now require a much greater focus on profitability, especially with the big correction in oil prices?

If so, then this could impact output and curtail some of the recoveries in Houston.

How do declining population, high pension liability states like Illinois, Connecticut, and New Jersey avoid the death spiral of a declining tax base that politicians believe requires higher taxes to make up for the revenue shortfall only to drive more people out, particularly higher earners, to lower tax states, thereby exacerbating the problem?

The pension issue is a huge albatross around many states and local governments that only bankruptcy can ultimately resolve, although there are questions as to whether it can be used to restructure pension liabilities.

What will happen with Fannie and Freddie and how will this impact multi-family lending capacity and the cost of capital?

A new regulator will be in place, although I don’t expect he will be in a position to recommend and implement (through Congressional action) material reform for at least a year. He may curb their lending capacity so they don’t have as large of a market share as they do now. This is definitely something I will be paying close attention to.

Will the Mueller Report lead to any negative consequences for Trump?

Trump is not one to take being put in a corner lightly and will usually fight back like a caged animal so who knows what may happen if this is the case, especially on the international front. This only creates more uncertainty.

I see forces coalescing in many parts of the world that one mistake can escalate exponentially into very bad events. This is the case between the United States and China, Israel and Iran/Russia, the United States and Russia in Venezuela and the Ukraine, Brexit, the Federal Reserve proceeding down a tightening path that is on “automatic pilot” as Chairman Powell described it before markets pummeled him, and the government shutdown (now temporarily over) pushing a modestly growing economy into no growth or a contraction.

So there you have it.

A bit of a stream of consciousness about my top of mind questions and concerns. I’m sure there are some vitally important ones I’m missing so feel free to share any that you feel should have more of my focus.