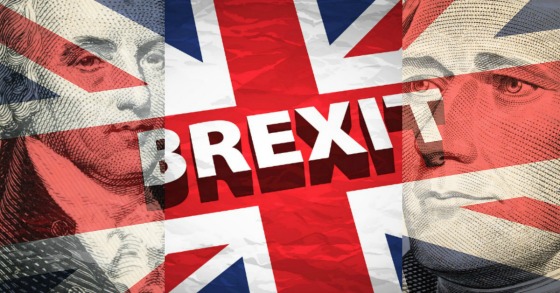 This is part two of my blog post regarding Alexander Hamilton as well as James Madison as he is featured prominently this week. It seems particularly fitting to blog about this given the decision by U.K. voters to exit the European Union. Hamilton and Madison believed that factions were the greatest risk to good governance, especially when there are highly emotional issues of great consequence. I encourage you to read this with the Brexit in mind. Hamilton and Madison focused intently on what makes a union strong and what the risks are to that union.

I really don’t know if the U.K. made the right move with Brexit or not but it was so smart to never cede control of its currency and adopt the euro, which makes leaving the E.U. much easier than would be the case. In addition, there are some deep flaws in the design and governance of the E.U. so it’s understandable why a large number of U.K. voters would not want to subordinate some of its sovereignty to a very bureaucratic, superstate that has been ineffective in many ways.

One of the most important philosophical principles in the design and construction of the Constitution is the recognition that human nature has some terrible tendencies so rather than trying to change what is virtually impossible to change, it’s best to limit its negative effects as much as possible. And according to Hamilton and Madison, factions are the biggest risk to any government. Think of Iraq and much of the Arab world fracturing due to the Sunni-Shia war that has been taking place in many forms throughout the Middle East.  Limiting the rise of factions and insurrection requires a strong union. I love how much the Founding Fathers tapped into history and philosophy to draw important lessons that were applied to the Constitution. As Hamilton says in #9,

A FIRM Union will be of the utmost moment to the peace and liberty of the States, as a barrier against domestic faction and insurrection. It is impossible to read the history of the petty republics of Greece and Italy without feeling sensations of horror and disgust at the distractions with which they were continually agitated, and at the rapid succession of revolutions by which they were kept in a state of perpetual vibration between the extremes of tyranny and anarchy. If they exhibit occasional calms, these only serve as short-lived contrast to the furious storms that are to succeed.

Madison takes over with number 10 and does a brilliant job of defining what a faction is, how human nature combined with inequality in terms of property can lead to factions,  and how the effects of factions must be the primary focus versus eliminating the cause of them.

I will end this post with some powerful excerpts of #10.

What is a Faction?

AMONG the numerous advantages promised by a well-constructed Union, none deserves to be more accurately developed than its tendency to break and control the violence of faction.

By a faction, I understand a number of citizens, whether amounting to a majority or a minority of the whole, who are united and actuated by some common impulse of passion, or of interest, adversed to the rights of other citizens, or to the permanent and aggregate interests of the community. There are two methods of curing the mischiefs of faction: the one, by removing its causes; the other, by controlling its effects.

As long as the reason of man continues fallible, and he is at liberty to exercise it, different opinions will be formed. As long as the connection subsists between his reason and his self-love, his opinions and his passions will have a reciprocal influence on each other; and the former will be objects to which the latter will attach themselves. The diversity in the faculties of men, from which the rights of property originate, is not less an insuperable obstacle to a uniformity of interests. The protection of these faculties is the first object of government. From the protection of different and unequal faculties of acquiring property, the possession of different degrees and kinds of property immediately results; and from the influence of these on the sentiments and views of the respective proprietors, ensues a division of the society into different interests and parties.

The latent causes of faction are thus sown in the nature of man; and we see them everywhere brought into different degrees of activity, according to the different circumstances of civil society. A zeal for different opinions concerning religion, concerning government, and many other points, as well of speculation as of practice; an attachment to different leaders ambitiously contending for pre-eminence and power; or to persons of other descriptions whose fortunes have been interesting to the human passions, have, in turn, divided mankind into parties, inflamed them with mutual animosity, and rendered them much more disposed to vex and oppress each other than to co-operate for their common good. So strong is this propensity of mankind to fall into mutual animosities, that where no substantial occasion presents itself, the most frivolous and fanciful distinctions have been sufficient to kindle their unfriendly passions and excite their most violent conflicts.

The Unequal Distribution of Property

But the most common and durable source of factions has been the various and unequal distribution of property. Those who hold and those who are without property have ever formed distinct interests in society. Those who are creditors, and those who are debtors, fall under a like discrimination. A landed interest, a manufacturing interest, a mercantile interest, a moneyed interest, with many lesser interests, grow up of necessity in civilized nations, and divide them into different classes, actuated by different sentiments and views. The regulation of these various and interfering interests forms the principal task of modern legislation, and involves the spirit of party and faction in the necessary and ordinary operations of the government.

Solutions to Minimizing the Negative Impact of Factions –

Assume Idiots Will Be in Power – Brexit?

It is in vain to say that enlightened statesmen will be able to adjust these clashing interests, and render them all subservient to the public good. Enlightened statesmen will not always be at the helm. Nor, in many cases, can such an adjustment be made at all without taking into view indirect and remote considerations, which will rarely prevail over the immediate interest which one party may find in disregarding the rights of another or the good of the whole.

The inference to which we are brought is, that the CAUSES of faction cannot be removed, and that relief is only to be sought in the means of controlling its EFFECTS.

If a faction consists of less than a majority, relief is supplied by the republican principle, which enables the majority to defeat its sinister views by regular vote. It may clog the administration, it may convulse the society; but it will be unable to execute and mask its violence under the forms of the Constitution. When a majority is included in a faction, the form of popular government, on the other hand, enables it to sacrifice to its ruling passion or interest both the public good and the rights of other citizens. To secure the public good and private rights against the danger of such a faction, and at the same time to preserve the spirit and the form of popular government, is then the great object to which our inquiries are directed.

Finally, I just have to throw this last one in for investors because it has such great applicability. When reading faction, think of the crowd and investment bubbles.

A spirit of faction, which is apt to mingle its poison in the deliberations of all bodies of men, will often hurry the persons of whom they are composed into improprieties and excesses, for which they would blush in a private capacity.

What are your thoughts on Brexit? Will the economic impact of Brexit be felt primarily in the near term or long term? Also, when Hamilton and Madison expressed their belief that factions are the biggest risk to any government who knew that almost 230 years later the same would still hold true?