Just to shake their hands” 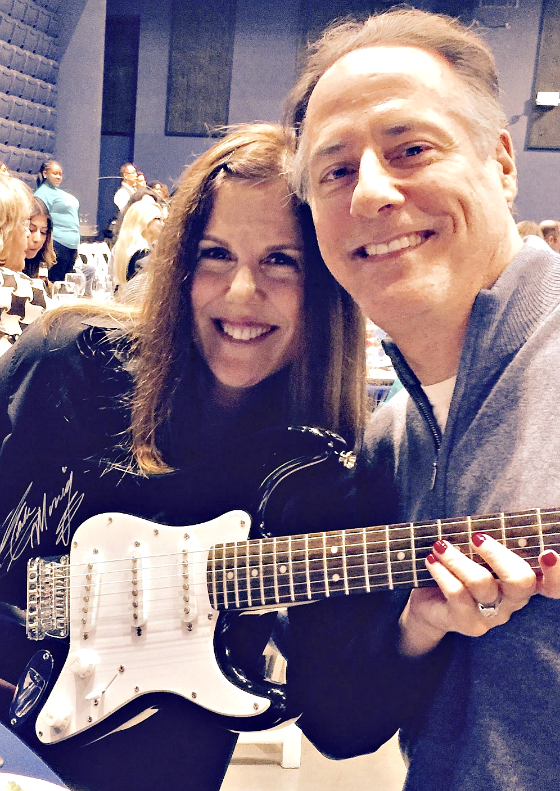 I recently went to listen to a Grateful Dead cover band at a local bar/restaurant. I was immediately impressed by how good they were and the joyous atmosphere they helped create. Everyone was having such a good time and it was infectious. I was extremely impressed by how well they played and how they interpreted the various songs with their own spin on them. During the break, the musicians started mingling with the crowd and I noticed that the lead guitar player was nearby. I decided to go up to him and tell him how much I liked his playing and the band as a whole. I was also interested to learn more about how long they have been playing together, how much they charge, and when will they be playing next, etc. He was leaning against the wall and talking to someone. I waited patiently and then found the right moment to make my presence felt and I went up to him and told him how great I thought he was.

I was curious to know if this was a part-time gig and how often they practiced. I was curious because there was a point in the show when they were encouraging the audience members to leave tips in the basket so I thought they may be struggling musicians. I happily contributed, not only because of how much fun I was having but out of some sympathy.  My sympathy evaporated quickly as he said they practiced every Monday and they all have real jobs as he was the president of a software company, the lead singer was vice president of sales for a software company, and the drummer was a Superior Court judge. I didn’t find out what the bass player and rhythm guitarist do, but I wouldn’t be surprised if they have successful careers in their own right. Boy was my initial impression off the mark. And no, I didn’t feel the desire to get my money back. As you can see from this picture I was having too good of a time to be focused on dollars and sense. 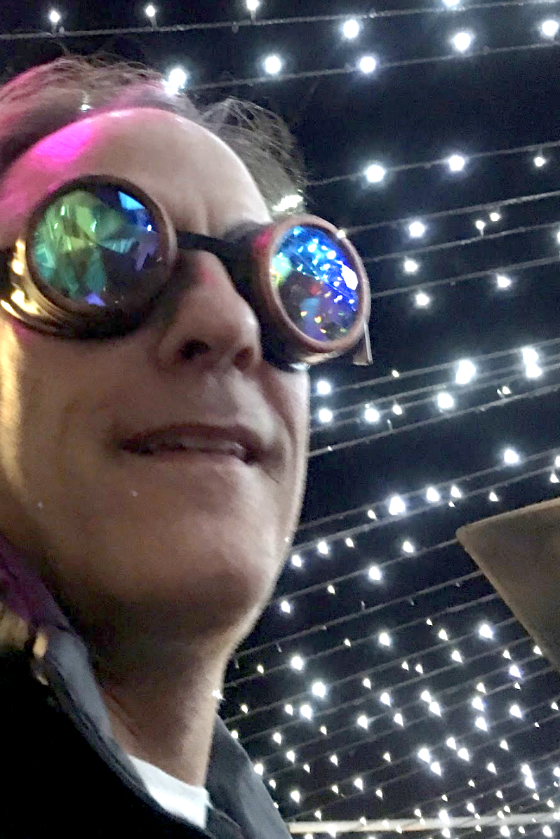 Just trying to fit in with the crowd

The conversation was going well and then out of the blue he asked me if we had met before at a local cafe in Laguna Beach and if I had a labradoodle. I was quite surprised and didn’t immediately make the connection but then the recognition light bulb went off. I did recall us meeting but at a different restaurant. I told him where it was and then he pointed to his wife who had been there and that sealed the deal. We had definitely met when Roneet and I had Jacob’s dog Harry. I went back to my photos and lo and behold there is a picture of their dog and he and his wife, along with Harry. One of the benefits of cataloging one’s life digitally. 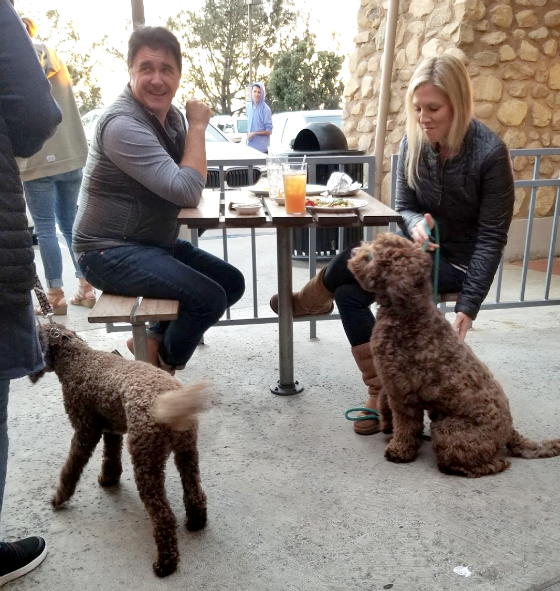 The point of bringing up the story is is that I read an article in the Harvard business review about CEOs and hobbies and how the vast percentage of them have hobbies that they take very seriously and are quite dedicated to. Their research shows that CEOs with intensive hobbies are often times better leaders and more effective than those who do not engage actively in a hobby. They are able to manage their schedules and delegation so that they can be effective in both arenas of their lives.  Hobbies also provide mental and physical diversification. It’s just not healthy to be all consumed by one’s job. It’s not sustainable and performance will be negatively impacted.

I was admittedly very impressed and admiring of the members of the band I saw and how they have been able to craft a hobby out of something they love, which is music, and particularly Grateful Dead music, and to be able to integrate it into their lives while not sacrificing their effectiveness at work. It made me realize that I could benefit from a passionate hobby.

7 Benefits From CEO’s Having Hobbies

If you read the article you will come to learn that the author’s research shows seven benefits from CEOs having hobbies. They are as follows:

Detachment – It is quite difficult to fully detach from work in our 24/7 connected world. A deep involvement in a hobby can create a state of flow and full immersion as well as time away from work that can allow for detachment that is necessary to remain engaged and healthy for the long term.

Striving for your “best self” – Being committed to a non-work passion helps one focus on continuous improvement which can only have positive spillover effects to being a CEO.

Breeds humility – Many hobbies involve a form of competition and if one wants to improve and make it to the top, then it is inevitable that one will compete against people better than oneself. To truly improve, grow, and master anything requires deep reflection of how one fell short, the willingness to go back to the drawing board to regroup after setbacks, and to practice intently and consistently. One would never do these without being very humble. And humility is one of the great attributes of highly engaged leaders who interact through all aspects of the organization.

An arena to have control – Business has become so competitive, complex, and quite challenging to align all of the stakeholders in a particular direction. Becoming proficient in a hobby can create a feeling of control and mastery that isn’t always available when leading a large and complex organization. This feeling and experience of control is a basic psychological need so it’s important to feel this in aspects of one’s life.

Creates opportunities to connect with followers – To be able to participate in one’s hobbies with employees and other stakeholders is a great way to get to know them outside of the work environment and to develop a deeper and more comprehensive bond which can only help a CEO become a more connected and effective leader.

Strengthens authentic leadership – A leader’s hobby has often been part of his or her life for a long period of time and becomes an important component of the person’s story. And through personal storytelling people can gain insight into the authentic side of the CEO that goes beyond business. These stories can help form a stronger bond between the CEO and his or her followers.

Improves leadership capabilities – Many CEOs say that their hobbies help them think more clearly and make better decisions which obviously can have positive spillover benefits to running their organizations.

I recently listened to The Gambler on Audible. It’s about legendary investor Kirk Kerkorian. It was a great book that I highly recommend. It’s a great listen as well He was an avid and highly accomplished tennis player well into his 80s. One can see how this hobby of his enriched his life, helped keep him in very good shape, led to deep friendships, and helped feed his competitive instincts. I have recently taken up tennis again and this is a hobby that I hope to become a bigger part of my life as I love the focus, exercise, and competition. Integrating tennis, along with bike riding, ping pong (great for the brain and concentration), personal training sessions, and hiking will help me stay in shape physically and mentally and hopefully make me be more effective at CWS as well.

4 comments on “Strangers Stopping Strangers: 7 Benefits of CEO's Having Hobbies”