Turn and Face the Strange(r) - My Hippie Uber Driver 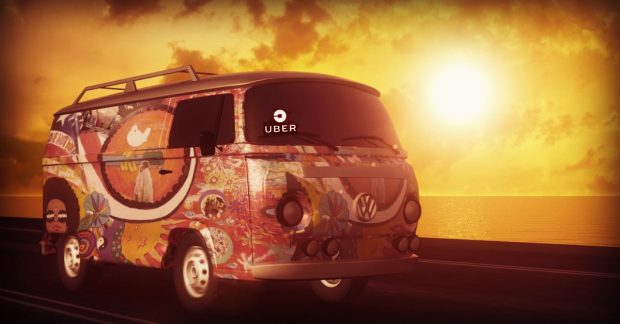 In David Bowie’s song Changes, the protagonist tells himself to “turn and face the strange”. Change is inevitable and in order to drive change or adapt to it, one has to go outside of the comfortable and familiar and take risks. Bowie was the epitome of never standing still or resting on his laurels. Change was in his DNA and he sure had no issue actively choosing to face the strange. And when it came to engaging with people Roneet was one who never shied away from that either.

Roneet: The Woman Who Never Met a Stranger

When I spoke at Roneet’s funeral one of the things I asked attendees to consider was to do random acts of kindness to honor her. Roneet was one who was so engaging and fascinated by people. She always took great interest in learning about people and their lives. She never read Dale Carnegie’s book, but she was a master in terms of doing what he recommended, which was to find out about people and what makes them tick. By making them feel heard and cared about, they will be so much more apt to open up to you. While Carnegie’s intention was to help people win friends and influence people, Roneet would do so with no ulterior motive (unless I told her to talk to someone because I knew she would be much more successful than me). She would engage with others out of a pure interest in them and wanting to help them if there were the opportunity. It also had the added benefit of making life much more interesting. I would watch her in action and be amazed by her uncanny gift to connect with total strangers. What she could learn about people in a short period of time never ceased to amaze me

One time she and her best friend Barbara went to a movie together and afterward as they were exiting down the aisle Roneet started talking to a woman about the movie. They were instantly engaged with each talking in great depth about the film. When the conversation was over because it was time to part ways. Barbara asked Roneet how she knew the woman and Roneet replied, “I don’t, we just met.” When Barbara heard that she started laughing uncontrollably. She thought they had been long lost, friends. 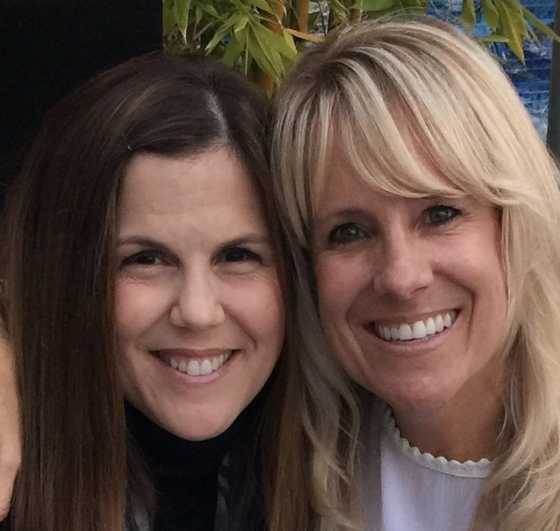 A friend of mine took my request to heart and since the funeral, he has emailed me a couple of times. The first email communicated about his commitment to follow my advice and to see where it would lead. The second one I received last week and it moved me so much that I felt compelled to reprint it here. After starting off asking me availability to have lunch he wrote the following:

Also wanted to share some of the impact Roneet has had on me since her service that day. I was traveling the last several weeks, and am on crutches due to a silly skiing accident, so I had wheelchair people helping me at all the airports. Because of what you said about your wife and how she was, I made a point to truly engage with each of these people, asking their names and about their families and hobbies. I learned so much about them and myself. I am bad at remembering names but I can tell you that Rima has two grown daughters–one has just started a counseling practice in Playa Vista. I can tell you that Jesse is originally from Morocco and speaks 5 languages and has an 8-year old who speaks three languages and likes to swim and his wife is going to come from Chicago out to UCLA to get her Ph.D. in math next year. Another woman has worked for JetBlue for 12 years and is crazy about her two cats. Another guy was from Rwanda and ended up in the US because his name was literally drawn out of a lottery for a visa to the USA. I also made relationships with TJ and Latoris and Duane at one of the hotels…Of course, I also tip all of these people generously not because I was buying their kindness (I already had it), but because I know how blessed and lucky I am and I want to share my good fortune.

Basically, I am living so much more in the present and acknowledging the human-ness in me and others every chance I get.

I can’t help but feel that Roneet’s spirit is living partly through me now.

I have re-read his email many times and each time I get chills. This was exactly what I hoped would happen and I am so thankful he reached out and shared his experiences with me. I am so happy that he took a negative (being on crutches) and turned it into a positive (connecting with those helping him).

Along the same lines, I was recently in Austin for a meeting and I took an Uber back to the airport. The driver was older with a long gray beard and wearing shorts and I thought that he was just a typical Austin hippie. I don’t mean that disparagingly at all. I loved his authenticity of letting his freak flag fly to quote David Crosby. SXSW was going on so I wanted to find out how business was. After discussing this for a few minutes we switched to the topic of him being an Uber driver. He said that he had been retired after 40 years of working and he needed to be out of the house and that this job helps keep him occupied. I was intrigued and now questioning my hippie hypothesis.

I asked him what he had been doing for 40 years and he said that he was a journalist and writer and my initial thought was, well, it was probably forced retirement because of the terrible economics of newspapers and magazines, and media in general. On the contrary, he said his career was going quite well until he was tripped up by health issues. I asked him what had transpired and he said that he had a significant deterioration in his memory that was so bad that he couldn’t remember his kid’s names. He had an episode that made people think he had a stroke so he went in for a scan of his brain and much to the doctors’ surprise they didn’t find any indication of a stroke, but they did see deterioration in his brain.

They sent him to a relatively young neurologist in Austin and, had it been anyone else, he probably would not be alive. He was so fortunate that he got sent to this one neurologist. He is an extraordinarily curious individual who has a mastery mindset which led him to read all of the latest research that would be applicable to his line of work. He came up with a theory that this gentleman had an extremely rare brain disorder that, if not addressed rapidly with medical intervention, he would have permanent brain damage such that he would lose virtually all of his memory and he would eventually pass away. The doctor was working under the hypothesis that he had this rare brain disorder, but there was only one hospital in the country that tests the serum of one’s blood to be able to determine if one has this disorder and it takes six weeks to get the results. He did not have six weeks. Without immediate treatment, he would be irreversibly harmed. The doctor acted as if he had this disease and he started treating him and the treatments were brutal. He said that he didn’t know if he could go on and his wife convinced him to stay with it because it wasn’t the disease that was making him feel so terribly, it was the medication which hopefully was temporary.

The doctor’s hunch was correct as the lab results confirmed he had this rare neurological disorder. And what is even more amazing is that only five people were diagnosed with this in 2017 and people that end up having it are almost always diagnosed after they have passed away as it’s incredibly rare that one can be diagnosed while living. As a result, there’s not much research that is carried out so he had to find those few people working on this disease. This led him to Johns Hopkins in Baltimore.

The driver told me that he takes 17 pills in the morning and 10 pills at night and that every four weeks he drinks two vials a day for five days of a particular medicine and each vile costs $10,000. If you do the math this adds up to $100,000 every four weeks. I naturally asked him about his insurance and if he was on Medicare or another form of coverage. He said that he was 64 so he is a year away from Medicare. Fortunately, his wife works for the government and has excellent healthcare coverage. He said that if he didn’t have insurance or the right kind of insurance, he would be dead by now.  Cognitively he seemed quite lucid, although he said there are aspects of his life that he has absolutely no memory of.

One side note about the doctor. I recently wrote about the benefits of CEOs having hobbies. He said that his doctor actively raced sports cars and studied constitutional law in his spare time. He said that during his appointments they would have debates about the 25th Amendment.

How Empathy Can Make Each of Us A Better Person

There are so many opportunities, particularly when sitting on planes, being in Ubers, or even at the grocery store, to be able to engage with people and learn about them. The more we uncover about people the more we can learn about ourselves and develop some more empathy and perhaps be of service.

The email that I got from my friend really inspired me as well to not take for granted the opportunities to interact with people and my Austin Uber driver represented a great opportunity for me to learn about someone who has had a remarkably challenging journey, but a fascinating one, and one that I will not forget (provided that my cognition remains intact). If I’m not feeling well or down on myself. I can always think back on what he has had to contend with.

It also is great training and has great application when I go out and look at properties and have the opportunity to engage with people at the properties to find out more about their communities, the people that live there, some of the challenges that they are faced with, who the competition is, and what they would like to have done to improve the operations there. The point is that learning how to engage with people that you don’t know is a great opportunity to exercise and cultivate an important skill to be successful in business and to have a more enjoyable and interesting life. And as I said previously, one can gain very valuable information to allow them to make better decisions in life and to avoid pitfalls.

I have been reminded yet again that when I have a challenging situation it is imperative that I find a deeply curious, mastery mindset type of individual to turn to. It saved my Uber driver’s life and may do the same for me as well.

So don’t hesitate to seize the opportunity to turn and face the stranger.