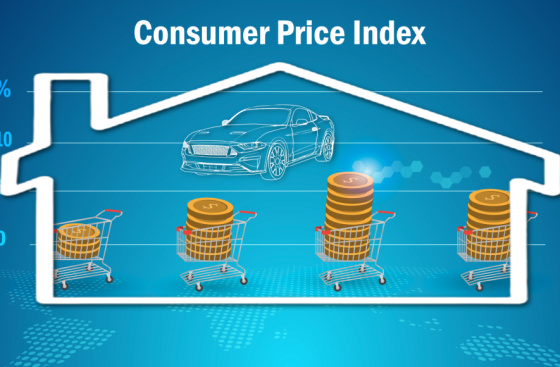 Last Thursday was an incredible day for virtually all markets. That is when the CPI report was released, and inflation came in a bit lighter than expected which in turn lit a fire under the bond and stock markets. The NASDAQ was up by more than 7%, and interest rates came down like a rock.

On the surface, the overall CPI report didn’t appear to show inflation decelerating from the previous month, as the following chart shows. 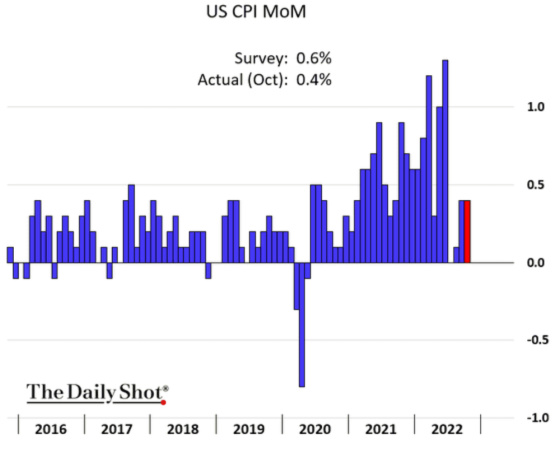 When excluding food and energy, however, Core CPI showed a nice drop in its percentage change. 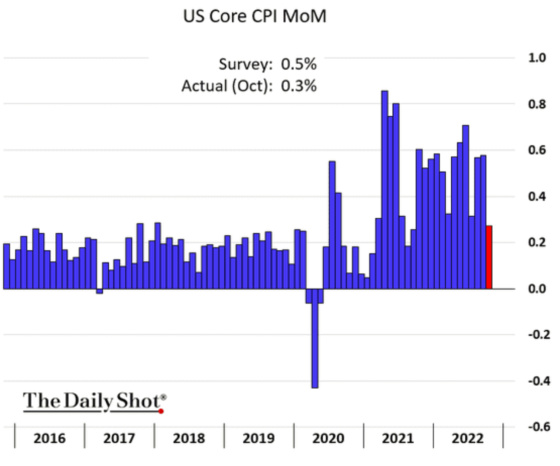 As this chart shows, all roads lead to shelter in terms of breaking the back of core inflation. 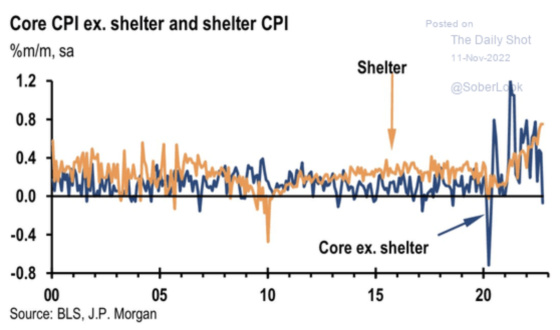 Here is shelter broken out separately. 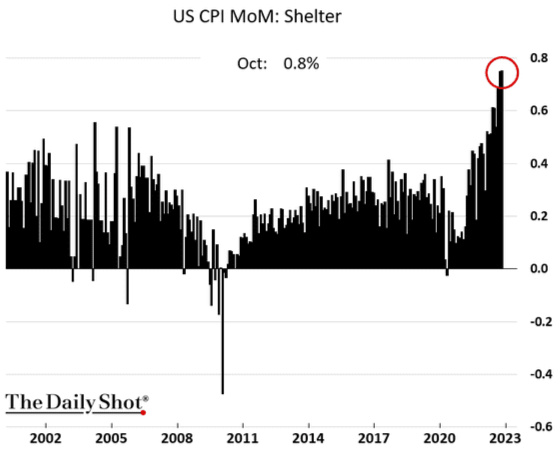 One can see that higher shelter costs are now outstripping the wage growth, which have been elevated but are also decelerating. 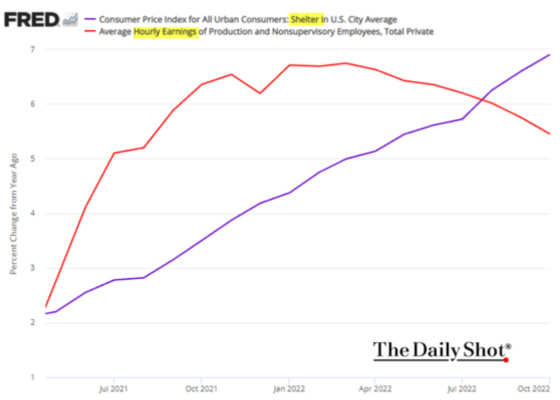 However, the momentum is changing for apartment rents, and this will start filtering through into future CPI reports. This chart shows how the gap between rents being paid versus what new leases are being signed at is narrowing. This will result in lower rent growth going forward. 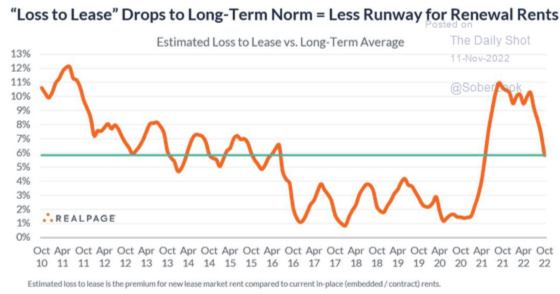 The percentage change in asking rent for apartments is now converging with CPI Rent of Primary Residence. 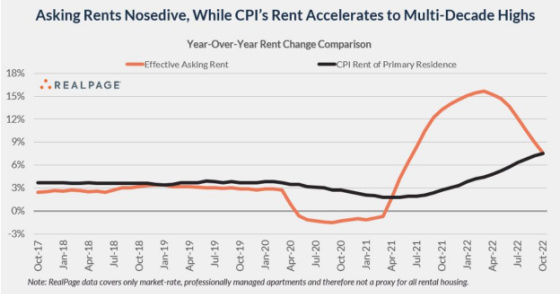 The trend in asking rents is down as this chart shows. This is another powerful trend that will help lower the shelter component of CPI, which has been the biggest driver of inflation over the last number of months. 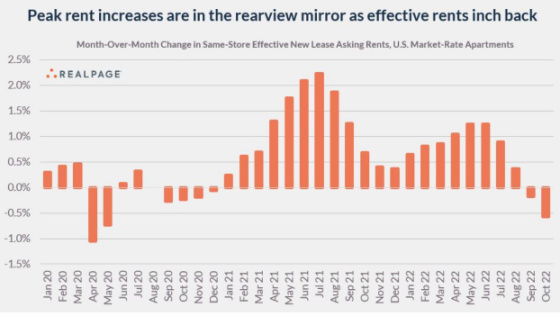 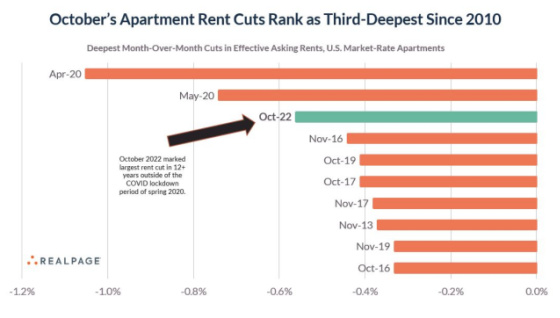 It seems pretty clear that all roads lead to shelter costs in terms of slaying the inflation dragon and the trend is definitely in the right direction, which should give the Fed cover to begin taking its foot off of the brakes in early 2023.

One other component that is moving in the right direction is car prices. They experienced tremendous inflation in the wake of Covid supply chain issues, particularly for used cars. One can see, however, that the worst is clearly behind us, especially for used cars. 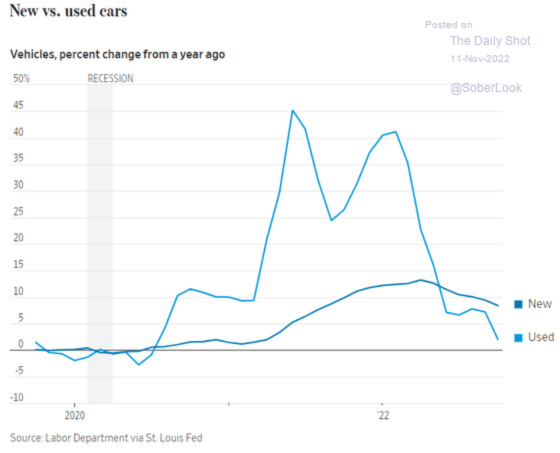 One can see how the stock market reacted to the better-than-expected inflation report. Thursday produced huge gains that stack up as the best day since 2020.

The strong dollar has been a real albatross around the neck of the global economy. The CPI report won’t stop the Fed from continuing to tighten, but the market now believes that the peak in rates is not only in sight but now quantifiable with much more certainty. This led to the dollar weakening quite significantly as investors now believe that the Fed’s hawkishness has a finite life to it. 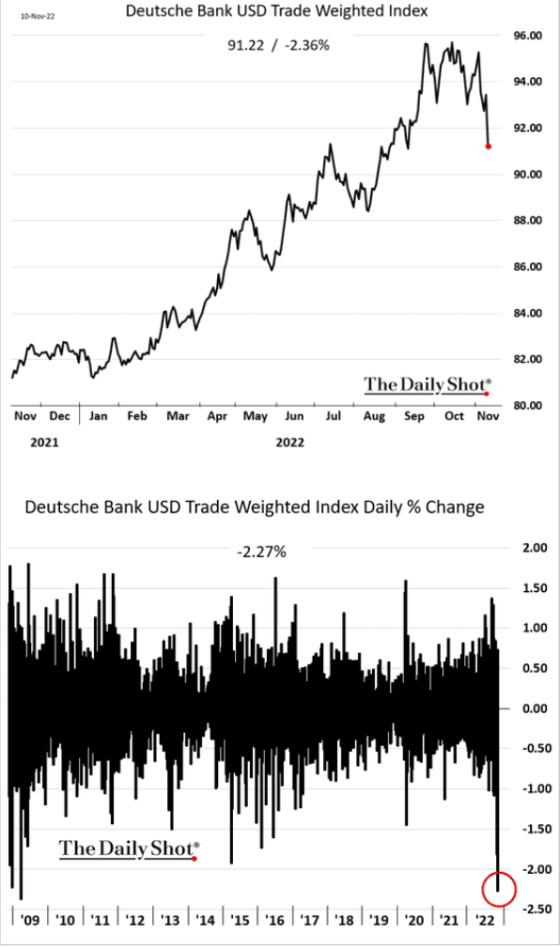 Interest rates dropped sharply based on the belief that the Fed is in the later innings of its tightening cycle. The second chart shows just how dramatic the move was in 5-year Treasury yields. 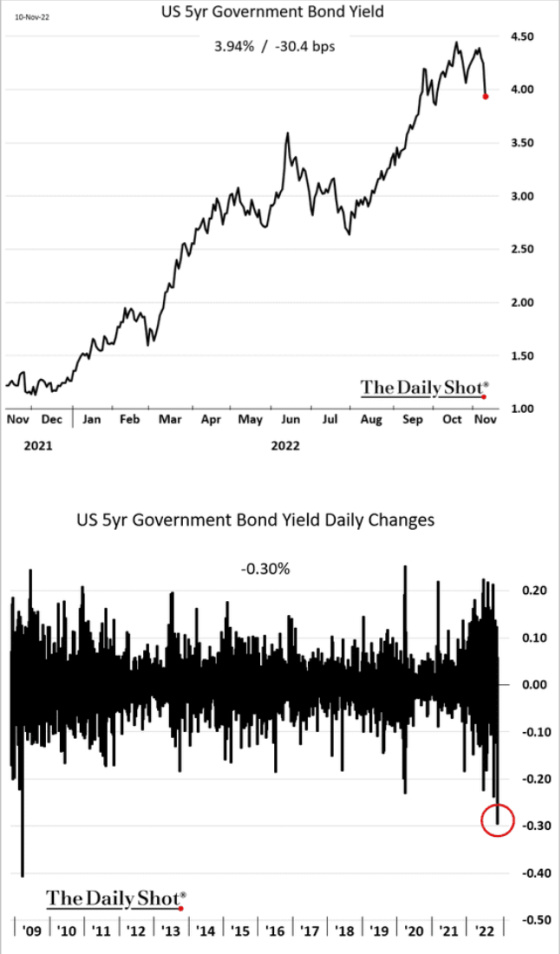 I wrote previously about how tight the correlation had become between interest rates and the stock market. If rates drop, then the stock market has tended to go higher and vice versa. If there was any doubt about this correlation, then Thursday should have dispelled all skepticism.

One can see how much longer-term interest rates dropped as compared to shorter-term ones. The former is much more tied to Fed policy which is still factoring in the Fed moving short-term rates higher over the next couple of meetings. The drop in long rates is more of a function of the market believing that the Fed is coming to the end of its tightening cycle but will still inflict pain on the economy such that it will have to start lowering rates in mid-2023. 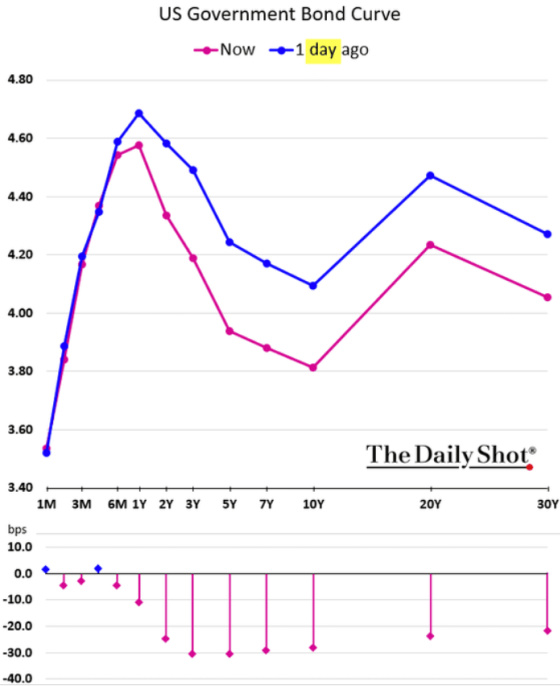 Here is the new projected path of the Federal Funds rate which shows rates peaking in mid-2023 and coming down consistently throughout 2024. 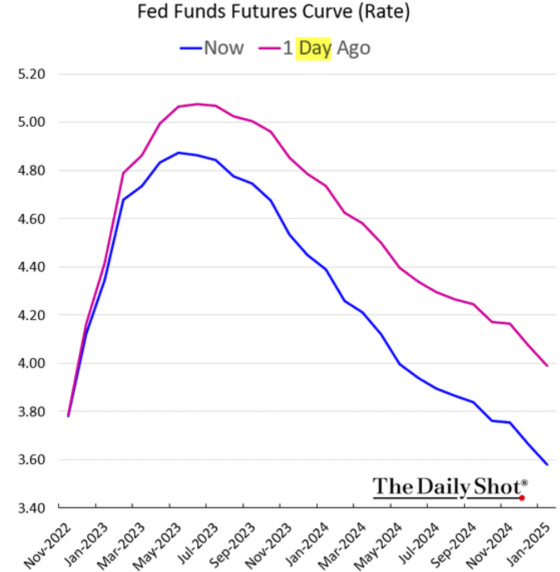 Speaking of inflicting pain on the economy, the yield curve inverted quite significantly on Thursday, which has the bond market screaming that a recession is unavoidable.

Here is the rate differential between the 10-year Treasury and 2-year Treasury as well as the ten minus the 3-month T-bill Yield. Both are now inverted, with the shorter rates higher than the 10-year yield. This invariably is a precursor to a recession that occurs after the curves become positive again, typically with short-term rates dropping. In other words, the Fed starts to cut when it sees signs of a slowing economy and inflation being under control. Unfortunately, the Fed is playing catch up as these rate cuts are not enough to head off a recession because the momentum of businesses and consumers cutting back due to the effects of tighter monetary policy and higher rates is too strong for its rate cuts to reverse the trends that were set in motion. Monetary policy acts with a lag so rate cuts and more accommodating monetary policy will only start to impact the economy via the behavior of consumers and businesses after the economy has gone into a recession.

To sum up, it seems that the market believes the Fed has broken the back of inflation and that we will see it coming down consistently, significantly, and persistently over the next year. Shelter, via rental rates, is the key variable for future CPI reports. Fortunately, from a Fed policy standpoint, this looks to be going from a major contributor to inflation to having a much more benign impact in 2023, as the growth rate in rental rates is decelerating fairly materially.

I hope everyone had a wonderful Veteran’s Day. Thank you to everyone who has served our country.