I Hope I Live So I Never Get Old 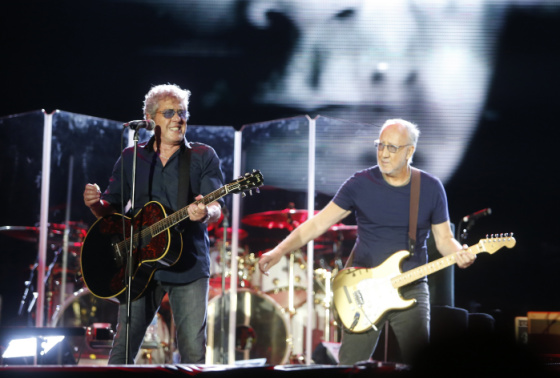 A few weeks ago, I saw The Who in concert in Orange County. On a whim, I decided to see if tickets were available two days before the show, and sure enough, I could find some reasonably priced. It was the third time I had seen the band. The previous show I attended was in 1996 for their Quadrophenia tour. Interestingly, the first show I saw was in Chicago in 1982, almost to the day of the 2022 concert I just went to. I was 17 for that first show. In addition to these three Who shows, I saw the band’s guitarist and songwriter Pete Townshend perform a solo concert in London in 1985 in a venue that only held approximately 3,000 people. What a treat that was!

At the time, I was studying at Oxford University for a semester, and I went to the Townshend show with someone in my program. When Pete came on the stage, we were both struck by how old he looked and how much he had aged. I now have to laugh as I’m now 57, and he was 40 at the time. It made me think about how interesting my reaction was with the benefit of hindsight and being a lot older now. I was 20 then, but that 20-year gap between Pete and I felt like it was 50 given the life experience that he had accumulated, what he had accomplished and seen versus me, and just being a naturally immature 20-year-old male who was overseas for the first time. Setting all of that aside, when you’re 20, anyone who is 40 seems old to you. All of these factors conspired to make the age gap between him and me seem so big that it was unimaginable that I could relate to him in any meaningful way.

Now, let’s fast forward from 1985 to 2022 and how my perspective has changed! Lead singer Roger Daltrey is 78, and Pete Townshend is 77, and I feel that I can relate to them so much more than when I was 20 and they were 41 and 40, respectively.  Given my age and the aches and pains that I contend with and the hassles of traveling and the associated jet lag, and the challenges of eating well on the road and getting enough sleep, I naturally projected this onto them, which led me to go to the show with a bit of skepticism. I couldn’t help but wonder if they really had the energy, musical chops, and strong voices at their ages, given how taxing the road is and how time takes its toll on all of us. I was trying to envision myself doing what they’re doing now at 57, let alone in 20 years; This was just a bridge too far. 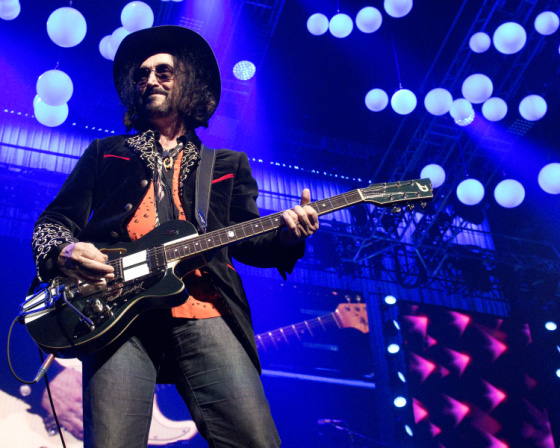 The opening act was the Dirty Knobs which is Mike Campbell’s (Tom Petty guitarist) excellent band. That was a real treat and unexpected. Before The Who took the stage, a montage was played which showed pivotal events during the nearly 60 years the band has been together (in one form or fashion).

How these scenes were depicted was really moving, especially when accompanied by music from Quadrophenia playing in the background. It makes one realize what an important part of the cultural landscape the band has been in and what monumental events have taken place during their time as well as over my lifetime. 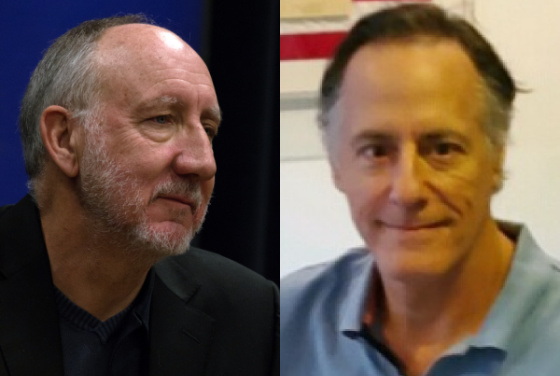 With Pete now 77 and me 57, my perspective is so different. My skepticism about their fitness to handle the rigors of a tour proved completely unfounded. They sounded amazing, especially their voices. I was particularly impressed by how strong and clear Pete’s voice was and how he could still hit those high notes. Pete and Roger both still have enormous energy, and their sound was amplified by the backing of an approximately 50-piece orchestra which was a great complement to the band. I was really excited when they started the show with six songs from Pete’s masterpiece Tommy, his rock opera. It flowed well, and they sounded good with the orchestra backing them. This is how it was meant to sound when Pete wrote it in 1969, but of course, back then, the sound technology was not what it is today, and they were not evolved enough to incorporate such a complex and full orchestral sound. Most importantly, the revenues from touring were nowhere what they are today, even adjusting for inflation, so the economics did not make sense to have such a large orchestra backing them. The orchestra was equally great when it came to the band’s songs from another Pete masterpiece, Quadrophenia.

The Who is well known for one of the most famous lines in rock history. It’s from the song My Generation. The line is “I hope I die before I get old.” The song was written in 1965. And why is this relevant? It’s the year I was born. And how old was Pete at the time? 20, the same age I was when I saw him in London and thought how old he already was! Interesting symmetry. And now, with Roger and Pete being in their late 70s, music writers often refer to this line somewhat in jest and with biting humor as they’re still playing and performing and cashing in big time from the well-heeled baby boomers willing to shell out a lot of money to see them live. Thus, it’s pretty clear that what was written from the perspective of an angry and cocky youth who couldn’t fathom growing old like the aging codgers of his stodgy parents’ generation was not meant for two older gents who could monetize their body of work by performing live in front of large numbers of people in the United States and Europe. Now it’s more like, “I hope I don’t get old before I get old,” or better yet, “ I hope I live so I never get old.”

And living is what they’ve been doing. I greatly admire those who are not afraid to give the middle finger to mortality and make every effort to live their lives to the fullest. Age has also given Pete and Roger greater perspective and appreciation for what they have created and how special their relationship is, in spite of the many problems they had in the past and actions they took that they would come to regret. Now they are grateful for the gifts they have harnessed and used in such brilliant and productive ways.

The fact that they are still playing songs that are over 50 years old that still sound so good and remain highly relevant is a testament to the timelessness of their music. They have brought new life to their body of work as they have grown and evolved. This has led to a much more full and stronger sound with the addition of more musicians and the orchestra. It’s not just four lads from London pounding out a raw and powerful sound that could speak to the angst of youth better than any band in the world. They have grown up, matured, and lived much fuller and richer lives to give them the experience and perspective to realize that life has so much more to offer than just saying no or rebelling. Saying yes to life is much more powerful and enjoyable than rejecting it. And just like their music being so much richer and stronger as Pete and Roger lean on others to help bring out the best of The Who’s amazing catalog, we too learn how we need to lean on others as time passes especially as we get older. Our lives are enriched when we have people in our lives who care for and love us and with whom we can do the same in return.

And so what can seeing The Who tell us about the meaning of life? Well, maybe that’s not the right question to ponder. Perhaps it’s how do we make life meaningful or how do we bring meaning to our lives?. How do we take our gifts and talents and share them with the world in ways that enrich the lives of others and leave the world a better place than we found it? Perhaps that’s where the treasure can be found.

It was such a joy and honor to see a band that profoundly influenced me from my teenage years into my 50s. Thank you, Pete and Roger, for reminding me that when you have found your calling, it’s your responsibility to answer the call and to do all you can to share your gifts with the world and live with vigor and vitality. Never give up, and don’t be afraid to give of your time, talent, and treasure even well into your 70s. I really hope I too, can truly live so I never get old. And, as

Roger Daltrey sings in the Pete Townshend-penned song Join Together, There's a million ways to laugh Ev'ry one's a path Come on and join together with the bandClick To Tweet
Share
Tweet3
Share
Pin2
Email
Buffer
5 Shares