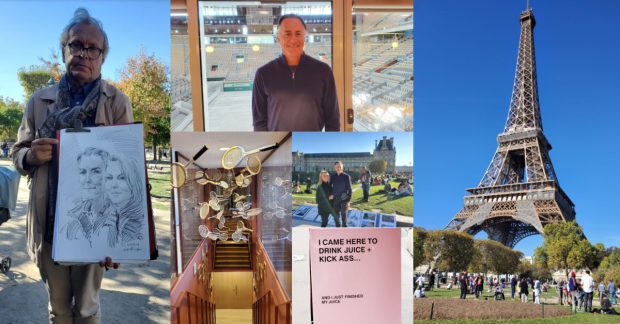 Although the hawkish Fed has made it more challenging for many businesses in the United States, it has also resulted in some beneficiaries. One is just plain old savers who, during Covid, essentially earned 0% on their idle savings. With the Fed aggressively raising short-term rates, this has filtered through to much higher risk-free rates. This chart shows how 3-month Treasury bill yields have risen by nearly 4% in 2022 after hovering at around 0% in 2020 and 2021.

Savers can now earn a lot more passive income without having to take any risks. And when this is combined with another byproduct of a very aggressive Fed, a strong dollar, the incentive to travel abroad has really grown. People can now use some of their passive income generated in strong dollars to purchase goods in services priced in foreign currencies. This is particularly the case for Europe.

The following chart shows how strong the dollar is compared to the euro. This trend started in 2008 as the dollar has been on an uptrend for the last 14 years. The euro has become increasingly cheaper over since 2008, so that is why the chart shows the line going down.

This has made it very advantageous for an American to travel throughout Europe. And this is what I did. I previously wrote about my trip to London for insurance meetings. I also mentioned that my girlfriend Heather and I visited Paris prior. What follows is a brief pictorial synopsis of our time there.

Paris is obviously well-known for its art. We were walking down one of the streets and passed by a gallery that had this striking work of Kobe Bryant. 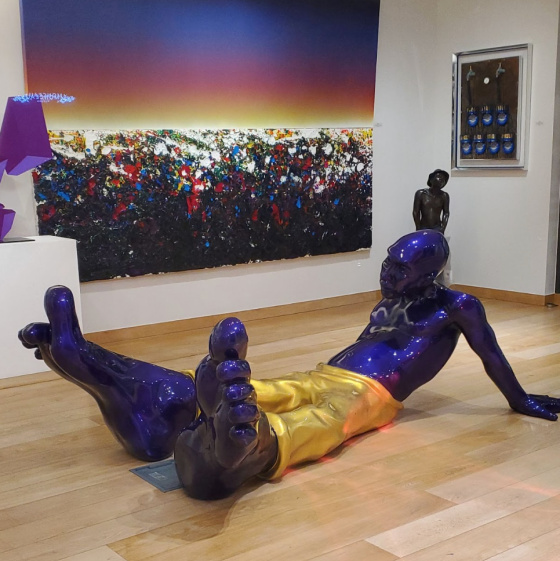 It’s always very entertaining to see how small some of the cars are in Europe. Gas and diesel are very expensive, and parking is a real challenge in Paris. These factors create an incentive to have smaller, more fuel-efficient vehicles like this one. 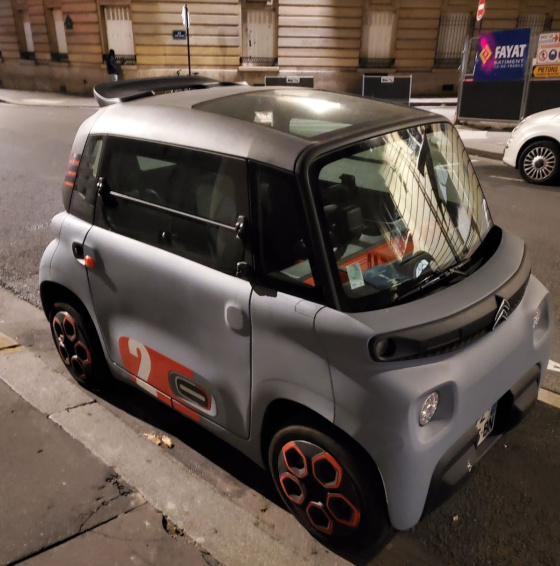 As in London, where Heather and I took our love of tennis with us to visit Wimbledon, we couldn’t be in Paris without making a stop at Roland Garros, the home of the French Open. The public had access to the grounds, but there was a sports-related conference taking place inside. Following the playbook of my father-in-law, whose philosophy is that “it’s yes until it’s no,” we walked inside with confidence conveying that we belonged and we were part of the conference. What a great move that was as we gained access to the inner corridors of the stadium.

Here is a photo of Centre Court from the bird’s eye view inside. We couldn’t believe we had such unfettered access without any crowds. 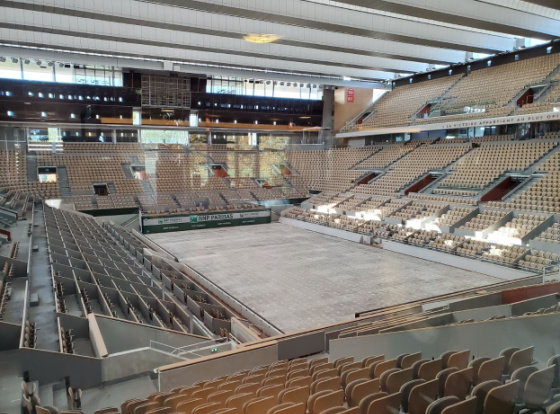 I am clearly a very happy camper being here with no one else but Heather and I and the conference participants in the other room. 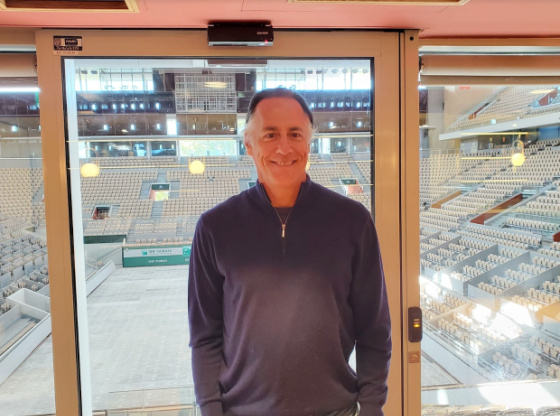 Speaking of the conference, here is a sneak peek at some of the attendees. We would have fit right in had we signed up for it. 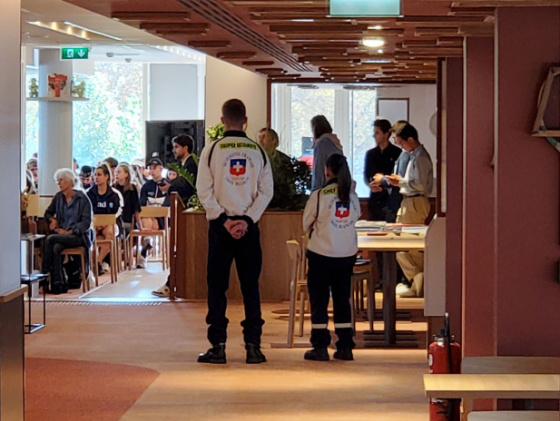 Here is a montage of wood rackets hanging above the stairs, which does a great job conveying the long and storied history of Roland Garros. 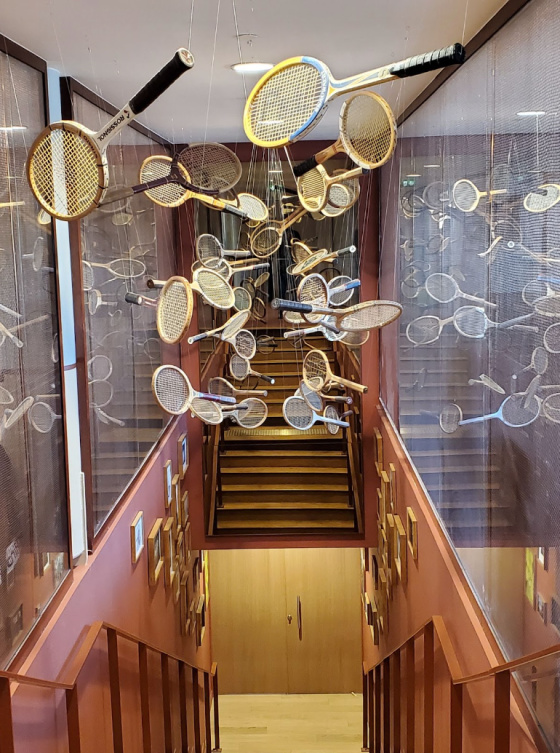 What would visiting Roland Garros be without seeing the dominance of Rafael Nadal, who has won it 14 times? This is a record that may never be broken. 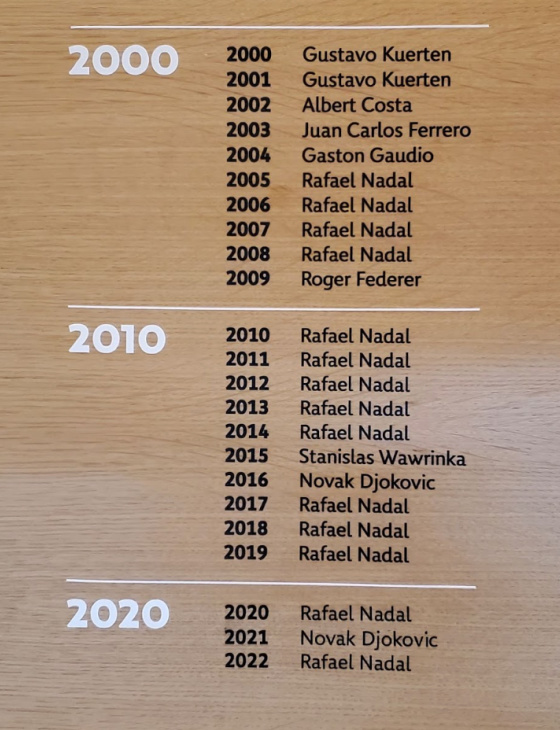 His dominance of the tournament has created an almost Pavlovian association among tennis fans between the French Open and Rafael Nadal. Here is a statue of him near the main entrance. 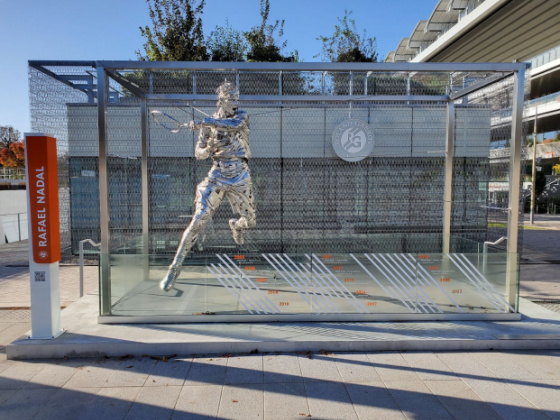 One can’t show pictures of a trip to Paris without the Eiffel Tower. Here are a few of the many I took of this iconic landmark. 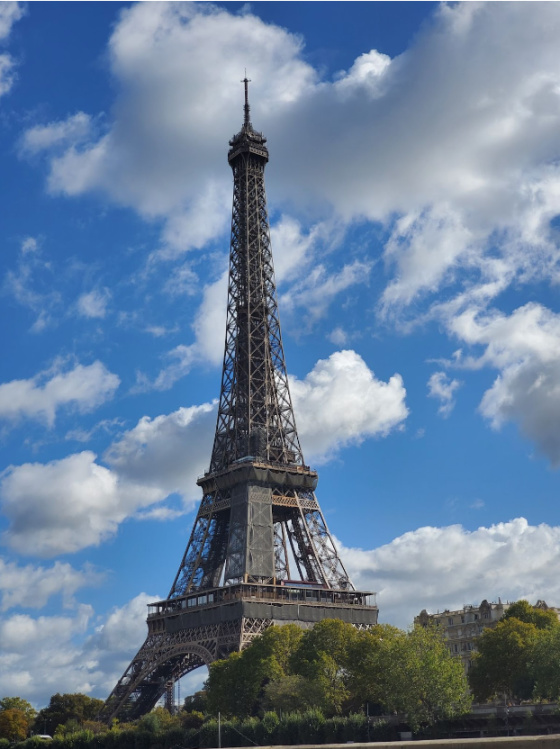 Turn the corner and look at what suddenly appears. 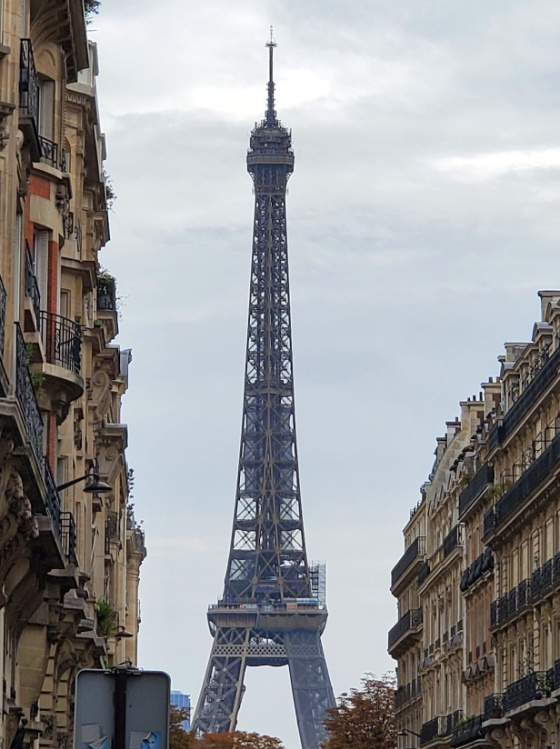 Here is a closer view from the park, very near the tower. 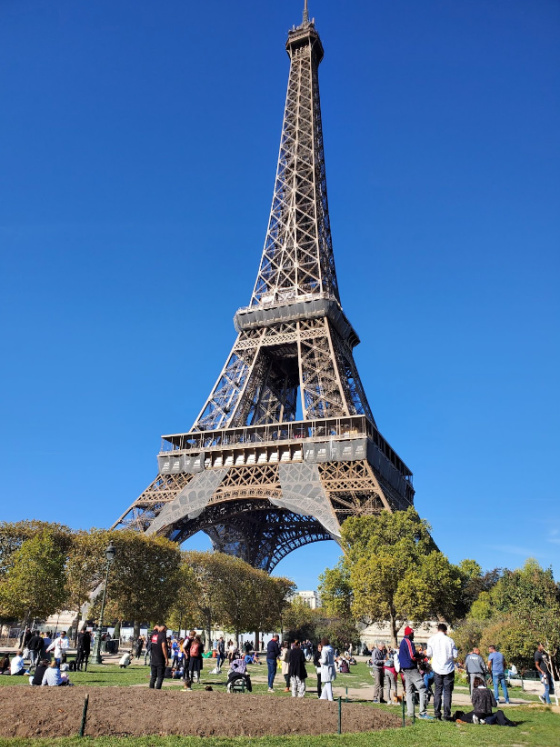 While walking through the park, we were approached by an artist offering to sketch Heather and me. I was sold when he said that it wouldn’t be a caricature since I’m not a fan of how I look in ones that have been drawn of me in the past. Add to this that he was a classic-looking Parisian artist, so how could I pass up his offer? 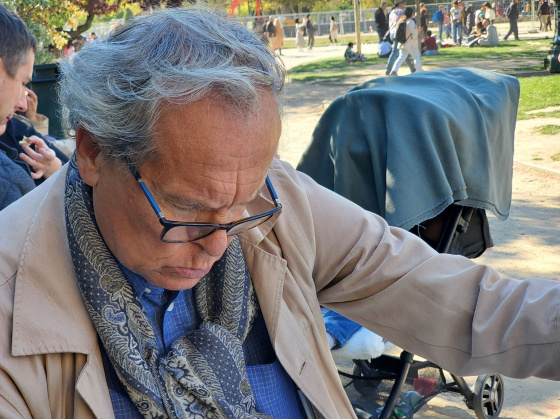 Here is the finished product. I’ll let you be the judge and compare it to the next two pictures of Heather and me. 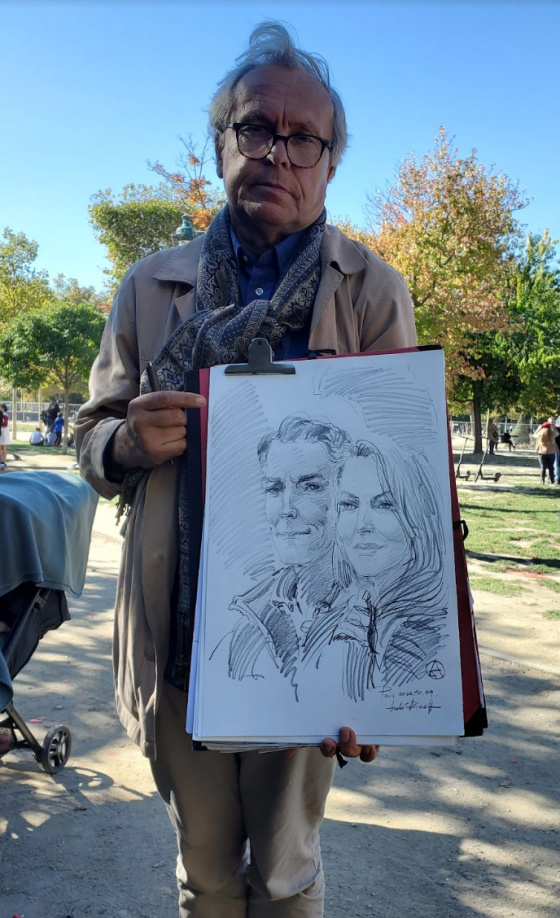 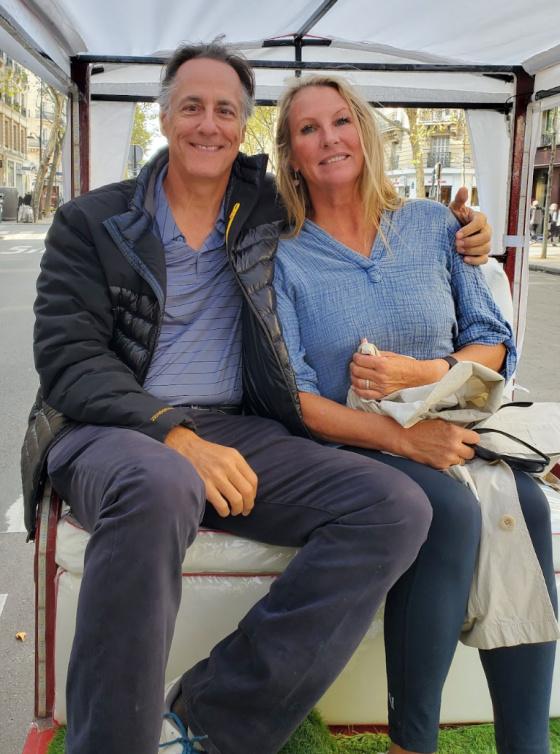 Gary and Heather in Paris 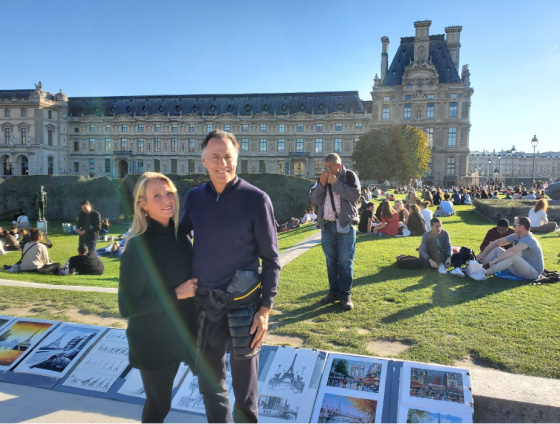 We took a morning stroll to get breakfast, and we unexpectedly found ourselves in the middle of a 10K race. 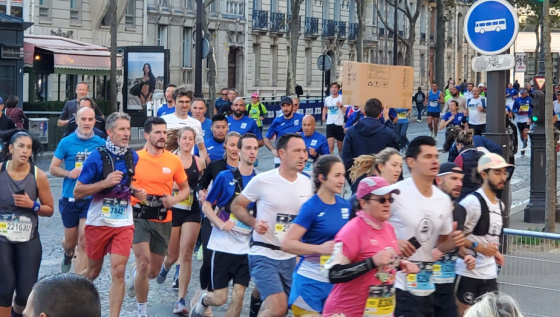 I was already missing my morning smoothie after arriving in Paris so I Googled “smoothies near me” and I came across Joe and the Juice. I had never heard of it but I’m always up for trying new things. Plus it was a nice walk from the hotel so we could see more of Paris on our trek there. 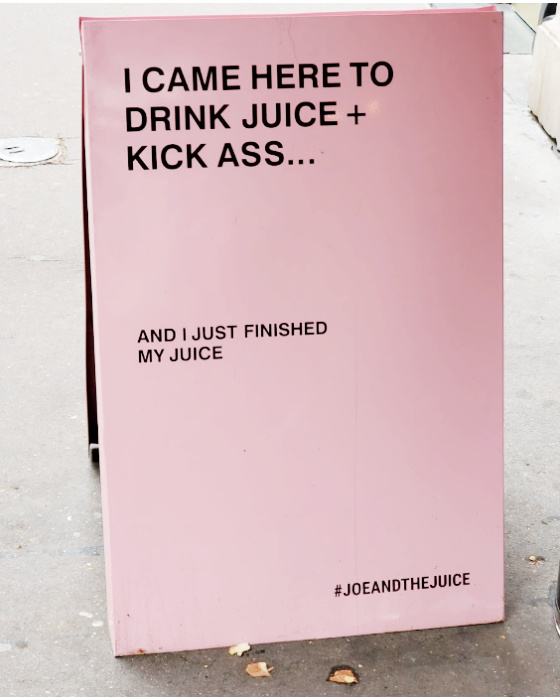 I was an instantaneous fan when seeing the sign above and became even more so after I entered the store. I was immediately impressed. The branding is one of the best I’ve seen. Pink is clearly the dominant color, and the logo is so simple yet memorable. Everything is so well thought out to create a great experience. The loud pink and simple black logo and lettering make it very easy to see and distinguish, which is what businesses try to do in a very cluttered world. Most are not very successful. Joe and the Juice clearly is. Here is Heather holding up the logo on a boat we took down the Seine.

Its online business is booming, as one can see from the full shelves of orders waiting to be picked up or delivered. We saw a lot of delivery people come in who use scooters or mini-motorcycles to get around Paris to make their deliveries. 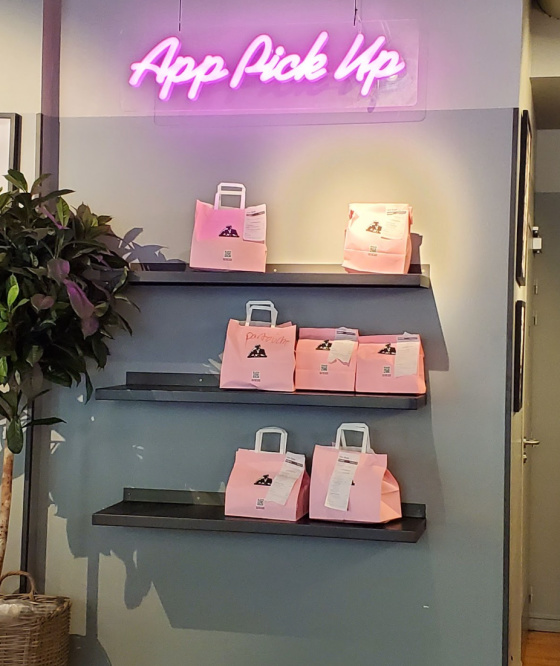 The employees are very upbeat and help add to the overall positive vibe that permeates their stores. 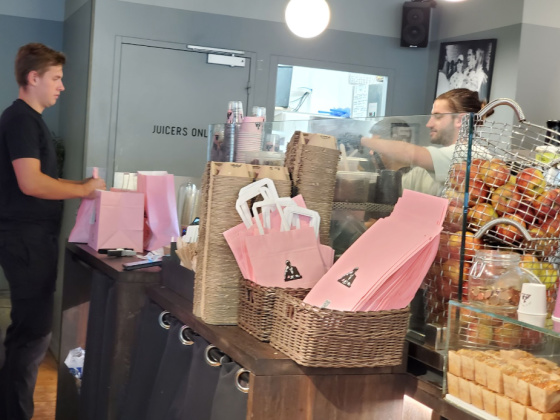 I thought that the Joe and the Juice was only in Paris, but after arriving in London and seeing how many there were, I realized it was much bigger than I thought. It was founded in Copenhagen and has gone through different private equity owners that have helped expand the brand, not only in Europe but now to the United States, with a particularly strong presence in New York. The company’s history is very interesting and is well worth delving into.

On a more serious note, I saw this on the side of a trash can near the Russian Orthodox church. 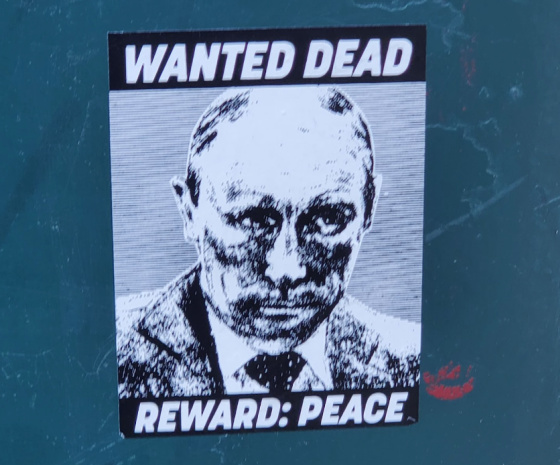 We decided that it would be a nice experience for me to get a haircut in Paris, not to mention that it was something I desperately needed. I love Google Translate. It is such a great tool when traveling in countries in which English is not the primary language. And while a lot of people spoke English in Paris, my barber spoke very little. I turned to Google Translate to communicate what I wanted him to do. 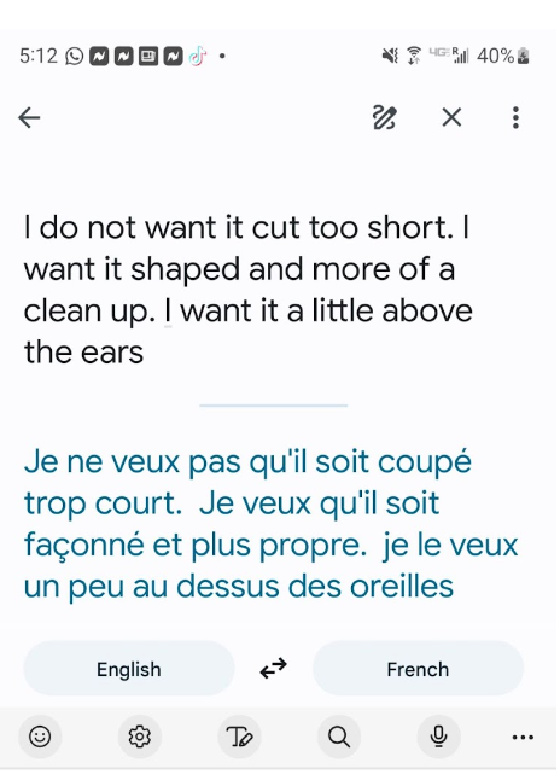 He understood what I wanted, and I thought he did a good job. Even better was the experience. It was so welcoming, and he was a wonderful person. Even though we had challenges communicating, I could tell he had a very warm and cordial personality. He had a bottle of shampoo or maybe some other kind of hair product that I jokingly said looked like whiskey, given it was an orange-yellow color. That he understood. He then opened a cabinet under his sink and showed a real bottle of whiskey, and asked if I wanted some. I respectfully declined, but it sure made me smile and gave me an even greater appreciation for the Parisian love of the good life.

Over the years, I had heard that it was a must to visit Jim Morrison’s grave in Paris. For those younger readers who may not know who Jim Morrison was, he was the lead singer and songwriter for The Doors. He died in Paris in 1971. His gravesite is a popular tourist destination as over 3 million people come to this very famous cemetery that also has Oscar Wilde, Edith Piaf, Marcel Proust, Marcel Marceau, and Frederic Chopin buried there. 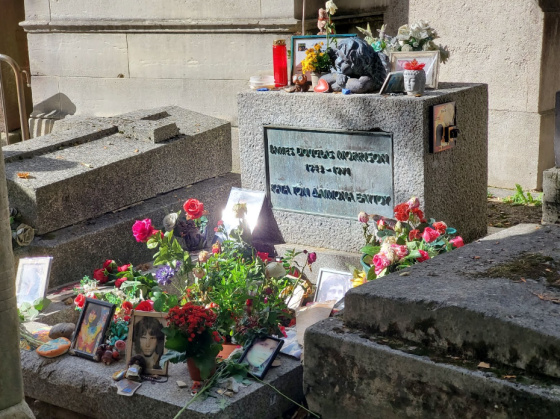 On one of our walks, we noticed a small memorial and many people stopping to pay their respects. It turned out that it was to honor Princess Diana, who lost her life in a terrible car accident in the tunnel below this spot a little more than 25 years earlier in 1997. 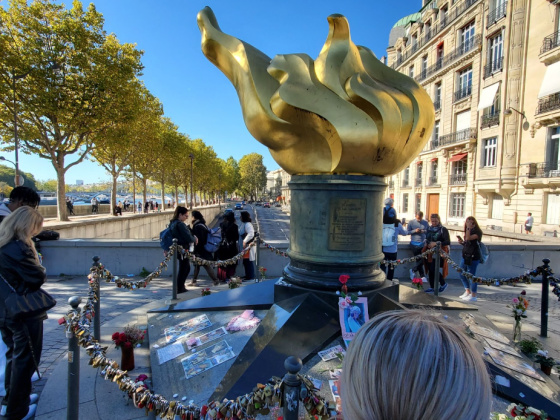 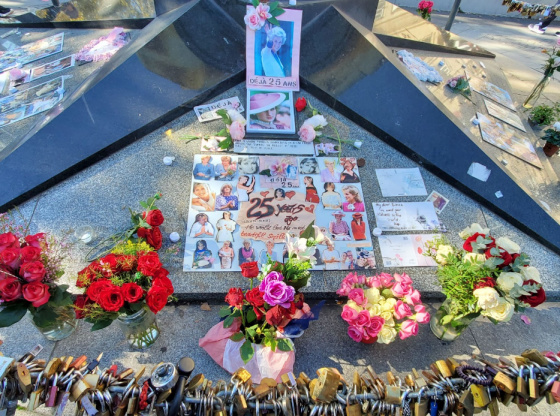 How can I not include in a post about Paris an example of a life-changing dessert? We went to a beautiful restaurant in what was previously a mansion and had a pre-set, six-course meal that was quite good. Although the main course was veal, of which I’m not a big fan. I asked the waiter if there was an alternative, and he said that he would check with the chef. He came back and said I could have pigeon instead. I asked him to go back one more time to see if there was a third choice, and fortunately, fish was available.

This souffle was incredible. 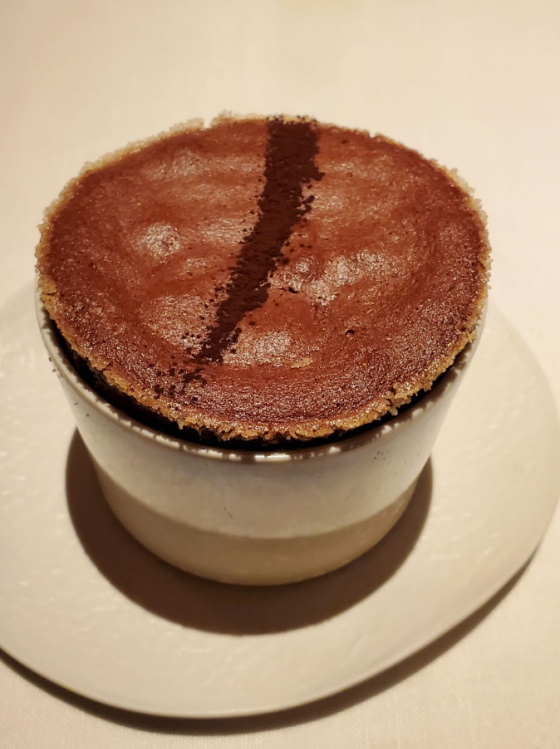 I’ll end it with a picture of Heather, and I was taken by our tour guide, who took us on a five-hour walking tour that was a lot of fun and very interesting. We had a wonderful time exploring Paris together. It was a very memorable few days that we will always cherish. 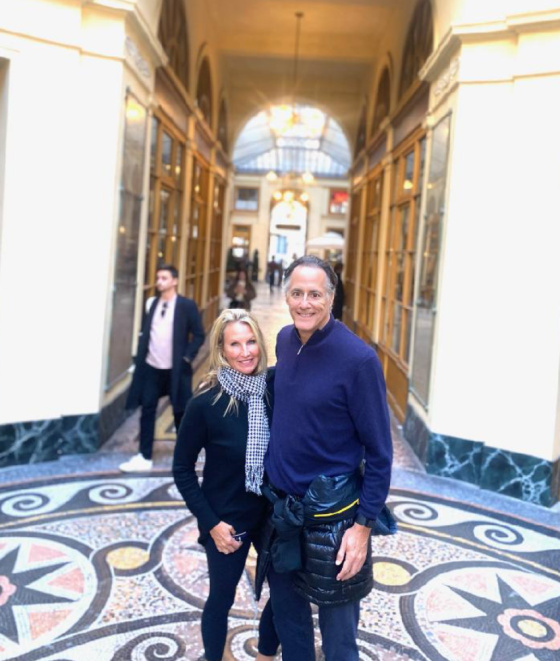