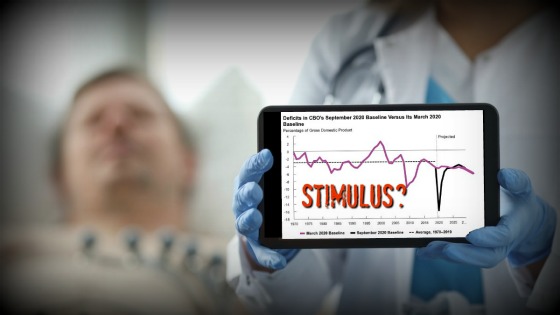 I’ve been pleasantly surprised so far with regard to how well our rent collections have held up since the onset of COVID and the corresponding economic carnage. On average, we’ve been collecting across our portfolio about 98% of what we have billed. Of course, each individual property may be lower or higher and more impacted if there is a retail component. Overall, we have been fortunate that either the vast majority of our residents still have jobs and/or government support or have prioritized their rent payments by tapping their savings or borrowing from friends or family. We have had the substantial added benefit of much lower debt service in 2020 since over 80% of our loans are floating rate.

The following chart shows the trajectory of 30-day LIBOR, the index upon which all of our variable loans are based. One can see that after many years of hovering in the 0.25% range, it started going up rather consistently and then rapidly between 2016 and 2019 as the Fed raised short term rates. Beginning in 2019, the Fed then reversed course by gradually lowering rates and then did so much more rapidly and aggressively in 2020 with the onset of Covid. We are now essentially back to similar levels as were in place between 2011 and 2015. Looking at this chart, one may even make the heretical observation that closer to 0% is the equilibrium rate versus 2.5%. I digress.

It’s hard to know what percentage of our residents rely upon government support to make their rent payments. My guess is that it’s not a very large percentage since our collections have held up well even after many people had their weekly supplemental unemployment benefits cut from $600 per week to $300 per week. And yet, with that being said, I keep waiting for the other shoe to drop. This gnawing feeling keeps increasing since there continues to be a minimal movement to pass a new stimulus package before the election. There are still significant parts of our economy that are in a depression (e.g., airlines, hotels, tourism, live entertainment). If nothing gets done here in the next couple of weeks, then there is very little chance a package will get passed until next year. Unfortunately, after December 31st, an enormous amount of support may go away for millions of people.

The following chart shows the explosion in those receiving unemployment benefits. And while it has dropped by over 10 million since March, it is still at approximately 10 million, enormous by historical standards as the second chart shows.

One can see that the previous peak was approximately 7 million at the depths of the Great Recession and then slowly came down over nearly a decade to 2 million.

The question is, how long will it take to regain those 8 million jobs to get us back to our pre-pandemic employment levels? Clearly, the Federal Reserve thinks it will take a while as its interest rate policy of holding rates close to 0% through 2023 at a minimum is reflective of this belief.

So what is at risk if Congress doesn’t act soon to pass new stimulus legislation? The differing points of view regarding the merits of adding more stimulus or not can be summed up at the end of an article summarizing what programs are at risk if new legislation is not passed.

Here is the conservative argument:

Jared Walczak, vice president of state projects at the Tax Foundation, said the states have been holding onto the $150 billion that Congress allocated in March with the hope that certain costs, like unemployment benefits, would be eventually funded in a future relief package.

“There are a lot of states still sitting on coronavirus relief fund money that they’re allowed to be spending on unemployment compensation benefits right now and are not,” Walczak said.

Republicans have been opposed to extending the beefed-up pandemic jobless aid past December, arguing that the benefits paid people more to be unemployed than they were making on the job, taking away their incentive to rejoin the workforce.

For Beyer, the debate isn’t over boosting the economy but keeping people afloat.

“This isn’t really stimulus, it’s more of a life preserver,” he said. “It isn’t like we’re trying to make the economy come back, we’re just trying to help people that have been terribly hurt by the economy, allow them to get through without hunger without eviction.”

Before I weigh in with my thoughts, here are some specific programs that are at risk if new legislation isn’t passed.

The CARES Act passed in March provided key programs and support for the unemployed that will be cut off after December 31, 2020. Here are some of the programs at risk and some of the consequences related to not passing another stimulus package cited in the linked article.

If I had to pick a side to be more sympathetic to, it would be the more liberal one. My thought is that the patient has had a severe heart attack, and fortunately, it is starting to recover. It is doing so not only because it was relatively healthy going into the event, which has given it a reservoir of strength to tap into to help in its recovery, but it has also needed compelling medical intervention to keep him alive. It’s premature to cut off the medicine and rely on the patient’s willpower and strength alone because his strength is still greatly diminished. And yes, while there maybe $150 billion still unspent by the states, that is still a relatively small amount in an economy that has approximately $20 trillion in annual personal income. With the office economy being hit hard with so many working from home and so few traveling and spending money on airlines, hotels, tourism, and live entertainment, we have had an economic storm that has been a calamity for some states and manageable for others. For example, Nebraska’s August 2020 unemployment rate is 4.0%, while Nevada’s is 13.2%. Nevada’s high rate is not surprising, given its reliance on tourism. The pain is also felt in two economic giants as well. California’s unemployment rate is 11.4%, and New York’s is 12.5%. Pennsylvania, New Jersey, Illinois, and Massachusetts also have double-digit unemployment, and they are important economically given their size.

We also don’t know the ripple effect throughout other economic areas as lower-income people lose more purchasing power and whether this will lead to more job losses up the food chain. To me, it’s relatively cheap insurance to pass another stimulus packages. Interest rates are extremely low. This hasn’t stopped investors from snapping up massive amounts of Treasuries as the deficit has exploded, so whatever increase there will be to the deficit will have no problem being absorbed by investors or the Fed. 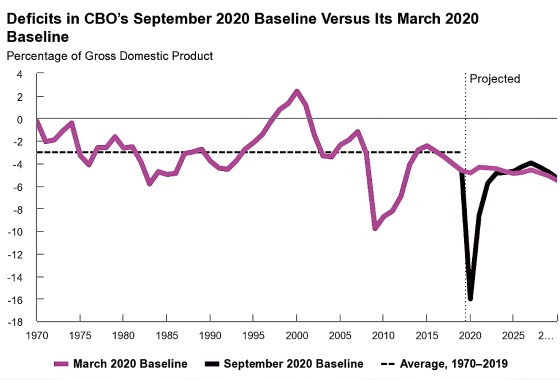 My vote is to keep providing the patient life-preserving medicine as he is still not strong enough to leave the hospital without a substantial risk of his heart failing in ways that he will not be able to recover.