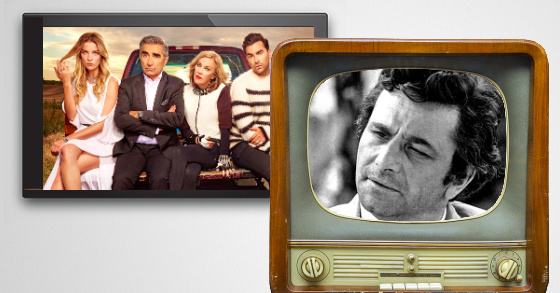 Not surprisingly, one of the ways of occupying my time while recovering from my heart surgery has been to dive into all of the different content options on the streaming services. Despite the myriad of choices, I have found very little to watch and that is really more particular to me in that I have a hard time starting a series and being committed to finishing it. The thought of watching more than two seasons of anything with more than 10 episodes each is very daunting so I just choose to abstain. Of course, that means I’m missing out on some great entertainment but it’s not worth the stress and anxiety of knowing that I have so many more episodes to watch. One show that did meet my criteria was Imposters. I enjoyed it immensely and strongly recommend it. I was also able to enjoy Schitt’s Creek, even though it was many more seasons than two because each episode was less than 30 minutes, and my daughter and I would watch it together which was great fun.

With so many options off the table for me, I first turn to documentaries and then movies. Interestingly, during my recovery, I have found myself gravitating more to movies that I have seen before than ones I have not. I was wondering why this was the case and it occurred to me that I can be a bit more passive and relaxed while watching these since I know what is going to happen and I could just pay attention in a different way to more subtle details rather than trying to absorb myself into a new plot and a set of characters. Two repeat moves I watched recently were Stranger than Fiction, which is a terrific movie starring Will Ferrell, and Ghost Town, which stars Ricky Gervais. I never found myself bored watching them again and they were able to take my mind off some of my discomfort without having to expend a lot of mental energy-absorbing movies I hadn’t seen previously.

I wasn’t completely against watching television series but I found myself more interested in ones in which each episode stood on its own so there was no pressure to watch the entire series in order to see how it unfolds and concludes. My mom was kind enough to spend time at my house taking good care of me during my recovery. Maybe this triggered nostalgia but we ended up turning to a show that was part of my youth, and that was Columbo. I watched it on and off growing up and it is a show for which I have very fond memories. It has also stood the test of time.

My Return to Columbo 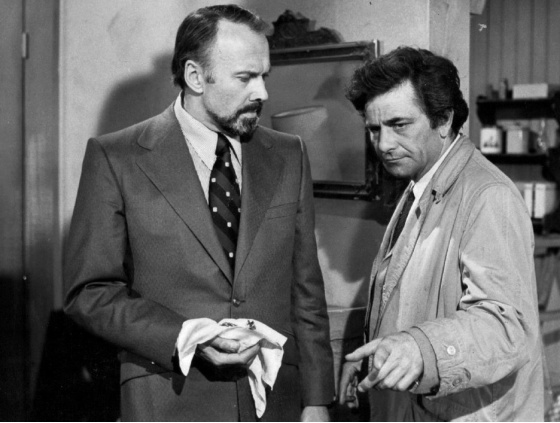 My return to Columbo got me interested in the history of the show. There were actually two pilots. The first was in 1968 and the second in 1971 before the show started airing regularly in the 1970s with the legendary Peter Falk as Columbo. My mom and I were watching the third episode that was filmed in 1971. Towards the end of the show, my daughter and a friend of hers came into the room. They were instantly hooked even though they had missed most of the episode. This is a sign of a very compelling show. Not long after their arrival it got to the climax when Columbo clinches the case, the bad guy knows that he’s been had, he can’t outsmart Columbo, and he is resigned to his fate. It then turns to the credits and, to our shock, we see that the episode was directed by Steven Spielberg and written by Steven Bochco. Of course, everyone knows who Steven Spielberg is. Stephen Bochco was not as well known but still a superstar writer, director, and producer who was the creative force behind Hill Street Blues, NYPD Blue, L.A. Law, and Doogie Howser, M.D. Although they were both young at the time the show was filmed (Spielberg was 24 and Bochco 28), this is another example of talent shining through early, and with a mastery mindset, it will only keep growing. 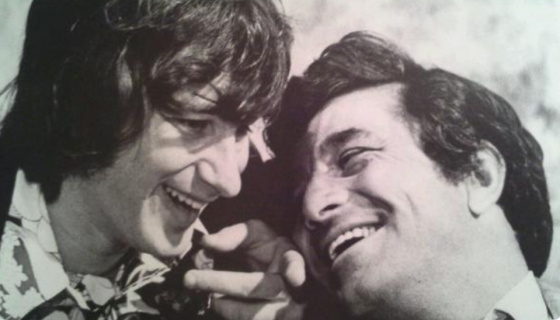 I am bringing up Columbo because it is a great reminder for me of people that I admire greatly and seen be very successful during my life.  In fact, I would say that in many ways we look for Columbo-type attributes when hiring at CWS. What do I mean by this? What made Columbo so successful?

Columbo was a very independent thinker. While the sharp-dressed suits from the FBI or local law enforcement were huddled together using the latest technology and doing things by the book, Columbo would often venture off on his own to get a feel for the environment and take in everything he could, no matter how seemingly inconsequential. He was not dressed well as he was often pretty rumpled looking and he was lost in his own thoughts. Appearances didn’t mean much to him. In fact, he purposely downplayed his looks, organization skills, and shied away from a sophisticated conversation in order to disarm those from whom he wanted to build a rapport and extract information. He possessed street smarts and the ability to notice things that others don’t and shine a light on them in ways that can help him put pieces of the puzzle together. His better educated and more well-dressed peers would focus on the obvious and overlook many items because they couldn’t see their importance. They would also engage in a cacophony of groupthink. Columbo, on the other hand, followed Issac Asimov’s approach who said that the two most important words in science are “that’s funny.” It’s when the unexpected appears that everything can change.

”The most exciting phrase to hear in science, the one that heralds new discoveries, is not “Eureka” but “That’s funny… Issac AsimovClick To Tweet

Anomalies are extremely important if you’re willing to shed your preconceived notions. If you’re not and you suffer from confirmation bias then you will ignore any disconfirming evidence and only look for that which confirms your bias. If you are open-minded, however, and thrive on discovering anomalies and what they might reveal, then they could result in major insights and breakthroughs. Columbo had worked on and solved hundreds of cases and he knew that it was in the little details where the answers lied. Columbo was perfectly suited for this type of work as he had an obsessive-compulsive nature that just couldn’t let things go and he was especially bothered by little things that didn’t fit the pattern. He was like a dog with a bone in that he was ferociously persistent and wouldn’t let go until he got to the bottom of whatever was bothering him. He knew how to adapt to get people to be more open than they otherwise would have, but yet when he came to a firm conclusion after having put all of the evidence together, he turned on a dime by projecting a very forceful, confident nature and was one who had no issue putting the hammer down to close out the case.

I personally find Columbo-like traits to have been very additive to CWS. The one major difference would be, while we very much value independent thinking, we also want our associates to work well with others. If you have a powerful mind and can build and cultivate teams or at least work well within teams, then this is a big win for us. Columbo truly was a master of his craft and we too like to focus on people who are really looking to master their craft versus building resumes. They have an intrinsic motivation to learn, grow, and succeed as well as possess a strong work ethic. They have a strong moral compass and they don’t need a lot of external validation or motivation to put in the effort and persist in doing what it takes to learn, grow, and succeed. A resume of accomplishments will be the byproduct of this mindset and approach versus the primary objective.

We like people who grew up working different jobs to support themselves or contribute to the cost of their education because it shows a hunger and commitment and a willingness to get their hands dirty when necessary. We have not had great success hiring MBAs and Ivy League-type talent but we have done very well with people who have worked for us and gone back to get their MBAs, or other degrees while continuing to work for us. In my opinion, there’s a big cost in leaving the workforce to go to business school, and the experience you can get working for a company like CWS is so much more valuable than an MBA. Believe me, I know, since I have an MBA. But, if that’s an itch you really want to scratch, then getting the degree while continuing to work is the way to go. You continue working, growing, and staying in the rhythm of the company and business while expanding your horizons and relationships in a part-time MBA program.

This is not to say that people with prestigious educational backgrounds and graduate degrees can’t be successful because the world is filled with countless numbers of them who have made an enormous difference. It’s just that from a CWS perspective, our culture and history is such that we have found that having more Columbos in our organization has been a lot more beneficial to us because the devil is in the details and Columbo types thrive in an environment where it’s better “to be a meaningful specific than a wandering generality.”

“It is better to be a meaningful specific than a wandering generality.”Click To Tweet

Columbo-types love the business, are eager to keep learning, always questioning, and they have a dogged persistence to see things through to the end while always having our investors’ best interest at heart. They love the nuances and trying to find those anomalies that can allow us to add more value without taking on inordinate risk. They have a lot of common sense and they can recognize opportunities and put the pieces of the puzzle together in a way that they can communicate their insights to us internally and to prospective investors or other key stakeholders.

I think this also explains why I have enjoyed watching movies more than once. I could channel my inner Columbo and pay attention to more of the little details than if I were watching it for the first time. And from a CWS perspective, we want people who have seen the same movies more than once so they can develop pattern recognition and develop an even greater appreciation for nuances and be better trained to recognize anomalies and wrestle them down until they understand their importance.

2 comments on “Lessons from Columbo”