Tennis May Have Saved My Life 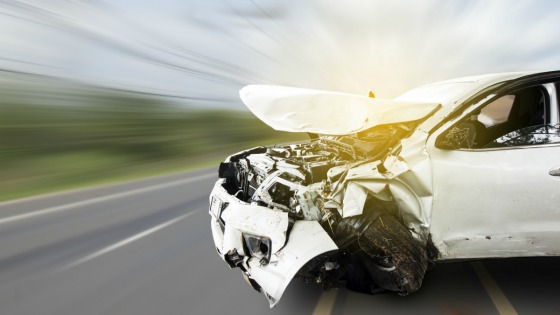 Over the past year or so I’ve been writing a lot about tennis and how it has taken on greater importance as it has enriched my life in many areas. It has improved my health, particularly my endurance, it’s been a catalyst for creating new relationships, it has allowed me to use my mind in different and more creative ways, and it has enabled me to exert my will in ways that I’m unable to in any other area. Every point will either be a winning one or losing one so I get instant feedback regarding how I apply my effort and technique. Plus I get to apply great physical exertion to go after the ball during very competitive points.

In any endeavor, it’s important to identify the factors necessary to master to attain sustained success. Tennis is no different. It requires scanning the court to see where your opponent(s) are positioned as well as studying them carefully to better understand their tendencies, strengths, and weaknesses. One has to process all of this information quickly to react quickly enough to know where the ball you’re receiving is going to land and how to best position yourself to return it with accuracy and finesse or power such that you have increased the probability that they will have a difficult time returning it or help set yourself up to be on the offensive for the return.

To play tennis well of course requires practice, focus, discipline, quick thinking and reaction time, as well as keen observational skills. I bring this up because all of these skills that I’ve been honing over the last year or so actually came to fruition on a very necessary basis in order to avoid what could have been a cataclysmic, life-altering disaster after one of my doubles matches.  My partner and I were driving back on the freeway discussing the match and we were going the common speed in the middle of three lanes (not including the carpool lane on the far left). Suddenly in the lane to the right of us a car appeared going incredibly fast. I would estimate that it was going 85+ miles per hour. It raced ahead of us and when he passed us he immediately came into our lane and then without hesitation moved into the left lane and without slowing down at all veered into the carpool lane which has a solid concrete wall barrier on the left. The natural expectation at that point was for the driver to straighten out the car given that it was heading into the carpool lane at a 45-degree angle at a very high speed. To our shock and horror, the driver did not straighten out the wheel and went head-on into the concrete barrier at full speed. It was then that all of my years of driving experience came into play complemented by what I had picked up from tennis over the last year.

Tennis: Skills That May Have Saved My Life

I had to make a few decisions very quickly. I first had to choose whether to slow down more gradually versus slamming on the brakes in order to lessen the chance of getting hit from behind. At the same time, I had to decide if I wanted to speed up to get past the car or slow down given there had to be a not insignificant probability that the car would ricochet off of the wall and come across the freeway. I am by no means a physics expert or even a novice, but I am aware of Newton’s Law stating that for every action there is an equal and opposite reaction. And an equal and opposite reaction is what took place as the car ricocheted off of the wall and traversed the entire freeway to the other side at a 45ﾟ angle and again violently crashed but this time into the opposite concrete barrier. It was particularly horrific because this was part of the freeway that converged into one of its most narrow sections. It’s one thing to see one terrible crash as the first collision into the wall, but to see a second one seconds later was shocking.

Fortunately, I chose to slow down and thereby avoided having my car collide with the ricocheting vehicle. The risk I did expose myself too, however, was debris flying across the freeway and hitting my car. Had I slammed on the brakes I would have avoided this risk of hitting flying debris but run the risk of getting rear-ended by a fast-moving vehicle that was either too close to prevent an accident or by someone not paying attention to react quickly enough.

So what happened? According to an article that I read online:

At least one person died Saturday when a car crashed on the right shoulder of the Costa Mesa (55) Freeway in Tustin.

It was reported at 10:08 a.m. on the northbound Costa Mesa Freeway at Fourth Street, according to the California Highway Patrol.

A Caltrans employee assisted at the scene and told the CHP that the crash involved a white Hyundai sedan with “three occupants down.”

One witness reported someone was inside the trunk of the vehicle, the CHP said.

A CHP dispatcher did not know whether more than one person died in the crash.

I must admit that we were very perplexed when we read about the possibility of someone being in the trunk. That led us to speculate as to whether they were involved in illegal activities such as human trafficking and they were fleeing law enforcement (of which there was no evidence of this) or in a panic to get to where they needed to go or away from someone or somewhere.

What we do know is that someone did tragically pass away while three other occupants were taken away in critical condition. Honestly, I don’t see how any of them survived. And, if they did, I can only imagine the physical challenges they will be facing for the rest of their lives.

I think my decision turned out to be the right one because we both survived, no one rear-ended us, and my car had only minor paint damage from some of the debris that hit it.

This reinforces that things can change on a dime and that the notion of having a margin of safety, which is so important in investing, is critically important in other areas of life as well, especially when it comes to driving. This traumatic event reminded me of the importance of not being in a hurry and to keep a safe distance from all surrounding cars to allow for enough time to assess unfolding situations clearly to take the necessary action to avoid an accident. To position oneself for safety and preserving options one has to have experienced countless numbers of situations that help us train our minds and reactions to achieve pattern recognition to enable us to identify where risks may lie and how they can unfold in ways that can put us in harm’s way. There are obvious parallels with investing, particularly for CWS when it comes to favoring variable rate loans. Experience has taught us that being locked into fixed-rate loans with onerous prepayment penalties constrains our options to course correct when we see trouble on the horizon or opportunities to exploit. Variable-rate loans, on the other hand, preserve optionality, while historically providing us with a lower cost of funds, which has been a form of that ever-elusive free lunch in economics. This flexibility has allowed us to avoid major accidents and to take advantage of openings to get to our destination more quickly without incurring more risk. This is not the case with fixed-rate loans based on our experience.

It’s one thing to learn about investing in business school, articles, books, videos, etc. and it’s another to be faced with imperfect information in the moment when we are dealing with our emotions, particularly fear and greed, and putting capital to work that can result in a loss that can hurt our own financial well being by losing our own money or putting our career at risk by losing the capital of others. To show how incredibly hard this is here is Stanley Druckenmiller, one of the great investors of all time, talking about how he got crushed buying tech stocks at the top of the market in 2000 when he should have known better.

“So, I’ll never forget it. January of 2000 I go into Soros’s office and I say I’m selling all the tech stocks, selling everything.

This is crazy at 104 times earnings. This is nuts. Just kind of as I explained earlier, we’re going to step aside, wait for the next fat pitch. I didn’t fire the two gunslingers. They didn’t have enough money to really hurt the fund, but they started making 3 percent a day and I’m out.

It is driving me nuts. I mean their little account is like up 50 percent on the year. I think Quantum was up seven. It’s just sitting there…”

“So like around March I could feel it coming. I just – I had to play. I couldn’t help myself. And three times during the same week I pick up a – don’t do it. Don’t do it. Anyway, I pick up the phone finally.

I think I missed the top by an hour. I bought $6 billion worth of tech stocks… and in six weeks I had left Soros and I had lost $3 billion in that one play.”

Everyone listening takes a breath as the hedge fund billionaire scans the audience, sips from a tall glass of water, and states confidently:

“You asked me what I learned. I didn’t learn anything.

I already knew that I wasn’t supposed to that.

I was just an emotional basket case and couldn’t help myself.

So, maybe I learned not to do it again. but I already knew that.“

So there you have it. One of the world’s greatest investors was an emotional basket case and lost a lot of money when he should have known better. The driver in the car ahead of me was impulsive and took a ridiculous amount of risk and at least one of the people in the car paid with his or her life while three others were in critical condition and may have paid with theirs as well. Fortunately, I was able to tap into my experience driving, having a little bit of knowledge about physics, and using my skills from tennis to keep my passenger and me alive in what was a very harrowing experience.

6 comments on “Tennis May Have Saved My Life”