Don't Flip Out, Flip a Coin Instead 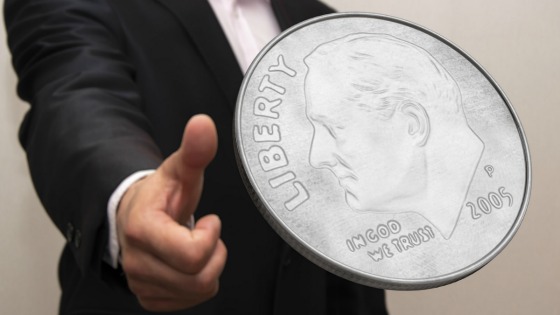 I know this may shock some people, but I have to admit that it’s not always obvious what I should write about each week and there are even some weeks where the motivation to do so is less than what it should be. I’m human, and like everyone else, motivation can ebb and flow. The key for me, however, is to just keep playing the game and to do it consistently. Little accomplishments build on one another until they have snowballed into something much bigger and more long-lasting and often can generate a high return on investment, however one chooses to measure the gains. It can be monetary, health, skill development, or just a sense of deep satisfaction. Compounding can be quite powerful.

That’s compound interest in a nutshell. It also applies to skill development and health. Sometimes quantifying things can help make a point, even if it’s a bit exaggerated. Let’s say that we make daily progress in whatever we want to improve by 0.01%, 0.05%, and 0.1%. After 30 days here is the cumulative improvement:

There’s very little cumulative improvement for the 0.01% daily gain and quite a bit more for the other two but, on an absolute basis, not that great. On the other hand, I think we would all be happy if our investments grew by 3.04% per month and most of us wouldn’t have an issue with 1.51% either.

Now let’s compound these improvements over one and two years and see the results.

One can see that after some time compounding really kicks in and the cumulative gains can be quite impressive. The .01% improvement results in an approximately 4% to 8% gain over one and two years while .05% and 0.1% daily improvements are significantly higher with 0.1% resulting in one doubling his or her strength, capability, endurance, etc. over two years. This is why identifying important areas of your life you want to improve upon and focusing on them daily in some form or fashion can pay very large dividends over the long-term.

For many people, however, this is obviously easier said than done as they don’t know where to start or how to get in the game or find the motivation to do so. In an interesting study, economist Steven Levitt of Freakonomics fame found that doing something as simple, and seemingly silly, as flipping a coin may be just the answer to catalyze change. In the spirit of “lead, follow, or just get out of the way” taking action that leads to some sort of change can make us feel a lot better.

So how does this all work?

Levitt wanted to know if people would be happier making a big life decision based on the flip of a coin. Since we all know feelings can be fleeting, he wanted to see if making a change based on a coin flip could result in longer-lasting satisfaction. He also wanted to know how people felt in the short run as well. To do this his researchers measured levels of satisfaction after two months and six months.

The study, published in The Review of Economic Studies, presented subjects with a number of questions such as, “Should I quit my job?” and “Should I propose?” The participants could also make their own questions, like “Should I get a tattoo?”

This reminds me a lot of when I was a kid and my friends and I would play with a Magic 8 Ball and ask it pertinent questions. 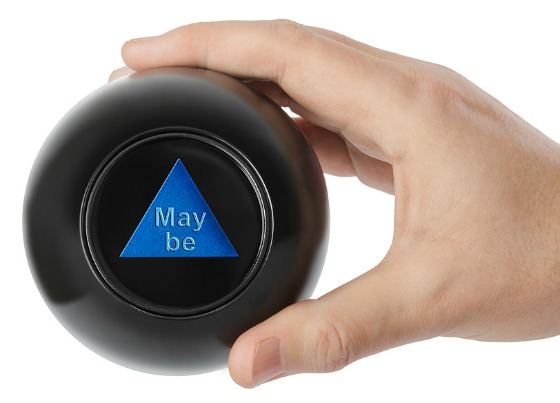 We all want to find the oracle that can lead us out of the wilderness and into the promised land and that is how we viewed the Magic 8 Ball. We would eagerly await its response after shaking it and we at times accepted its answers as gospel. With a coin flip, there is something even more definitive as it is often used to decide things like tiebreakers and who gets the ball and kicks off in football. It has societal credibility as an arbiter for which we are willing to put our faith into and accept the results. We resign ourselves to adhering to the outcome and following its directive.

It’s not easy to make a big life change but it turns out that having a catalyst like a coin flip nudging you into action tends to create more satisfaction over the long-term. In the short run, measured after two months, most people tended to prefer sticking with the status quo, while after six months their attitudes shifted as most said they were much happier that they went for it and made the change.

Levitt says that participants in the online study also said they’d make the same decision if they had to choose again. The co-author of Freakonomics adds the results differ from basic economic theories because those models focus on gains and losses and not how the choice impacts how you feel. Levitt argues that change is generally the best option when you’re in a tough spot.

In the Boston song Peace of Mind, the narrator has some sympathy for people struggling and dealing with indecision and feeling stuck.

Future’s coming much too slow

Can’t decide on which way to go

I understand about indecision

But I don’t care if I get behind

All I want is to have my peace of mind, yeah, whoa

He says he doesn’t care if he gets behind and yet he says that all he wants is to have his peace of mind. My impression is that he’s saying one thing and feeling something different and he too is a little lost and stuck. And while he says that the answer later in the song is to “take a look ahead” not everyone has such clarity. So what is one to do?

Flip a coin of course!

Of course, not everyone is willing to tempt fate in that way. I happen to be one of those people. I get a lot of enjoyment out of trying to figure out the right course of action rather than putting my fate in the hands of an inanimate object. I’m more aligned with recognizing that the mighty Wizard of Oz is just a fallible man with no special powers other than helping us realize that the answers and strength lie within us. This is conveyed in the song Tin Man by America where the singer implores us to realize that:

But Oz never did give nothing to the Tin Man

That he didn’t, didn’t already have

Whether the motivation comes from flipping a coin, a Magic 8 Ball, or from within through intrinsic motivation, the point of all this is to have a bias towards action when you are feeling stuck and in a rut. Change for change’s sake can have its benefits. It feels good to take more control of one’s life and to feel a greater sense of empowerment. The status quo can breed stagnation and inertia and it takes new energy, a growth-oriented mindset, and aggressive actions to shake it up and breathe new life into an individual or organization.

As Bob Dylan says, “He not busy being born is busy dying.”

What is it? Heads or Tails?