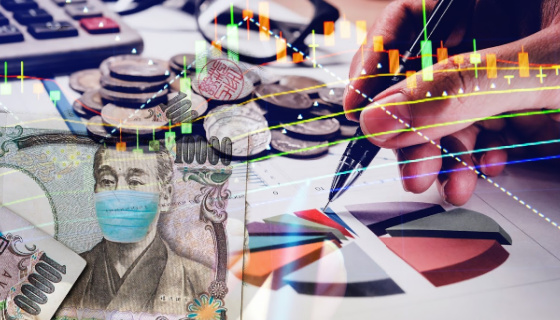 The first quarter was incredibly ugly for bond investors, particularly those with exposure to longer-maturity ones. Bond investors were not happy as Treasuries generated the worst quarterly return since 1980. 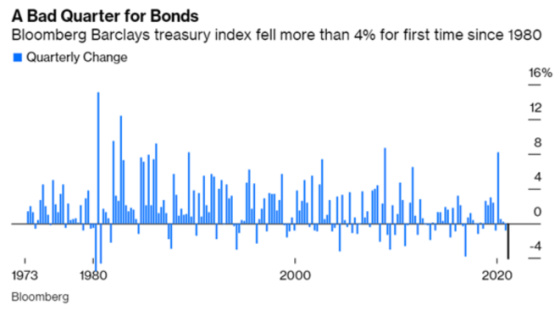 So who were the big sellers of Treasuries?

Before answering that question, let’s see who the largest foreign owners of Treasuries are. This is more detailed than domestic ownership data so I thought this would be a good place to start.

As one can see from the table above, Japan is the largest owner of Treasuries. Despite the significant increase in Treasury issuance of bills, notes, and bonds, Japan’s ownership of Treasuries through January 2021 has hardly changed since March 2020. I use March as the comparison date because Japan’s fiscal year ends March 31st.

Since Japan’s fiscal year just ended and we had one of the worst sell-offs in Treasuries in over 40 years, could Japan have been a contributor to this? This appears to be the case if this headline from the Wall Street Journal is any indication. 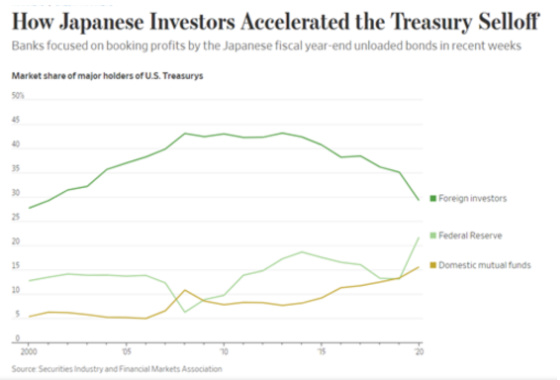 Fortunately, it would appear that Japanese institutions were not selling Treasuries based on any fundamental concern about the creditworthiness of the United States or its economic future, but to alter the composition of their portfolios prior to the fiscal year-end.

The Japanese selling wasn’t driven by any fundamental concern or changes in investors’ views of Treasurys, Mr. Dhingra said. Instead, banks, in particular, were looking to offset bond losses against equity gains.

“The selling was driven by Japanese banks looking to smooth the volatility of their portfolio returns for the year-end,” he said.

Although the trend has been for foreigners to own fewer Treasuries as a percentage as the chart above shows, their absolute dollar ownership has grown as the issuance of Treasuries has grown by approximately 22% over the last year as the following graph shows. Total public debt has gone from approximately $23 trillion to $28 trillion in one year. Talk about opening the spigots!

And for those of you who worry about how we are going to fund our ever-growing deficits, this table should help you sleep better at night. This is from the Daily Treasury Statement and shows the year-to-date issuance of Treasuries. In case you have trouble wading through all of the numbers, the most important one is the last one which shows that the Treasury has issued over $63 trillion of debt securities between October 2020 and March 2021! Yes, that is in trillions. Of course, most of the money went to redeem maturing Treasury securities but very few people realize that to increase the number of Treasuries in the hands of the public by $1.2 trillion, the Treasury had to issue a gross amount of $63 trillion. 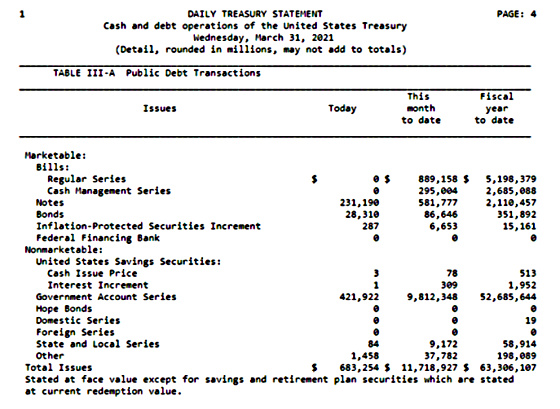 The following charts show how the increase in yields by different maturities is broken down by changes in the real rate and inflation expectations. 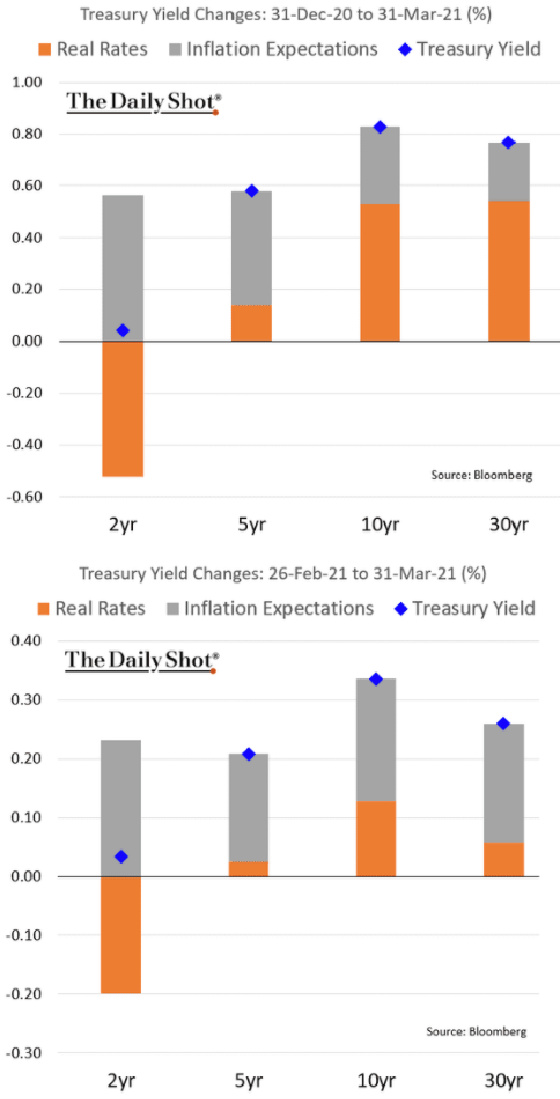 One can see that in the two-year security, the yield changed very little as real rates of return dropped as investors expect there to be a tremendous amount of liquidity in the system which will keep returns low. This was more than offset by higher inflation expectations which typically translates to higher yields as investors seek compensation for their future dollars losing purchasing power. The longer maturities showed real rates of return increasing and higher inflation, thereby creating a double whammy which led to longer-term bonds producing those terrible first quarter returns.

Investors expecting higher inflation is completely rational giving the explosion in commodity prices and the problems with the global supply chain creating more bottlenecks and shortages. The following graph shows how the U.S. Core (excluding food and energy) Personal Consumption Expenditures index is poised to go higher if past correlations with commodity prices hold. 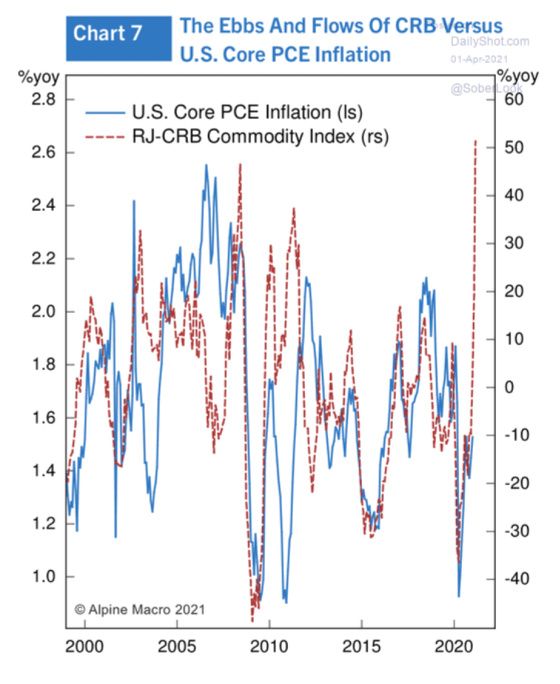 If history is any guide it looks like commodity prices, after having ricocheted back after the Covid crash, are now quite extended and at risk of coming down and taking some pressure off inflation down the road.

If copper is any guide, then investors are positioned for higher commodity prices. This next graph shows how futures traders in the copper market are heavily positioned for higher prices. Based on past price performance, it would appear that they are closer to a short-term peak and are poised for a correction. 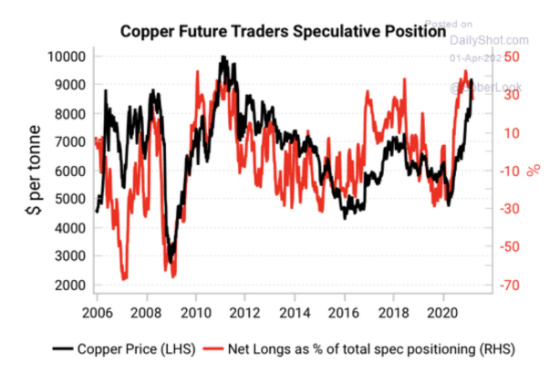 Here is another barometer of the economy and its snapback in certain areas. Used car prices have exploded higher after correcting significantly during the pandemic. This rate of change is unsustainable because it will become increasingly unaffordable for most people which will cut back demand and prices will have to adjust. 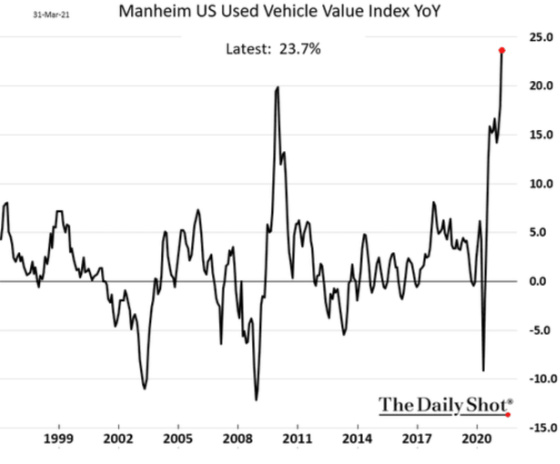 Finally, to lend some speculative corroboration to the Japanese influence on the run-up in Treasury yields, this shows how on the first day of the new fiscal year for Japan, the 10-year Treasury yield dropped quite significantly. Coincidence? I guess we won’t really know until we see Japan’s holdings of U.S. Treasuries and whether they have grown again now that their fiscal year is over. 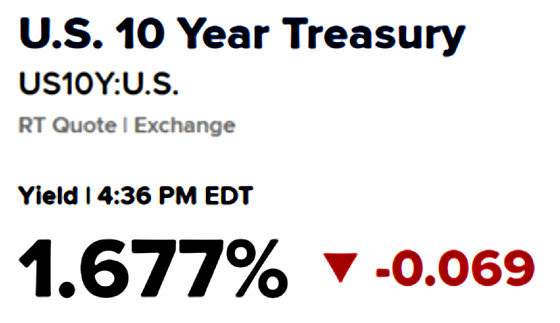