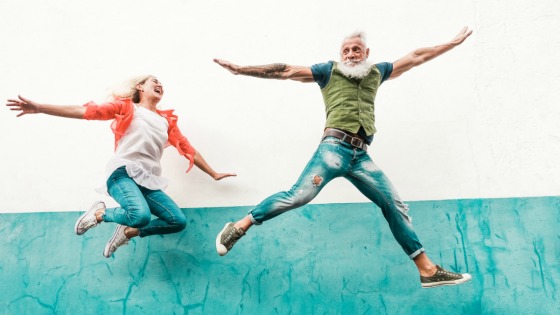 I slept and dreamt that life was joy.

I awoke and saw that life was duty.

I worked—and behold, duty was joy.

“Life is not something, it is the opportunity for something.”

“Life is not something, it is the opportunity for something.” -Christian Friedrich HebbelClick To Tweet

Last week I discussed trauma and said that I intended to follow up with Holocaust survivor and famed Austrian psychiatrist Viktor Frankl’s thoughts conveyed in three lectures he gave in 1946, nine months after his liberation from the concentration camps. These lectures became the basis of one of the 20th century’s most impactful books, Man’s Search for Meaning. Frankl developed logotherapy which focuses on the importance of meaning in a person’s life to help him or her persevere through life, which is often not an easy journey for most people. While it’s common for people to say they just want to be happy and experience pleasure, Frankl disagrees with this and believes that people have it backward. The former is a byproduct of a meaningful life while the latter is transitory.

This is what Frankl said about happiness.

In any case, all human striving for happiness, in this sense, is doomed to failure as luck can only fall into one’s lap but can never be hunted down. It was Kierkegaard who told the wise parable that the door to happiness always opens “outward,” which means it closes itself precisely against the person who tries to push the door to happiness “inward,” so to speak.

We have to live an outwardly focused life to find fulfillment. This is done by turning away from ourselves and towards others as well as nature. This is the antithesis of focusing on pleasure. Frankl references the work of a Russian psychologist who showed that people experience significantly more feelings of dissatisfaction than feelings of pleasure. Thus, it’s not feasible to live only for the sake of pleasure.  As a result,

Pleasure in itself cannot give our existence meaning; thus the lack of pleasure cannot take away meaning from life.

So what is to be done to find meaning in life if it doesn’t come from seeking happiness or pleasure? It’s to face the challenges of life head-on and play whatever the cards of fate may deal us. Almost two decades prior to John F. Kennedy encouraging Americans to not ask what their country can do for them, but what they can do for their country, Frankl said the following.

[T]he question can no longer be “What can I expect from life?” but can now only be “What does life expect of me?” What task in life is waiting for me?…[I]t is life that asks the questions, directs questions at us—we are the ones who are questioned! We are the ones who must answer, must give answers to the constant, hourly question of life, to the essential “life questions.” Living itself means nothing other than being questioned; our whole act of being is nothing more than responding to—of being responsible toward—life. With this mental standpoint, nothing can scare us anymore, no future, no apparent lack of a future. Because now the present is everything as it holds the eternally new question of life for us. Now everything depends on what is expected of us.

The power of now! Everything rests in this moment and how we will respond to what is needed from us. We bring the past into this moment and can influence the future by the choices we make in the here and now.Click To Tweet

The power of now! Everything rests in this moment and how we will respond to what is needed from us. We bring the past into this moment and can influence the future by the choices we make in the here and now.

[L]ife itself means being questioned and that we cannot justifiably ask about its meaning, since this meaning exists in the act of answering. But we said that the answers that we must give to life’s specific questions can no longer exist in words but only in deeds, and more than that in living, in our whole being!…Being human is nothing other than being conscious and responsible!

In order to respond to what life asks of us, we must be prepared to contend with hardship and suffering because a full life means we are invested in others and they will inevitably cause us pain in some form or fashion or fate will deal us a very challenging hand. Leading a meaningful life means having to face life’s challenges and learning to accept them, and even relish them, because when we do we often feel more alive than when everything is going well.

“So, fate is part of our lives and so is suffering; therefore, if life has meaning, suffering also has meaning. Consequently, suffering, as long as it is necessary and unavoidable, also holds the possibility of being meaningful…in the final analysis, it is not a question of either achievement or endurance—rather, in some cases, endurance itself is the greatest achievement…Real suffering fills a person completely, fills their whole being.”

I know from personal experience that nothing has focused me more than when having to deal with challenges. And these have not been everyday obstacles, but profound, life and death ones involving people I have been closest to. It has also carried over to my business career when we have had to deal with some very difficult times at CWS and how these forced the entire organization to coalesce around getting through them with the prospect of coming out the other side stronger than ever. We focused on only what was essential and discarded everything else. This effective and essential minimalism was highly liberating as we knew what we had to do and didn’t care about anything else. There was no fear of missing out because if we didn’t get through this then we wouldn’t be around. These experiences proved to be extremely motivating and effective. Everyone knew the mission, rallied around it, and gave it their all with the result being we did manage through them, we gained extremely valuable knowledge, we strengthened our culture, and we are able to develop great organizational fortitude. As a result, we were able to turn lemons into lemonade such that all of those lessons learned have prepared us extremely well to manage through the COVID carnage with much greater financial and organizational resilience than would have been the case had we not gone through these other very painful experiences.

I know of many cases—and even though they are individual ones, they still have fundamental evidential value—in which the people concerned, far from inwardly regressing, instead made inner progress, growing beyond themselves and achieving true human greatness, even in the concentration camp and precisely through their experience of the concentration camp…That inner ability, that real human freedom—they could not take that away from the prisoner, even if, in there, they could take everything else away from him and, in fact, did so.

The key was to have something to live for that would give their life purpose and meaning.

And within such psychotherapy, of course, it was primarily a matter of providing a spiritual hold, of giving life content. Thinking of the words of Nietzsche who once said, “Whoever has a why to live can bear almost any how”—a “why,” that is part of the content of life, and the “how,” those were the conditions of life that made camp life so difficult that it only became bearable with regard to a “why,” a wherefore.

According to Frankl, humans have some innate wiring and ability to find ways to not only deal with challenges and burdens but to embrace them and gain strength from them.

But do not forget this: the human psyche seems to behave in some ways like a vaulted arch—an arch that has become dilapidated can be supported by placing an extra load on it. The human soul also appears to be strengthened by experiencing a burden (at least to a particular degree and within certain limits). This is how, and this is the only way we can understand it, many a weakling was able to leave the concentration camp in a better, stronger state of mind, as it were, than when he had entered it….All thought and striving are then restricted to surviving only for today. All spiritual life is likewise reduced to serve this sole interest. In relation to everything else, the soul surrounds itself with a protective shell from which the otherwise harrowing and disturbing impressions will bounce off. This is how the soul protects itself, how it tries to safeguard itself from the overwhelming power threatening to swamp it and tries to preserve its equilibrium—to rescue itself into indifference.

At the end of the day, according to Frankl.

Thus, it is precisely the uniqueness of our existence in the world, the irretrievability of our lifetime, the irrevocability of everything with which we fill it—or leave unfulfilled—that gives our existence significance.

Every moment we have the opportunity to say yes to life by answering the call of whatever is asked of us. These are unquestionably trying times for so many of us. It’s precisely such a time that we can take the courageous attitude that we will do whatever is necessary to stay fully engaged in life and give everything we have to stay positive, help others, and don’t forget to help ourselves by focusing on our health and well being and taking every opportunity to learn and grow from the challenges with which we are confronted.