What To Avoid So That Your Happiness Continues 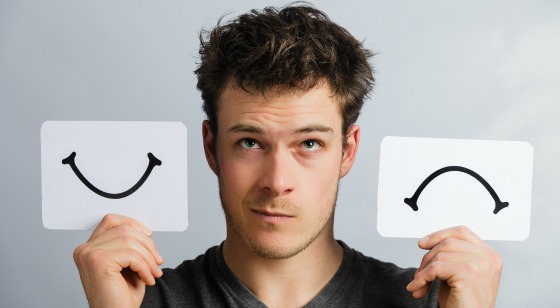 Following up from last week’s blog post that discussed Bertrand Russell’s Conquest of Happiness, this week will focus on some of the actions we can take and the ways we can train ourselves to welcome more happiness into our lives.

To summarize this week’s blog, Russell believes that happiness has a better chance of being attained if we:

Russell strongly believed that fatigue can get in the way of us being happy and that one of the principal causes of fatigue is worry and that worry can to a great extent “be prevented by a better philosophy of life and a little more mental discipline” According to Russell,

“Most men and women are very deficient in control over their thoughts. I mean by this that they cannot cease to think about worrying topics at times when no action can be taken in regard to them. Men take their business worries to bed with them, and in the hours of the night, when they should be gaining fresh strength to cope with tomorrow’s troubles, they are going over and over again in their minds problems about which at the moment they can do nothing, thinking about them, not in a way to produce a sound line of conduct on the morrow, but in that half-insane way that characterizes the troubled meditations of insomnia. The wise man thinks about his troubles only when there is some purpose in doing so; at other times he thinks about other things, or, if it is night, about nothing at all. It is amazing how much both happiness and efficiency can be increased by the cultivation of an orderly mind, which thinks about a matter adequately at the right time rather than inadequately at all times. When a difficult or worrying decision has to be reached, as soon as all the data are available, give the matter your best thought and make your decision; having made the decision, do not revise it unless some new fact comes to your knowledge. Nothing is so exhausting as indecision, and nothing is so futile.”

One way of cultivating a more orderly and less worried mind is to realize that we are not as important as we think we are and that we too often let our egos and self-centeredness drive the train.

“The man who can center his thoughts and hopes upon something transcending self can find a certain peace in the ordinary troubles of life which is impossible to the pure egoist.”

Self-talk is not enough, however, to cleanse our minds to lessen worry and put others ahead of ourselves. The critical requirement, like anything that we hope to change permanently, is to move if from conscious awareness to being deeply implanted in our subconscious. So how does one do this according to Russell?

“My own belief is that a conscious thought can be planted in the unconscious if a sufficient amount of vigor and intensity is put into it. Most of the unconscious consists of what were once highly emotional conscious thoughts, which have now become buried. I have found, for example, that, if I have to write upon some rather difficult topic, the best plan is to think about it with very great intensity— the greatest intensity of which I am capable— for a few hours or days, and at the end of that time give orders, so to speak, that the work is to proceed underground. After some months I return consciously to the topic and find that the work has been done. Before I had discovered this technique, I used to spend the intervening months worrying because I was making no progress; I arrived at the solution none the sooner for this worry, and the intervening months were wasted, whereas now I can devote them to other pursuits.

A process in many ways analogous can be adopted with regard to anxieties. When some misfortune threatens, consider seriously and deliberately what is the very worst that could possibly happen. Having looked this possible misfortune in the face, give yourself sound reasons for thinking that after all it would be no such very terrible disaster. Such reasons always exist, since at the worst nothing that happens to oneself has any cosmic importance. When you have looked for some time steadily at the worst possibility and have said to yourself with real conviction, “Well, after all, that would not matter so very much,” you will find that your worry diminishes to a quite extraordinary extent. Worry is a form of fear, and all forms of fear produce fatigue. A man who has learned not to feel fear will find the fatigue of daily life enormously diminished. The proper course with every kind of fear is to think about it rationally and calmly, but with great concentration, until it has been completely familiar. In the end familiarity will blunt its terrors; the whole subject will become boring, and our thoughts will turn away from it, not, as formerly, by an effort of will, but through mere lack of interest in the topic. When you find yourself inclined to brood on anything, no matter what, the best plan always is to think about it even more than you naturally would until at last its morbid fascination is worn off.”

Once we can train our minds away from needless worry it is then critical to rid ourselves of a comparative mind consumed by envy as “[t]he habit of thinking in terms of comparison is a fatal one.” Russell suggests the following as an antidote to envy:

“When anything pleasant occurs it should be enjoyed to the full, without stopping to think that it is not so pleasant as something else that may possibly be happening to someone else…Envy, in fact, is one form of a vice, partly moral, partly intellectual, which consists in seeing things never in themselves but only in their relations.”

“You can get away from envy by enjoying the pleasures that come your way, by doing the work that you have to do, and by avoiding comparisons with those whom you imagine, perhaps quite falsely, to be more fortunate than yourself.”

One obstacle to avoiding pleasure is being burdened by thinking about sin and constantly trying to avoid it. Russell instead believes people should focus on “the enjoyment of all good things whenever there is no evil consequence to outweigh the enjoyment….I am not suggesting that a man should be destitute of morality, I am only suggesting that he should be destitute of superstitious morality, which is a very different thing.”

The Importance of Integration

In order to enrich the lives of others, one must feel good about oneself. To be outwardly focused has great benefits versus the individual who is constantly wrestling with internal conflicts. The cause of this internal civil war is a result of an individual who is not at harmony. According to Russell, one should do all he can do to live a life in which all parts of one’s being are in harmony.

“[T]he various layers of a man’s nature, conscious, subconscious, and unconscious, work together harmoniously and are not engaged in perpetual battle. To produce such harmony is possible in most cases by wise education, but where education has been unwise it is a more difficult process. Nothing so much diminishes not only happiness but efficiency as a personality divided against itself. The time spent in producing harmony between the different parts of one’s personality is time usefully employed.”

As I discussed last week, the need for excitement and distraction can be a detriment to happiness. This is particularly the case for the individual who is disintegrated. This disintegration, according to Russell, shows up as follows.

“The man divided against himself looks for excitement and distraction; he loves strong passions, not for sound reasons, but because for the moment they take him outside himself and prevent the painful necessity of thought. Any passion is to him a form of intoxication, and since he cannot conceive of fundamental happiness, all relief from pain appears to him solely possible in the form of intoxication. This, however, is the symptom of a deep-seated malady.”

The opposite is the case, however, when one has had the great fortune of being fully integrated.

“Where there is no such malady, the greatest happiness comes with the most complete possession of one’s faculties. It is in the moments when the mind is most active and the fewest things are forgotten that the most intense joys are experienced. This indeed is one of the best touchstones of happiness. The happiness that requires intoxication of no matter what sort is a spurious and unsatisfying kind. The happiness that is genuinely satisfying is accompanied by the fullest exercise of our faculties, and the fullest realization of the world in which we live. For it is essential to happiness that our way of living should spring from our own deep impulses and not from the accidental tastes and desires of those who happen to be our neighbors, or even our relations.”

2 comments on “What To Avoid So That Your Happiness Continues”