The Investment Lessons from Jamming - Fortune Favors the Bold 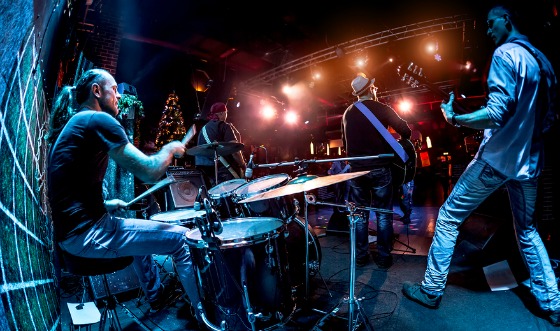 Jeff Chimenti is a highly accomplished keyboard player who has played with Grateful Dead spin-off bands to great acclaim for a number of years. His background is in jazz and he embarrassingly admits that he never heard the Grateful Dead’s music until he joined Grateful Dead member Bob Weir’s solo band Ratdog.

4 Key Traits The Correlation Between Investing and Jamming

He was recently interviewed and asked how he was able to go from no knowledge of the band to complete immersion and excellence and what were the secrets to playing with the band so successfully. He said that it required four key traits that I think have great applicability to investing:

It’s been famously said that what the wise man does at the beginning of an investment trend the fool does at the end. Everything changes. What is overlooked and cheap will eventually become well known and expensive. We must acknowledge the cliche that change is the only constant and do our best to know what felt lonely but intuitively a very favorable risk-reward relationship may now feel more social but less compelling because too many people are aware of it. We must be very malleable and not be married to any particular investment thesis but to the process of always testing the thesis and looking for disconfirming evidence. That is not to say that investments can’t have very long lives to them but we should be willing to look for evidence that change is afoot. This brings us to the second trait, paying attention.

Ludwig Mies van der Rohe said that “God is in the details.” As time goes by I see more clearly what he meant by that. Not only is a life more interesting when one can go deeper, but it can also be the difference between success and disappointment. The difference between the two can oftentimes relate to either overlooking important details or focusing on the noise versus signal. The former is an error of omission while the latter is one of commission. I was recently interviewed by Investors Business Daily and discussed how I thought one of the hallmarks of successful people is that they are able to separate the signal from the noise.

After nearly 30 years of investing and being in business, I’m coming to believe that one of the key roles of a leader is to assemble a team of people that have the interest and ability to pay attention to different, vital parts of the business. Deep curiosity and a willingness and desire to dive more deeply into the details and learn the nuances of cause and effect are critical to mastery and to have a team of masters can be quite powerful. The leader needs to have systems and processes to make sure the most important things are being paid attention to and have them bubble to the surface in ways that can be assimilated to ascertain when change is happening and take the appropriate action. We can’t be experts in everything and not everyone has the skills to lead, direct, and organize but if we can develop some highly valuable skills then we can add a lot of value. Leaders must weed out and assimilate that which their subordinates are paying attention to in ways that can take advantage of an opportunity and avoid uncompensated risk.

Listening is such an important skill. For improvisation, it’s vital to listen to the other band members and detect where they are and where they may be going and to either respond to change or lead it. Extrapolating from this I have come to appreciate that very little can be learned from talking other than often helping to articulate things to gain more clarity (i.e. talking things through), teaching others, or asking questions that can elicit more information. Listening, on the other hand, can result in endless opportunities for learning. Precise speaking and careful listening can go a long way towards gaining important knowledge. I can’t tell you how many meetings I have sat in and detected an inconsistency or imprecise way of speaking that have led me and my partners to question whether what the person was saying was accurate. Often times these small “tells” were helpful in revealing to us that what was being communicated to us was more fiction than fact. In the famous words of Reagan when dealing with the Russians, “trust but verify.” Listening carefully with an open, yet scrutinizing mind can be very helpful in terms of learning new things and especially when one is interacting with a sales-oriented individual who is highly incentivized to make the sale. This doesn’t always mean what they’re selling is not of value, but the incentives are such that a higher bar of scrutiny should be applied to what he or she has to say.

It’s been cynically said that every piece of paper with financial information on it is designed to separate investors from their money. Projections are obviously important but I have found it is more important to listen carefully to the people behind the projections. Are they clear thinkers? Have they considered other scenarios? Can they articulate what can go wrong? What is their investment thesis? Have they had a similar experience in executing other business plans of this profile? Do they have a supportable investment thesis? And the list goes on. I would rather be generally right than precisely wrong. By listening to key people involved in an investment, I can learn much more about the odds of success than relying solely on a set of projections.

Put Emotion Into It

This is a little bit of a double edged sword as we know that emotions can be the greatest enemy of investors as we are all susceptible to bouts of fear and greed which can lead us to buy at the top and sell at the bottom. This is particularly the case when it comes to marketable securities like stocks which have tremendous liquidity and real-time pricing. When it comes to real estate (CWS’ focus), however, it is a very different story. We, of course, need to make sure we keep a clear head when it comes to making buy and sell decisions. And yet, to actually acquire a property from a real-live human being where one is purchasing a tangible asset, it is vitally important to aggressively go after what one wants after determining the odds are in one’s favor.

Fortune favors the bold and purchasing a piece of property or business that requires the other party to want to sell to you necessitates a champion to lead the charge to make it happen. This cannot happen without emotion and strong core beliefs, especially when there is competition to buy the same asset. We have had very intellectual acquisition personnel that were hampered by taking too cerebral of an approach to every opportunity and presenting the pros and cons robotically without strong beliefs. They were playing not to lose versus win. If we didn’t feel the passion and support for these investments from the acquisition people then the chances of them getting approved or us wanting to go after them aggressively dropped dramatically. The opposite has been the case with our most successful acquisition officers who have been smart, calculating, deeply knowledgeable about their markets and values (“paying attention”), are excellent listeners, open-minded, strong communicators, can cultivate strong relationships, and can advocate very effectively for the deals they think we should pursue. Emotion is an integral part of their success. They are somewhat ruthless and scrutinizing in terms of what deals they will do and the prices they are willing to pay, but once they have a fish on the hook, they will do everything in their power to reel it in. Taking action requires some level of courage and courage requires belief and belief is often catalyzed by being invested emotionally once one has crossed the Rubicon to recognize a fleeting but extraordinary risk-reward relationship is present.

For the week ahead my suggestion would be to work on paying closer attention and listening carefully.

Do you incorporate any of these traits into your daily life? Is Jamming one?