The Surprising Benefits of Boredom and Holiday Happiness 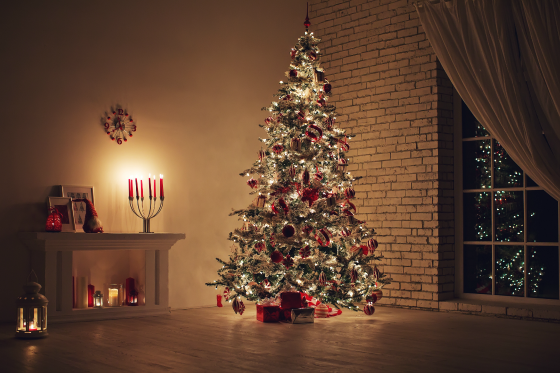 With this being the week of Christmas I thought it would be appropriate to revisit one of my favorite topics: Happiness.

Bertrand Russell was one of the west’s great intellectuals. He created the field of logical mathematics which led to the creation of the computer and the life-changing work of Alan Turing. He was also a brilliant philosopher and prolific writer who penned over 70 books during his long life. I recently completed The Conquest of Happiness, which I enjoyed very much. The title is quite appropriate as Russell asserts that happiness is by no means a passive endeavor, but actually takes a lot of work. I will discuss this work over the next two weeks. Not to bore you, but boredom will take center stage this week as Russell believed that learning to live with boredom is essential to happiness. Before embarking on this, however, I will touch on some other key points of Russell’s.

I will discuss this work over the next two weeks. Not to bore you, but boredom will take center stage this week as Russell believed that learning to live with boredom is essential to happiness. Before embarking on this, however, I will touch on some other key points of Russell’s.

Describe the Opposite 1st to Learn What to Avoid

Like Charlie Munger, Russell believed that it’s often important to describe the opposite of something first to help us learn what to avoid. In other words, we may not be effectively able to describe what it means for us to be happy in great detail but almost all of us can articulate what makes us unhappy.

The result of these leads to the “destruction of that natural zest and appetite for possible things upon which all happiness, whether of men or animals, ultimately depends.”

An increasing focus on oneself and letting our egos drive the train is at the heart of a life that ultimately diminishes such that there is “no activity of a progressive kind.” For those who cannot overcome their self-obsessed nature, then the only solution is an external discipline that leads to a system and set of repeatable behaviors that forces one to focus on others and the outside world such that new habits are formed.

“vanity kills pleasure in every activity and leads to listlessness and boredom.”Click To Tweet

For this reason, it is important to develop a mechanism to fight back against one’s egoistic, self-absorption and do for others in order to avoid falling into a deep pit of ennui that eventually becomes impossible to get out of. And when this occurs then a typical response is to alter one’s reality through the pursuit of ever ephemeral pleasures that only serve to temporarily dull the pain of an increasingly meaningless life. Eventually, more and more pleasures are chased after in higher quantities to generate the same level of distraction and numbing of reality.

In addition to self-centeredness, Russell also believed strongly that many people suffer from a deep-seated discontent because they have an internal divide between who we are versus who we think we should be and this often stems from a rigid ethical code instilled in us from a young age that is truly unattainable. We can never live up to our ideals so we should consider altering them in order to open ourselves up for more self-acceptance and self-love because if we can’t love ourselves it is, even more, difficult to love others and accept their love.

Russell was very prescient in describing the downside of individuals having a hyper-focus to the exclusion of everything else, particularly related to one’s work. This can lead to deep satisfaction if we see the world entirely through a prism that has us view it as raw material to feed our egos. I can somewhat relate as I often see much of the world in terms of how it may affect interest rates. Not very exciting for my loved ones and companions I know. When life is given such a one-sided direction completely focused on achievement versus the activities involved connected with it, Russell asserts, like I discussed above, that this makes the unbalanced individual quite susceptible to seeking distraction and oblivion as so little in life provides him satisfaction. He is ripe to become a devotee of pleasure in order to make life more bearable.

In the song Uncle John’s Band by the Grateful Dead, there is a line that says:

Russell wholeheartedly agreed. He believed that removing effort from life eliminates an essential component of happiness as “we are adapted to a certain amount of struggle in life.” It is also vital to not have everything you want and to enjoy the satisfaction of earning what you do get as limits can add to one’s happiness.

To quote John Lennon, “Love is the answer” and Russell agreed. He believed that love enhances all the best pleasures of life whether it be music, a beautiful sunset, the moon rising over the sea, etc. Love “can break down the hard shell of the ego, since it is a form of biological cooperation in which the emotions of each are necessary to the fulfillment of the other’s instinctive purposes.”

Charlie Munger believes envy is the worst of the 7 sins, it’s the one in which no pleasure is derived.Click To Tweet

Charlie Munger believes that envy is the worst of the seven sins because it’s the only one in which there is no pleasure derived. Russell believed that people put too much effort on competitive success. This is particularly true for investors. Russell brilliantly sums of the American mindset in this regard when he says:

“Many Americans would sooner get 8% from a risky investment than 4% from a safe one. The consequence is that there are frequent losses of money and continual worry and fret.” Click To Tweet

Russell’s goal when it came to money was to generate “leisure with security.” The typical modern man, however, does not share his goal. Rather his goal for money was to get “more money, with a view to ostentation, splendor and the outshining of those who have hitherto been his equals.” Harsh stuff but probably still applicable today, particularly when it comes to the culture of Wall Street, as Russell states that

“Success can only be one ingredient in happiness, and is too dearly purchased if all the other ingredients have been sacrificed to obtain it.” Click To Tweet

Russell believed that “[u]nless a man has been taught what to do with success after getting it, the achievement of it must inevitably leave him a prey to boredom.” There is boredom showing up again. With such a focus on boredom by Russell, what does he suggest to do? He actually believed that one of the keys to being a happy person is being comfortable with boredom.

“We are less bored than our ancestors were, but we are more afraid of boredom. We have come to know, or rather to believe, that boredom is not part of the natural lot of man, but can be avoided by a sufficiently vigorous pursuit of excitement….Too much excitement not only undermines the health, but dulls the palate for every kind of pleasure, substituting titillations for profound organic satisfactions, cleverness for wisdom, and jagged surprises for beauty…A certain power of enduring boredom is therefore essential to a happy life, and is one of the things that ought to be taught to the young.”

Russell believed that it is vitally important to educate our young with a focus on focus.

“A child develops best when, like a young plant, he is left undisturbed in the same soil. Too much travel, too much variety of impressions, are not good for the young, and cause them as they grow up to become incapable of enduring fruitful monotony. I do not mean that monotony has any merits of its own; I mean only that certain good things are not possible except where there is a certain degree of monotony.”

If the distraction of children was a problem when Russell wrote the book in 1930, I can only imagine how horrified he would be by what he would see in today’s digital, social media age.

Boredom at Christmas – My wish for you!

Not only do I wish you a very Merry Christmas but somewhat of a monotonous one as well! I look forward to returning next week with more wisdom from Bertrand Russell.

7 comments on “The Surprising Benefits of Boredom and Holiday Happiness”