Mind Your Legacy and a Pet Peeve 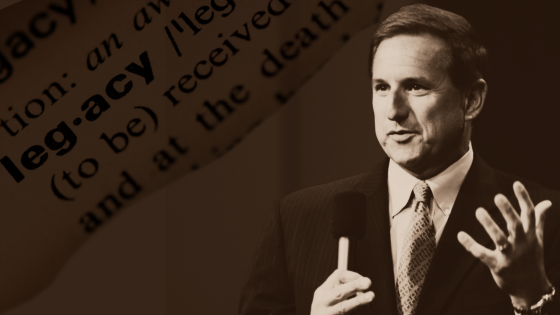 I was going to write about some interesting charts that caught my attention such as this one. 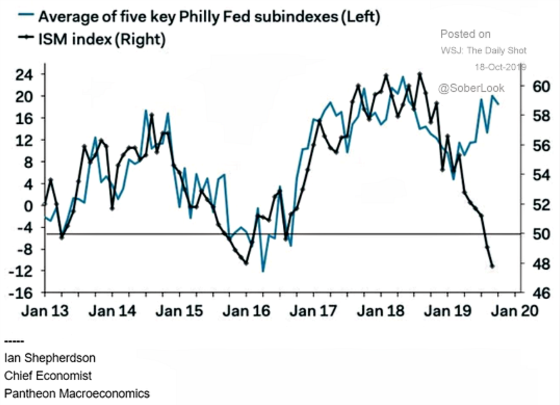 And while this divergence definitely caught my eye and makes me wonder if the recent rise in yields (nearly 0.25% over the last couple of weeks on the 10-Year Treasury) is foreshadowing economic improvement like this chart seems to suggest, something else superseded it and now takes precedence.

The Co-CEO of Oracle Mark Hurd announced in September that he was taking a medical leave. On Friday, the rather shocking news came out that he had passed away at the relatively young age of 62. Of course when someone takes a medical leave rather abruptly, then the situation is typically not very good. Nevertheless, I did not expect that he would pass away within five weeks. 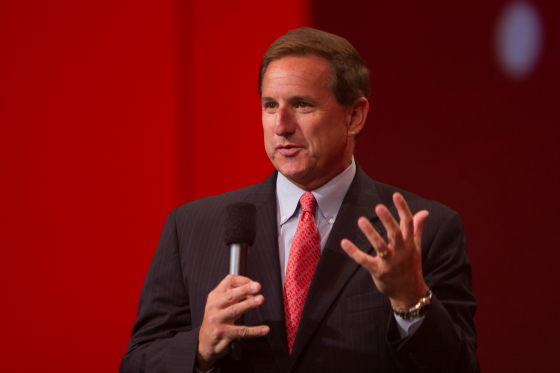 I was reading a Wall Street Journal synopsis of his business career and two things came to mind after I finished the article, particularly as the one year anniversary of Roneet’s passing is coming up on October 31st. The first is an important reminder and the second is a pet peeve that inspired me to write this post.

Hurd had a successful career at NCR and Hewlett Packard before taking over at Oracle. Unfortunately, he had a relationship with an outside contractor when he was CEO of HP that, while it did not violate the company’s sexual harassment policy, he submitted inaccurate expense reports to cover up the relationship which did breach their rules. This led to his resignation. Hurd was an excellent tennis player and he played with Larry Ellison quite a bit while he was at HP. Ellison hired Hurd almost immediately after he left as he knew Hurd was extremely talented.

“the worst personnel decision since the idiots on the Apple board fired Steve Jobs many years ago.”

I wonder how he really felt.

Right or wrong, when I hear Mark Hurd’s name his resignation and the reason for it is the first thing I think of. The second is his close relationship with Ellison and leading Oracle. It’s a lesson in trying to do one’s best to avoid ethical lapses as much as possible. Of course, not only is it the right thing to do and leads to a more fulfilling life and one of being more fully integrated as you are not subjected to being consumed by guilt and shame and covering your tracks, but I don’t think we want that to be part of our legacy like it is for Hurd. Personally, I don’t think less of him as we all fall short, go off track, and we should be worthy of compassion and forgiveness if we are truly contrite and can grow from the experience. It is reflecting on this that made me think of Roneet.

Roneet led such an exemplary life and was always driven by doing what was right, even if it was difficult. She brought out such an outpouring of emotion, kindness, and beautiful sentiments after her passing because she was real, giving, caring, kind, and stood for always taking the right course of action. She lived a life that she could look back upon with great pride. She had her shortfalls like everybody but she was so driven by doing the right thing that these would manifest themselves out of a deep commitment to traveling down the ethical road that sometimes led her to be quite animated and forceful in sharing her opinions and concerns. Her commitment to you never wavered, however. She wanted you to lead a life of compassion, kindness, and ethics because she knew that it would be one filled with more meaning, fulfillment, and happiness. 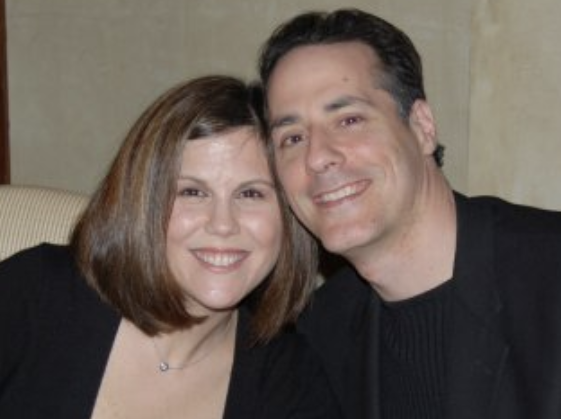 Warren Buffett has long recommended that before you take an action, reflect on how you would feel if it were reported on the front page of the New York Times as the bold headline. We all need accountability partners. If you don’t have someone you know to fill that role, then imagine the New York Times reporter as yours or some other powerful force to help pull you back from the edge. The ability/opportunity to create a space between stimulus and response can potentially avoid an action that can lead to a lifetime of regret. Enough preaching.

Now, what is my pet peeve related to the Wall Street Journal reporter’s business obituary of Hurd?

It was a bit subtle for me initially as the first time I read it I didn’t have much of a reaction. Upon quickly reflecting on it, however, I found myself getting pretty angry about what was written in the last sentence of the article. Here are the last two paragraphs so you can see what I found upsetting.

Prior to joining HP in 2005, Mr. Hurd spent 25 years working his way up the sales and marketing ranks at NCR, previously known as National Cash Register Co. He was named president in 2001 and CEO two years later.

When he took over NCR, it was struggling, coming off a year when it posted a loss of $220 million. He quickly moved to expand NCR’s reach and cut costs. Under Mr. Hurd, NCR fired employees, some who had spent their entire career with the company.

Talk about stabbing Hurd in the back! If a company lost $220 million and is on the wrong track then it’s imperative that changes need to be made, including reducing costs. And there is no way to spare people from getting laid off in that process. And yes, there may be people who spent their entire careers there who get laid off as well. If someone’s first job out of college was at NCR and he had been there one, two, or three years, for example, then his entire career was at NCR. I know the implication is that long-term, career employees were fired, but we don’t know anything about the number who were, how long they had worked there, and what kind of severance packages they received. This is not one of the reporter’s finer hours. That was a low blow as it implies something uniquely sinister to Hurd when it undoubtedly can be applied to any CEO leading a turnaround of a multi-billion dollar company. GE, IBM, major oil companies, automakers, are just a few that come to mind who have gone through wrenching restructurings who undoubtedly let go of “career employees”. To leave the reader with this as part of his legacy and the last thing written about him is rather appalling in my opinion. What about the billions of dollars he helped create in market value and how employees benefited from that or the communities or how he may have given back to causes that were important to him? None of these were mentioned.

Words really do matter, particularly when summing up someone’s life because he or she is no longer able to defend themselves.Click To Tweet

I think if the reporter (and editor) reflected upon what was written they would have deleted that sentence. Words really do matter, particularly when summing up someone’s life because he or she is no longer able to defend themselves. Of course, others can stand up for that person but it just doesn’t feel right to paint someone with that charge as if what he did was unusual and particularly heartless. The heartless thing would have been to let the business fail.

One comment on “Mind Your Legacy and a Pet Peeve”