The Discipline of Lee Kuan Yew - Transforming Wealth Into Well Being 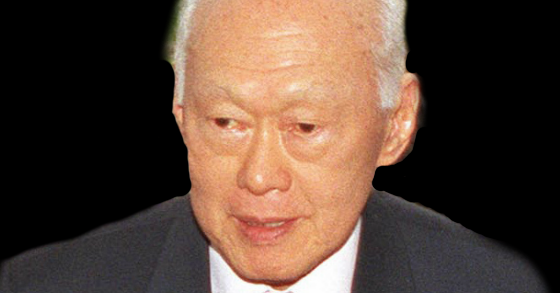 On my recent trip, I visited 10 countries in Africa and Asia. My last destination was Singapore. I had been there in 1999 and remember how impressed I was with the city-state then and departed this time even more so. Singapore became an independent state after being kicked out of the Malaysian Federation in 1965. It was led by Lee Kuan Yew for much of its over 50 years of independence. Lee died in 2015 and what he created is nothing short of a miracle. Lee is one of the most impressive country leaders in the history of the world. If that sounds dramatic and like hyperbole then don’t take my word for it.

Listen to Charlie Munger who said the following.

“[I]f you will make a study of the life and work of Lee Kuan Yew, you’ll find one of the most interesting and instructive political stories written in the history of mankind.

This is better than Athens, this is an unbelievable history. And you’ll learn a lot that will be useful in your own life.

So, my answer to you is: Don’t ask Charlie Munger. Study the life and work of Lee Kuan Yew, you’re going to be flabbergasted.”

If I hadn’t returned to Singapore, then Munger’s recommendation to study Lee’s life would have been enough. But after having gone there and contrasting it with formerly colonized countries like Kenya, Mozambique, Tanzania, and Myanmar and seeing how stunted their development is while Singapore has flourished catalyzed me into action to read more about Lee right away.

The following two graphs put this contrast into stark perspective.

The first is the per capita GDP of Mozambique which is depressingly low. It has hovered between approximately $200 and $600 for the last 35 years while Singapore’s has gone from about $5,000 to $55,000 during this same time. To put this in perspective the per capita GDP of the United States is approximately $57,000 so Singapore is very much a first world country. Now it should be quite understandable why Munger is so fascinated by Lee and suggests any serious student of leadership and business should study his life. So this is what I have been doing and I will be using the next few blog posts to discuss some of the most important takeaways for me.

Singapore has done a terrific job of transforming wealth into well being and this is particularly impressive given how multicultural the country is given its significant Chinese, Malay, and Indian populations. This is attributable to Lee as well as he had the foresight to design a highly integrated system to create opportunity for all ethnic groups. I will touch upon this in a future blog.

The one characteristic I will focus on of Lee’s this week before signing off is discipline. Lee was an immensely disciplined man. He believed that anything worth doing one should be disciplined about. He believed this because if you’re not then you’re going to have problems in the future as a result. And this is what impressed Munger so much about him. He handled things as soon as he knew they could mushroom into bigger issues.

Returning to Munger. He also had this to say about Lee:

“I think Singapore is the single most successful governmental system to exist in the world. They’ve taken a small swamp from nowhere to a very credible place and doing the Lord’s work in a number of very important ways, aside from their bringing in derivatives trading, even Heaven makes mistakes.

But that doesn’t mean I want Singapore tomorrow as the United States. But I think Singapore’s habit of stepping hard on things that will grow like cancer is the correct way to govern. In America, we tend to wait until they are unfixable and we want to fix them.

If you want to take a problem when it’s solvable and wait till it’s unfixable, you can argue you’re so damn foolish that you deserve the problem. And we have a system that is pretty irresponsible in many ways.”

Lee didn’t just apply a disciplined approach to running the country but to his personal life as well as he used it for exercise, diet, and learning Mandarin and meditation, just to name some areas of personal focus for him. He approached any task with seriousness and determination. He was very rigid in wanting structure in the most important aspects of his life. This included exercise. One of the books I read was based on the recollections of people who worked closely with Lee and what they learned from him. This is what one of his secretary’s said:

“Mr. Lee liked things done a certain way and he did not like disruptions to his schedule. We had an old exercise bicycle in the embassy which we would put in his hotel room every time he visited. One day, we decided to get a new bicycle because the old one was getting a bit worn. He was not pleased. He asked for the old bicycle back. It was good that we hadn’t thrown it away.”

There is so much to learn from Lee beyond his tremendous discipline and I look forward to shining a light on this extraordinary man over the next few weeks.