Living Up To The High Expectations of Dragon Parents 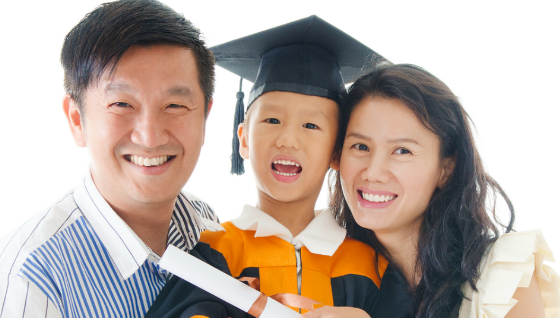 Michael Gershon was President George W. Bush’s speechwriter for the first 6.5 years of his administration. One of the most famous lines he wrote was “the soft bigotry of low expectations.” Some people thought that it was a bit harsh in that President Bush was saying that in some ways we’re putting more emphasis on compensating disadvantaged minorities by focusing on what obstacles they are up against rather than raising them up with higher expectations. Bush believed that we kept people down because we didn’t believe they could rise up.

I think most people would agree from their own experience that when parents and bosses have high, but fair expectations of you and have systems and processes to hold you accountable, you tend to do better than working under those that have lower expectations and are light on accountability. Sometimes people believing in ourselves more than we do can do wonders in terms of helping us accomplish more than we thought was possible.

Children Born in the Year of the Dragon

There is, of course, no biological reason why people born in a certain time period will be more successful economically versus those born in other time periods that may only be one to a few years apart. This then means that people who believe this is subscribing to a superstition. Regardless, these beliefs can be very powerful. In the words of the Grateful Dead,

“Believe it if you need it if you don’t then just pass it on.”

I’m sure most of us have some superstitions that irrationally affect our behavior if we think long and hard about it.

The authors quote research done by Benabou and Tirole, which I have subsequently read and will write about in the future, that I think has great application to not only why superstitions can be so powerful, but to investing and all aspects of life when it comes to making important decisions. It’s particularly relevant in today’s world of fake news, the intense partisan political environment, and the disturbing tendency of so many to see what they want to see and ignore disconfirming evidence. According to Benabou and Tirole,

“People thus hold certain beliefs in part because they attach value to them, as a result of some (usually implicit) trade off  between accuracy and desirability. Such beliefs will, therefore, be resistant to many forms of evidence, with individuals displaying non-Bayesian behaviors such as not wanting to know, wishful thinking, and reality denial.”

For our own psychological survival, we often resort to choosing desirability over accuracy because the pain of confronting that we might be wrong and what we have believed in may be false can be too painful and difficult to deal with such that we choose to ignore truth and accuracy to protect ourselves.

From the Chinese perspective, given this deeply held superstition, the researchers wanted to determine if couples changed their behavior to have kids in Dragon years and if these kids outperformed other Chinese children born in non-Dragon years from an educational standpoint.

There is clear evidence that Chinese couples want to have kids in Dragon years as the researchers found that marriage rates increase two years prior to the Year of the Dragon as couples prepare themselves to bring their one child into the world during a Dragon year. As an aside, the one zodiac year parents try to avoid having kids in is the Year of the Sheep. The birth rates are also higher as the following chart shows. During the last two Dragon years, there was a noticeable increase in births. 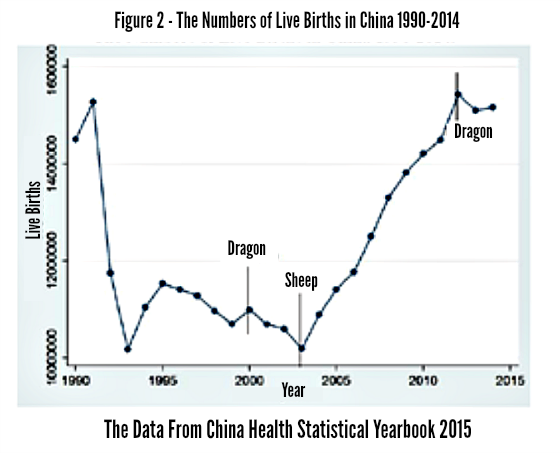 So how do these children perform? One would think that they may be more challenged given the competition is greater due to larger numbers of their cohort and teacher focus on them being more challenging given the higher student to teacher ratio. It turns out this is not the case as these kids produce better test scores and graduate from universities at a higher rate than non-Dragon kids.

Were these kids more advantaged than the other ones? No. On average, they did not come from higher income or better-educated homes. Did they have more self-esteem? This was no different either. So what was the cause of their success? Parental expectations.

The last two difference one may argue can cause more long-term harm than good but the study did not focus on maturity, self-reliance, or overall well being, just educational outcomes.

The authors unambiguously conclude that

So don’t be afraid to have high expectations for your children and for those who work for you or for yourself for that matter. And if you do, make sure you are fully invested in them (and yourself) in order to help them rise up beyond their own self-imposed limitations and to keep them on track by setting up systems and standards of accountability.

Forget about being a Tiger Mom. Strive to become a Dragon Parent or Boss!

Do you have high expectations for your children, for your staff and for yourself?