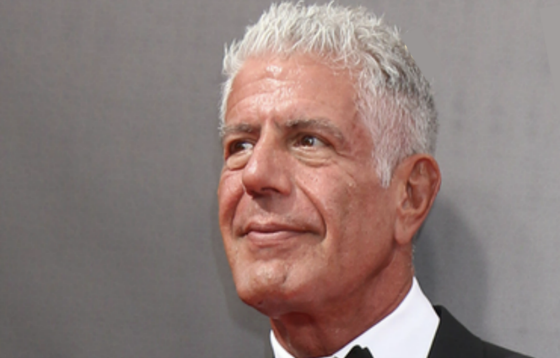 For this week I was originally going to continue my analysis of interest-rate cycles since last week, I looked at increasing interest rate cycles and I was intending to look at decreasing cycles this week. In light of the widely reported and fairly startling suicide of Kate Spade and now Anthony Bourdain, however, I thought I would deviate. These were terrible tragedies I felt worthy of commenting on.

While investing is the principal focus of my blog, it’s also important to realize that it has very little value if one is not able to extract meaning and joy out of one’s life to be able to endure the inevitable hardships and to reap the fruits of the seeds you have planted. In an ideal world, money can be an additive to one’s life. Unfortunately, this is not always the case as Kate Spade and Anthony Bourdain were presumably well off and had access to amazing experiences and material things and yet found themselves in great despair.

And while I do not want to overshadow the humanity of such tragedies, there are important lessons that can be applied to investing specifically and life more generally.

There is no way to improve financially over the long-term without taking some risk. The future is very hard to predict which means there are many different outcomes that can unfold. We have to make our bets with the best information we have and course-correct if necessary.

At the same time, however, as Nassim Taleb says, “You can be risk loving and yet completely averse to ruin.” It’s vitally important to not expose yourself to being wiped out financially. You want to always be on the field no matter the economic and financial environment.

Time is your friend when it comes to investing provided you have allocated your assets to industries and investment vehicles that can leverage off of the growth of the United States and global economy and can also provide some diversification when there are bumps in the road. Unfortunately, however,  too many people take themselves off of the field financially by taking on ruinous risk. Even if there was only a 5% chance of such an outcome happening there is no investment worth the upside potential if the downside can wipe you out. One must have staying power to manage through the downturns to reap the rewards of the up cycles.

The same of course is true for your life. And in some cases, the two can be interconnected. Financial ruin can lead to choosing to end one’s own life. There are also other decisions that may lead to incarceration or shame that can have the same end result. And then compound this with mental health issues and you have a myriad of catalysts for making such a drastic decision.

“suicide is a long-term solution to a short-term problem.”Click To Tweet

I’ve heard it said that “suicide is a long-term solution to a short-term problem.” Sometimes people can’t see a way out. It’s extremely important to evaluate every action and ask yourself whether this can lead to financial ruin (e.g. job loss, investment risk, divorce) or harm relationships, one’s reputation, one’s health, or result in the loss of one’s freedom. Stopping and reflecting on this can provide the space needed to avoid making an impulsive, negative life-changing decision. It is so important to create a space between stimulus and response and by asking this question we can improve the odds of having done so.

While I wish these two tragedies were relatively isolated incidents, the sad truth is that Spade and Bourdain are representative of a wider spread issue as the following headline shows that suicide has become a bigger problem in the United States.

Here is some sobering information from the article:

Since I like to combine philosophy with investing, I thought I would turn to some timeless wisdom to tackle such a weighty subject. So who do I turn to for insight and wisdom for a sensitive subject like this? Shakespeare, R.E.M., and Bono.

In Hamlet’s famous soliloquy he addresses one of the most profound questions a human being can ask: “To be or not to be”.  This human existence is a quandary. We know we’re going to die so we can either live in spite of that knowledge (“being”) or give up and live as nihilists and determine that nothing matters or choose to end our lives prematurely (“not being”).

It really comes down to those who choose to say “yes” to life versus the very tortured and unfortunate souls who wind up saying “no” as Kate Spade and Anthony Bourdain ended up doing. This is a deeply powerful subject and one that has been commented upon and written about by philosophers and deep thinkers over the millennia. Let’s return to Shakespeare.

To be, or not to be, that is the question:

Whether ’tis nobler in the mind to suffer

The slings and arrows of outrageous fortune,

Or to take Arms against a Sea of troubles,

And by opposing end them: to die, to sleep

No more; and by a sleep, to say we end

the heart-ache, and the thousand natural shocks

that Flesh is heir to? ‘Tis a consummation

devoutly to be wished.

Shakespeare is asking what is the better path? To absorb all of the trials and tribulations that life strikes us with or to fight back and eliminate them by ending one’s life and the pain and suffering that being human entails.

To die, to sleep,

To sleep, perchance to Dream; aye, there’s the rub,

for in that sleep of death, what dreams may come,

when we have shuffled off this mortal coil,

must give us pause.

Now doubt has entered his mind as one never quite knows what may happen in the after-life. We must take that into consideration before ending this life.

that makes Calamity of so long life:

For who would bear the Whips and Scorns of time,

the pangs of despised Love, the Law’s delay,

the insolence of Office, and the spurns

that patient merit of the unworthy takes,

with a bare Bodkin?

Hamlet then goes on to shine a light on some of the tortures and iniquities one must endure if we are to live a full life. They are not pretty but are very much part of the human condition.

Who would Fardels bear,

to grunt and sweat under a weary life,

but that the dread of something after death,

the undiscovered country, from whose bourn

no traveler returns puzzles the will,

and makes us rather bear those ills we have,

than fly to others that we know not of.

Thus conscience does make cowards of us all,

and thus the native hue of Resolution

Is sicklied o’er, with the pale cast of Thought,

And enterprises of great pitch and moment,

with this regard their Currents turn awry,

And lose the name of Action. Soft you now,

The fair Ophelia? Nymph, in thy Orisons

At the end of the day Hamlet is looking at suicide like an investor might a prospective investment: How certain are we of the outcome we are betting on and if it doesn’t happen, then can we live with the consequences?

There appears to be enough doubt in Hamlet’s mind that he may not be going to a better place no matter how seemingly painful and challenging this life experience may be currently. “Currently” is the operative word here because nothing is permanent and the pains and struggles will inevitably go away and they can be the fertilizer for catalyzing growth and transformation in our lives akin to living through the “dark night of the soul.”

Let me end this post with one more excerpt from the article and then turn to R.E.M. and their very poignant song about suicide called Everybody Hurts. Finally, I will end with something very uplifting from U2’s Bono.

“The problems most frequently associated with suicide, according to the study, are strained relationships; life stressors, often involving work or finances; substance use problems; physical health conditions; and recent or impending crises. The most important takeaway, mental health professionals say, is that suicide is an issue not only for the mentally ill but for anyone struggling with serious lifestyle problems.”

Michael Stipe painfully and hauntingly sings out the following advice that speaks to the heart of the issue referenced in the excerpt above: Everybody hurts but you are not alone and you don’t have to be alone.

When your day is long

The night is yours alone

When you’re sure you’ve had enough

Sometimes everything is wrong

Now it’s time to sing along

When your day is night alone (hold on)

(Hold on) if you feel like letting go (hold on)

If you think you’ve had too much

Take comfort in your friends

If you’re on your own

The days and nights are long

When you think you’ve had too much

So, hold on, hold on

You are not alone

If I haven’t brought you down too much let me end on a more upbeat note. This is from Bono from an interview he gave and I think it’s a great way to sign off:

“I mean the thing that experience has taught me, above all else, is the primacy of fun and frolics and devilment and mischief and joy as a defiant act against our mortality, and that brings us back to rock ‘n’ roll. That’s where U2 came from.”

Now go listen to some loud rock ‘n’ roll and don’t be afraid to dance!