Growth and Stability – How Could Apartments Ever Be Obsolete! 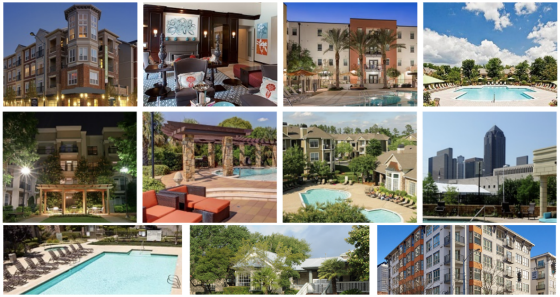 Last week we held our annual investor meeting and we had a record attendance of nearly 600 people (including employees). I told the audience that if we can grow our attendance by 7% every year that by the time we have our 100th annual meeting (this was year 49) then we should have over 11,000 in attendance. Not too far behind Berkshire Hathaway! That shows you the power of compounding. 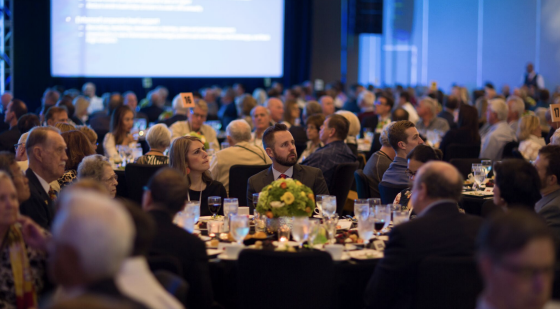 Besides presenting some of the yield curve research that I wrote about last week, I spoke about how at CWS we have tried to build and grow a company for all seasons. This requires that we have the resources and mindset to plant, grow, harvest, and to be able to survive inclement conditions like droughts and floods. It also necessitates that we plant the right seeds and cultivate the right environment. The following were some of the key characteristics of the right seeds that I pointed out to the audience:

The first five bullet points highlight the importance of long-term growth potential with manageable volatility while the last two focus on magnifying returns through the use of leverage and taking advantage of market cycle timing opportunities that can often result during downturns and when there is an abundance of capital and investor euphoria at tops.

Apartments fit the bill nicely in terms of meeting the above criteria. It is very unlikely they will ever be obsolete as an asset class and it is hard to disrupt well-located properties in growing cities. A premier location should be in demand provided the property is maintained well and the area is growing. Apartments can also offer opportunities for investors with the capital and courage to act during downturns to capitalize on compelling values available in the market. Because apartment lease terms typically average 11 months they reprice fairly often and it’s because of this that rents may be temporarily depressed due to heightened competition and/or reduced demand due to economic downturns. If one believes that the following chart is representative of the long-term trends for apartments, then investors should be able to look through the current rents as being depressed relative to trend and underwrite higher rents in the future that should materialize due to the combination of an economic recovery creating more rental households and constrained supply due to the downturn making credit much harder to procure for developers to build new properties.  Of course, there is risk present for investors even if the asset is purchased at a compelling value and resides in a premier location.  Geopolitical events, climate change, and disruptive technology can all impact any investment. 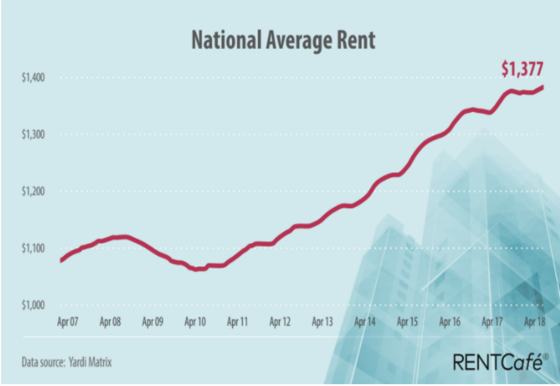 Because apartments are generally a well-performing asset class over the long-term with the potential for volatility due to oversupply and/or economic contraction or slow down, it’s important to have the financial staying power to manage through difficult times when they inevitably arise. The goal is to never lose quality properties with strong location characteristics during the downturn because they frequently recover all of their value when the next growth cycle kicks into high gear. To do this requires having long-term equity capital and long-term, flexible debt. We also want to make sure that our location choices are situated in economies that are on the vanguard of key industries of the future and innovating through powerful ideas and agglomerations to put those ideas into action.

It’s one thing to have compelling ideas and it’s another to be able to put them into action and have the resilience and experience to stay in the game when times get tough. We have tried to build such an organization at CWS by always putting preservation of capital first, investing our capital alongside our investors, and having the financial strength and reserves to keep clear-headed so that we don’t have to go all-in at the top or miss opportunities towards the bottom. We also have determined that it’s extremely important to control our own destiny by managing everything we own, doing very little third-party management, and having long-term debt and equity capital that is fairly flexible in the sense that we don’t have to create a liquidity event based on a predetermined time frame and our debt can be prepaid without costly penalties throughout most of the holding period so we can take advantage of opportunities to sell or refinance when we deem it optimal to do so.

Finally, as mentioned above, we want to be invested in dynamic, growing cities that we believe are magnets for the best and brightest. We have been focused on investing in cities with a large number of knowledge-based workers since the late 1990s. We are currently invested in the following cities:

I went back and looked at the population and employment growth of our MSAs and compared them to the United States after backing our metropolitan areas from the overall numbers. The following tables show how much more rapidly our markets have grown than the rest of the country.

One can see that the markets we have selected have outperformed the rest of the country in terms of population and job growth for the period in the table. And while part of the reason these metropolitan areas have grown more rapidly is because they have the land and less regulation to accommodate growth, it’s more important that they have high value-add industries that attract and retain the best and the brightest who are compensated well and can have a very high standard of living in most of these cities.

We believe that this is the right recipe for growth going forward and these areas should continue to outperform the rest of the country over the long term.

One comment on “Growth and Stability – How Could Apartments Ever Be Obsolete!”